Space experiment DART: what is it and what is its significance 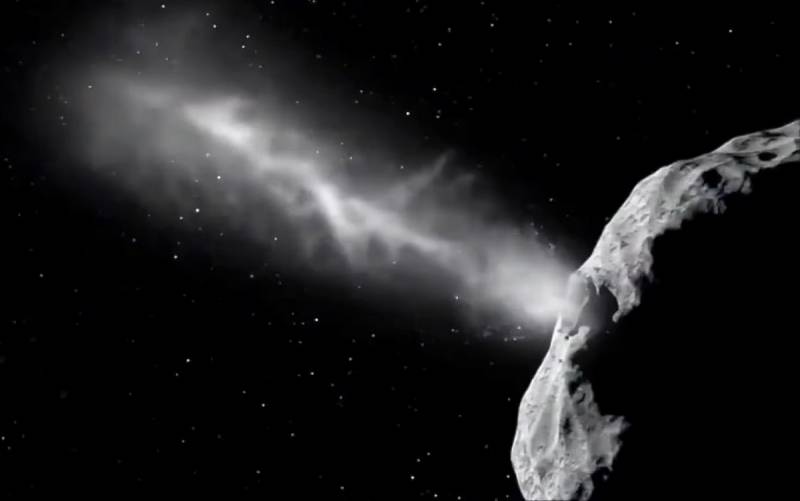 On September 27 at 2 am, the DART (Double Asteroid Redirection Test) space probe collided with the double asteroid Dimorphos, the flight path of which passes 10 million kilometers from Earth. What is the significance of this event?


The asteroid Dimorphos is a potentially dangerous cosmic body, a collision with which could threaten our planet in the separated future. DART is the first project in the history of world astronautics aimed at studying ways to change the orbit of large celestial objects, developed by NASA and the Johns Hopkins Applied Physics Laboratory.

The binary system of asteroids Didymos and Dimorphos, the largest of which reaches 780 meters in diameter, was chosen as the target of the DARTS mission. The task was to try to deflect the trajectory of one of the objects. The experiment went according to plan. Now the obtained data are being compared with theoretical models of the collision.

A video camera with a resolution of 5 megapixels and a viewing angle of 145 degrees, which was paired with an autonomous navigation system, was responsible for controlling the kamikaze probe. Thus, remote control of the device from the Earth was not required: DART controlled almost by itself. The final choice of the target was confirmed 4 hours before the approach, and the satellite camera also managed to capture the moment of the collision and transmit it to the control center.

The DART probe also conducted a remote video recording of a binary asteroid for 30 days. However, only in the last hour of the mission, Dimorphos and Didymos were marked by the probe's optics as two separate objects, and not a single entity. In the picture you see Dimorphos before the collision with the space reconnaissance.

Due to a 40-second communication delay between DART and Earth, scientists believed that its guidance system could give the wrong command and the probe would fly past, failing the mission. Fortunately, this did not happen. In addition, scientists received the world's highest quality photos of the asteroid, with a resolution of up to 20 centimeters per pixel. The latest images, taken right before the collision, clearly show the rocky surface of the celestial body.

DART and the asteroid crashed into each other at a speed of 24 km/h.

On the "deliberate collision with a piece of stone" NASA went for the safety of the Earth. This was announced last year by Thomas Zurbuchen, deputy head of the NASA Science Mission Directorate. According to him, the future of mankind depends on whether people learn to repel space threats. The American space agency is closely monitoring cosmic bodies that are potentially dangerous for us, which will not be able to completely burn out in the earth's atmosphere. Even though there is no imminent danger from the heavenly stones in the near future, we are not immune from such cases in the long term.

The DART space probe had a mass of no more than half a ton and crashed into an asteroid with a diameter of 160 meters. It was powered by an ion engine powered by solar panels and used inert gas as fuel.

Dimorphos is one of the smallest astronomical objects that has a name, and not just a number, as is customary in astronomy. Periodically, he and his "big brother" Didymos cross the orbit of our planet, but so far they do not come close enough to harm it. Thus, by the last launch, scientists insured themselves from the status of accomplices in a global catastrophe, because technology deviations of asteroids are just beginning to develop.

Incidentally, a collision with our planet of a cosmic body with a diameter of a hundred kilometers will be accompanied by a release of energy equivalent to the detonation of 10 atomic bombs. But colossal efforts are not needed to avert disaster: according to scientists, a deviation of a fraction of a degree is enough for the asteroid to miss the Earth.

How will research on asteroids continue?

At some distance from DART, the Italian artificial satellite LICIACube flew by, which was supposed to photograph the impact crater. Data from it will be received by NASA in the coming days. The event was also monitored by the Hubble and Webb space telescopes. Determining how much the asteroid's orbit has changed is up to the DART project team in the coming weeks. So we are waiting for some more interesting photos. There is already a good video recording of the satellite crash, made by the ATLAS telescope in real time.

The Hera probe is scheduled to launch in 2024 to study Didymos after a collision with DART. If the launch goes according to plan, in 2027 Hera will reach the point of closest approach to the target. In addition to assessing the consequences of the DART mission, this device will perform laser mapping of asteroid surfaces, as well as launch a cubesat (microsatellite) that will land on one of them.

The collision of the automatic DART apparatus with a space object that currently does not pose a danger to the Earth took place at 19:15 US East Coast time (02:15 Moscow time on September 27). The probe was launched by the American space agency NASA together with SpaceX on November 24, 2021. The purpose of the experiment is to work out a technique with which it will be possible to change the trajectory of movement of objects threatening the Earth. The launch was broadcast live on YouTube.
Reporterin Yandex News
Reporterin Yandex Zen
3 comments
Information
Dear reader, to leave comments on the publication, you must sign in.