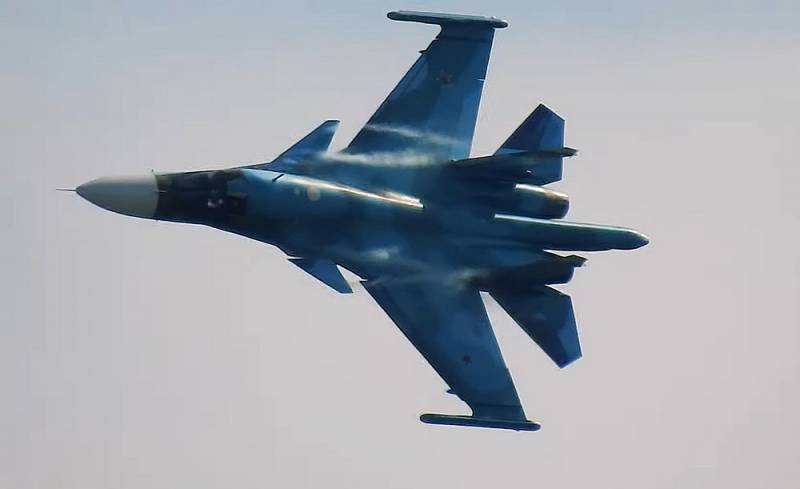 On September 24, near the city of Kupyansk in the Kharkiv region, on the retreat from the target destroyed as a result of the bombing in the "gray zone", a Su-34 of the Russian Aerospace Forces was shot down. The well-informed blogger Fighterbomber informed the public about this, citing interesting details of the recent rescue of Russian pilots during the NWO in Ukraine.


He noted that the crew was the most ordinary. The pilot was "Starley Petrukha", and the navigator was "Major Nikolaich". Immediately after hitting the plane, control failed. The bomber began to fall, and the crew experienced serious overloads, but the guys managed to eject.

The last thing the pilot noticed when leaving the cockpit was a height of 25 meters and the ground above his head. Two seconds later, the earth hit my legs with all its might, and the navigator's parachute dome went out nearby. Alive. Only something right hand for some reason does not rise. But it doesn't hurt. And that's all (the arm is broken in two places). He unfastened the suspension, looks, 10 meters away, Nikolaich lies motionless - he crawled: unconscious, but moving a little. Unfastened it too
- the blogger reports the details.

The pilot realized that there was very little time, since at any moment an enemy could appear who saw the opening of parachutes. Therefore, "Petrukha" grabbed the navigator and dragged him through the swamp to the nearest bushes, located 30 meters away, to hide.

Literally within 10 minutes, the Ukrainian military drove up in three cars. There were about 15 of them, and they started combing the surrounding area. The navigator also had a broken right arm, but the guys were able to get one grenade and a Stechkin automatic pistol (APS). They pulled the pin out of the grenade, cocked the APS, said goodbye to each other and began to wait. They were not going to surrender, they were preparing to take the fight.

Soldiers of the Armed Forces of Ukraine walked around, found emergency Mosquitoes and parachutes. Then some of them took what they found to their positions in order to lure Russian search and rescue helicopters there. The remaining soldiers of the Armed Forces of Ukraine were driven to comb the nearby village, thinking that the crew of the Su-34 hid there, but then artillery began to work. The Ukrainian military returned to their positions, from which they began shelling the surrounding area with small arms.

The radio was silent: both on the set frequency and on the emergency one, no one wanted to talk to our crew (at night there was a change in the search frequencies, but some deer forgot it or did not want to tell the crews)
- he explained.

The Russians were tormented by thirst, the water in the flask was over, so they drank straight from the swamp. So the crew waited for darkness. The GPS navigator showed that it was 50 km to the border, and the guys went on foot in the right direction. They wandered for a long time, carefully making their way to their own. In 13 hours, under the influence of adrenaline and painkillers, they managed to walk almost 30 km over rough terrain and reach a village.

The navigator's compression fracture of the spine began to make itself felt, so "Petrukha", after lurking his brother, went to reconnoiter the village. I saw some trustworthy grandfather and directly asked: “Are there Russians in the village?” “Yes,” said the grandfather and waved his hand at the hangar nearby. "Petrukha" returned for "Nikolaich" and dragged him to ours. And dragged it. They have arrived. Together. Crew. And there really were our
He summed up.