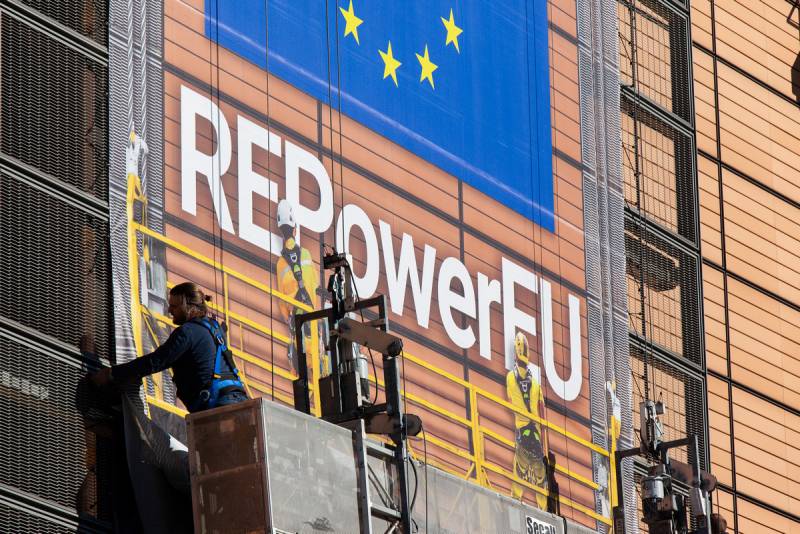 It was assumed that no new sanctions against Russia were to be introduced this year. Europe in terms of sanctions "creativity" is completely exhausted, and not least morally. However, the recent tough appeal by Russian President Vladimir Putin regarding partial mobilization has put the West at a standstill and the pose of a catch-up – they had to respond with sluggish threats and the introduction of some sanctions so as not to “lose face” of Russia's opponent.


In reality, the EU simply will not be able to do anything new or revolutionary, because although restrictions have a rather tangible effect on Russia, they still hit back at the EU itself and the Europeans. It would be easier then to completely shut down and stop the entire industry and energy sector of Europe, to freeze the voters, than to take desperate steps.

But Moscow has made a move, it's the EU's turn. The European Commission this Saturday organized meetings with senior diplomats to listen to proposals from EU member states before developing the next package of measures against Russia, which is expected to be presented next week. According to Bloomberg Europe, the proposals did not bring a revolution. Rather, there were answers to the question only about what exactly would not fall under the new restrictions. The discussion itself revealed all the fears and concerns politicians about the impact of the restrictions on themselves.

Diplomats have confidently said that nuclear power - the only remaining untapped "trump card" in the hands of the EU - is "unlikely" to be part of the new package, although Poland and the Baltic states have traditionally worked on a joint proposal to do so in new sanctions that also included focusing Western coalition on the Russian nuclear industry.

There will also be no attempt to introduce boundary gas prices. Instead, there will be marking time and the imposition of already imposed sanctions - for example, they will once again discuss an oil embargo. Politicians in the EU begin to repeat themselves and "stutter", smearing the tortured previous sanctions, going in circles over and over again.

It is now obvious that the new package of sanctions will become (if adopted) a model of concern for one's own security, rather than a measure attacking Russia. After all, in the new edition of the old proposals, any impact that can even slightly return as a boomerang is excluded. The Europeans who suffered from this returning weapon, who launched it themselves, now do not even want to disconnect Gazprombank from SWIFT, through which they pay for the energy resources they receive. Although such proposals sounded timidly.

Increasingly, there is talk not about new types and variety of sanctions, but about the development of a mechanism for their action, and so on. In general, frustration and fatigue from trying to keep up with the onslaught of Russia is obviously growing. Sanctions fanaticism, on the contrary, is decreasing. And not only among the population of the EU, but also among a large number of eurozone politicians.
Reporterin Yandex News
Reporterin Yandex Zen
1 comment
Information
Dear reader, to leave comments on the publication, you must sign in.