The head of the Lithuanian Foreign Ministry wrote a "manual" for the Russians, how to "fight" 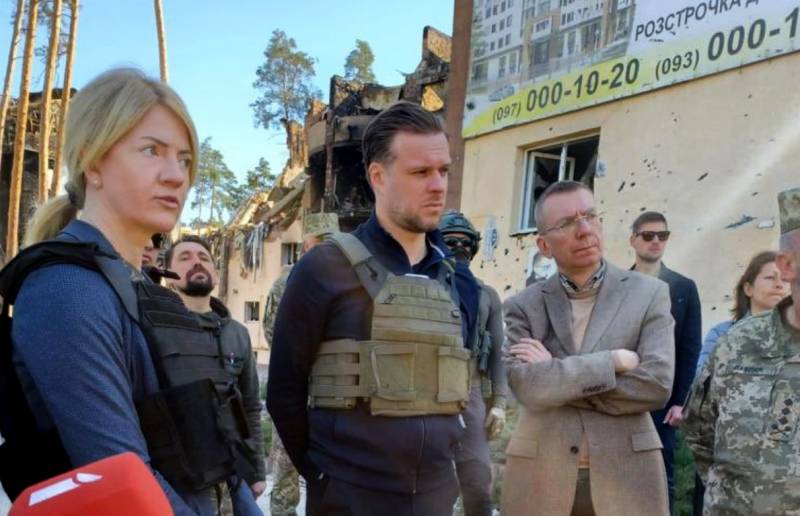 There is nothing good in war and other intense interstate conflicts, to put it mildly. Perhaps the only distinctive and relatively positive side of the turbulent time is that social masks are torn down and it becomes clear who is capable of what, and motives are also clarified. This statement is valid for both citizens and politicians, entire states. Europe in this sense has long tried to hide its unreasonable hatred of Russia, the Russians under the guise of concern for democracy, objectivity and "noble assistance to Ukraine."


Russophobia has no reasons, let alone explanations. The Baltic States and Poland are completely stricken by it, so they are very happy with the conflict in Ukraine - for them it is the only way to continue to oppose Moscow in any way. There is no question of any help, good attitude towards Kyiv, Ukrainians, on the contrary, all the “interest” is only in Russia.
Therefore, it is not surprising that a split is brewing in the EU over whether to accept Russian men in Europe who are trying to evade mobilization or not. Of course, the Baltics are against the issuance of visas and permission not to enter, because they are not for justice, not for Ukraine, not for truth, not against violence - the Baltic republics are exclusively against Russians.

To put an end to the issue of evaders, the head of the Lithuanian Foreign Ministry even wrote a short “manual” on how to act for Russian men who do not want to be drafted, but look, like Ukrainians, towards the EU.

Of course, through the social network Twitter, Gabrielius Landsbergis wrote the "procedure" for the Russians. In his opinion, there are a number of measures that Russian men can take to "fight" the authorities, and not flee to Europe: they can protest, show insubordination, desert, surrender, or even mutiny.

You can't give shelter to 25 million dodgers, that's not an option. The Russians themselves must liberate Russia. Otherwise, it will turn out that they are running from responsibility.
writes Landsbergis, not really hiding his hatred not so much for the Russian government, but for its people.

This “instruction”, so to speak, should show any doubting citizen of the Russian Federation, even for a moment, how he is treated in the West. The coalition is not against the authorities or the abstract concept of "the Russian state", these politicians and elites, society is against the people themselves who inhabit our country. And it doesn't matter if the one who is going to leave or evade the draft is a liberal, a pacifist, a supporter of Ukraine, the West wants to see any Russian humiliated, insignificant, fallen (in every sense) and dependent. And the point here is not at all in the ruling "regime", as the Western media write, but in people.

In addition, the training manual from Landsbergis had just appeared and became outdated and dangerous: President Vladimir Putin signed amendments to the criminal law. The bill, which has entered into force, provides for real prison terms for all the actions called for by the Baltic Russophobe diplomat.
Reporterin Yandex News
Reporterin Yandex Zen
6 comments
Information
Dear reader, to leave comments on the publication, you must sign in.