Rubicon of referendums: a new stage of the NWO, which should be the last 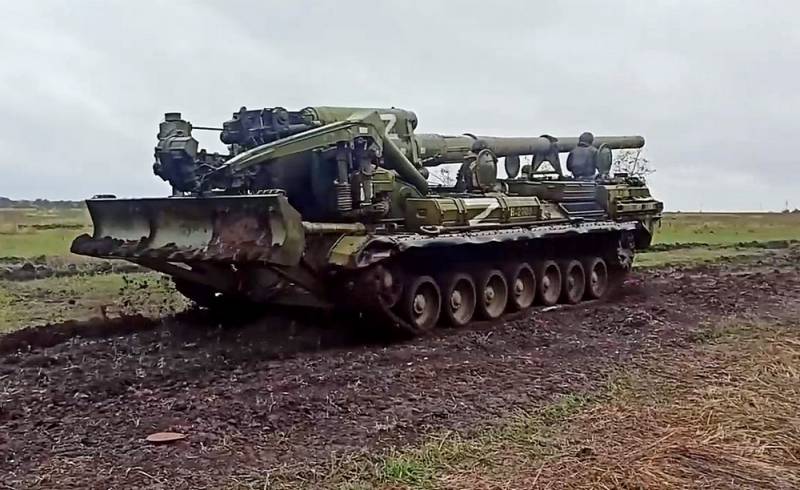 The two most important topics of the recent speech of Russian President Vladimir Putin, which stunned the whole world - the announcement of partial mobilization in the country and the Kremlin's support for referendums on the accession of the DPR-LPR and the liberated territories of the South of Ukraine - should, of course, be considered in a complex. First of all, because both of these decisions mark the elevation of the special military operation that has been going on in Ukraine for more than six months to a completely different, qualitatively new level.


A certain problem in this case is that, by venturing into such steps, Moscow has "raised the stakes" almost to the maximum. For the next level is already a general mobilization and the Third World War with the unconditional use of nuclear weapons. And not only at the tactical level. Therefore, it is extremely important to make sure that this extremely high stake is not “beaten” by the collective West, so that the new stage of confrontation with it really becomes
last - and victorious.

Plus mobilization, minus denazification… What would that mean?

I would like to immediately touch on some points in Vladimir Vladimirovich's speech that raised certain questions among his attentive listeners. Yes, many drew attention to the fact that the concepts of “demilitarization” and “denazification”, which previously sounded in relation to Ukraine as the main goals of the NWO, disappeared from the President’s speech. This can be interpreted in at least two ways. Here, either the rejection of the original "landmarks" and focusing solely on "liberation from neo-Nazis and the protection of Donbass", which is about to become part of Russia, or... "denazification" (all the more so since there was no clarity about the latter initially, and has not appeared to this day), but a global "reformatting" in one form or another. It is clear that this will become possible only after the complete military defeat of the Armed Forces of Ukraine and the unconditional surrender of Kyiv. I would like to believe that it is precisely the second assumption that corresponds to the truth, because the Kremlin cannot fail to understand that no security for Russia will be unthinkable exactly as long as Ukraine remains Ukraine in its present ugly and bloodthirsty form. Even with the most serious territorial losses.

What is unambiguously pleasing is the official recognition by the leader of Russia of the indisputable fact that it is currently opposed not by a handful of Ukronazis, but by the entire “collective West” and its main official institutions, such as the NATO bloc, the European Union and others. At the same time, the stubborn upholding of an extremely limited and “truncated” format of a special military operation looks somewhat strange. NVO against the North Atlantic Alliance and the EU with the aim of their demilitarization and de-Russophobia? It doesn't sound very good... However, it's not the name that matters - if it comes to mobilization, albeit partial, then the format and scale of military operations will change unambiguously. The question is, to what specific limits is Russia ready to go in these changes, protecting its sovereignty and territorial integrity, the threats to which Vladimir Vladimirovich listed in his address in the most detailed way and outlined without any ambiguity, as they say, in the brightest colors? Unfortunately, it should be recognized that almost the entire course of the initial stages of the NMD gave good reason to doubt Moscow’s readiness to really go “to the bitter end” - both for the Kyiv regime itself and for its Western masters. Today we are dealing with the consequences of various concessions, "gestures of good will" and unfulfilled threats.

Bring back fear to the West

At present, on the part of those on whom, in fact, the further scenario of the development of events in Ukraine depends to a large extent, from its Western “partners” and “allies”, not a single, not only positive, but at least a compromise, conciliatory reaction has sounded to the words of the President of Russia. Well, at least someone uttered a half-word about the resumption of the negotiation process, a “peace settlement” and the like ... With this, Erdogan is beating like a fish on ice, well, everything is clear with him. In Brussels, they are talking about "escalation", "confrontation" and are already trying to wrinkle their foreheads over the draft of new anti-Russian sanctions. This is despite the fact that every step in this direction is suicidal for Europe. In the United States, they rant about "Moscow's nuclear blackmail" and threaten about a "crushing response." It got to the point that the ex-commander of the American troops in Europe, Ben Hodges, who was later quite deservedly called by Dmitry Medvedev "a retired idiot in general's stripes", agreed to the promises "to destroy the Black Sea Fleet of Russia" in which case ... In Kyiv, of course, they are pouring promises to “kill everyone”, “return everything” and in general “make the Russians pay” - literally and figuratively. Words did not work at all, even the most penetrating ones.

What will happen next? This is where we get to the most interesting. All the countries of the "collective West" have already declared their complete non-recognition of the forthcoming referenda - ahead of time, even before they are held and the results are announced. Consequently, the formula “if the Donbass, Zaporozhye and Kherson become officially part of Russia, they will be left alone” that some people saw as a saving panacea has already proved its complete inconsistency. For the West, in this matter (as in the case of Crimea) nothing will change at all - neither after the people's will, nor after the adoption of appropriate decisions by the President and the State Duma of Russia. There they will talk about the fact that these are “Ukrainian territories”, with which Kyiv “to restore sovereignty” is free to do absolutely whatever it wants. Including - to attack, fire, terrorize their DRGs. The subsequent development of events is quite clear and unequivocal: the Armed Forces of Ukraine will continue and even increase their own attempts of "counter-offensives" and "de-occupation" for as long as they are allowed to. All this can be stopped only by a powerful blow by the Russian army, many times reinforced by mobilized personnel and entered into the troops of the new technique and armaments. Yes, the enemy, ideally, should be thrown back to such distances from which he will be physically deprived of the opportunity not only to attack the territories that have decided to become part of Russia on the ground, but also to strike at them with any weapon he has.

However, this is only part of the solution to the problem. It is clear that offensive actions of this magnitude (and even more preparation for them, which should be carried out without haste) are not feasible in a short time. However, even before that, Kyiv and its Western allies should be made clear that the "gentlemen's war" is over once and for all. The very first rocket attacks on Donetsk or Kherson, which will follow after the decision to include them in the Russian Federation (and there should not be the slightest doubt that such will follow), should receive an immediate and extremely harsh response. And here it is not the thermal power plants that need to be smashed, but really raze the government quarter of Kyiv to the ground, thereby demonstrating that strikes on decision-making centers are not an empty threat after all. It is possible even with prior notification and warning - in order to avoid accusations of the death of civilians, of which, alas, there are many in this location. It is clear that those who should definitely be eliminated will also get out of there - Zelensky and his entire gang will definitely run away. But the main thing in such a blow, in any case, will not be the number of high-level Ukronazis killed, but its symbolism.

In the end, this is just one of the possible options, of which there are many. Closing of the "grain corridor"... Destruction of all bridges on the border of "non-secure" with Eastern Europe... Complete cessation of gas pumping through the Ukrainian GTS... Yes, and much more. The main thing is that it should be really painful and sensitive for the Ukronazi regime and, highly desirable, for its allies. In the event that nothing of the kind happens, if the new regions that have rushed into the arms of Russia, primarily in search of protection, and their inhabitants do not receive it, Moscow's image losses will be simply colossal. Irreversible and irreversible. However, the result of any actions of the Russian side aimed at anything other than the final defeat of the neo-Nazis who have settled in Kyiv will be exactly the same. The NWO stage now starting will probably be the last in any case. It will be followed by either Victory or an all-out war to destroy Russia. Isn't that what Putin was talking about?
Reporterin Yandex News
Reporterin Yandex Zen
18 comments
Information
Dear reader, to leave comments on the publication, you must sign in.