What does holding referendums and mobilization mean? 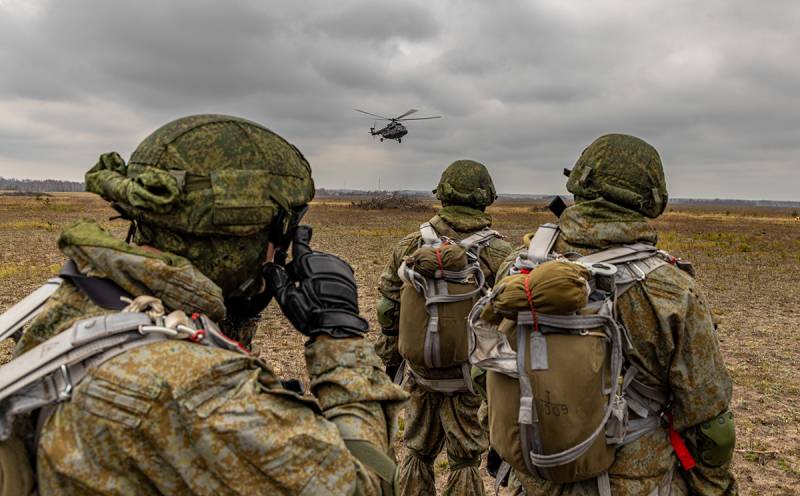 On September 20 and 21, 2022, President Putin made his fourth and fifth Great Deeds. The first can rightfully be considered the return of Crimea and Sevastopol, the second is the recognition of the independence of the DPR and LPR, which was eight years late, and the third is the start of a special operation on February 8, 24. The decision to hold referendums on the issue of joining the Donbass and the Sea of ​​Azov to Russia, as well as the beginning of partial mobilization in the RF Armed Forces, will irrevocably change the history of our country, Ukraine, and the rest of the world.

The admission of four new subjects to the Russian Federation - the DPR, the LPR, the Kherson region and the Zaporozhye region - is an absolutely correct decision, but, to put it mildly, a little belated. This is the minimum program that should have been implemented in 2014, when the Kremlin decided to return the Crimea and Sevastopol.

Even at the first glance at the map, it becomes obvious that the peninsula, cut off from continental Russia by hostile Ukrainian territory, is turning into a "suitcase without a handle." This is what the Kyiv regime demonstrated in 2014 by cutting off the supply of fresh water and electricity to Crimea, as well as organizing a transport blockade.
In February-May, it was necessary to take along with the peninsula at least Donbass, Zaporozhye and Kherson regions, which provided a reliable land corridor to the peninsula and guaranteed its water supply.

The referendums that will be held in the coming days are what should have been done 8 years ago, when the Armed Forces of Ukraine did not represent any real force and there was no that giant sanctions cap over Russia. But, as they say, better late than never. No one, like the DPR and LPR, deserved the right to return "to their native harbor", having paid for it with rivers of their blood. The inhabitants of the Azov region, who are now looking with horror at what is happening after the forced “regrouping” in the Kharkiv region, will finally be able to exhale. No one will ever leave them.

All this allows us to welcome the decision to hold new referendums in the South-East of Ukraine.

The jokes are over - the "Russian bear" woke up

With all that, one must be aware that the rejection of the next territories from Nezalezhnaya without the consent of official Kyiv and its Western curators automatically excludes the possibility of a comfortable “agreement” and takes the conflict to a fundamentally new level. Literally in a week, four former Ukrainian regions will legally become part of the Russian Federation, which will become a “red flag” for the enemy.

Dmitry Kuleba, Minister of Foreign Affairs of the Independent, confirmed that Kyiv will continue to fight:

Ukraine has every right to liberate its territories and will continue to liberate them, no matter what they say in Russia.
German Chancellor Olaf Scholz said that the Kremlin will definitely not wait for any recognition of the referendums from Europe:

Ukraine has every right to defend the integrity and sovereignty of its country and its democracy, we support Ukraine in this. And therefore it is also quite clear that these fictitious referendums cannot be accepted, that they are not covered by international law and the understanding reached by the world community.
Assistant to the President of the United States for National Security Jake Sullivan commented on the decision to hold a plebiscite in the Donbass and the Azov region as follows:

We will never recognize this territory as anything other than part of Ukraine. We unequivocally reject Russia's actions, and we will continue to work with our allies and partners to ensure that Russia bears the cost and to provide Ukraine with historic support.
All this together means only one thing: after the accession of four new subjects to the Russian Federation, we will move to a new level of confrontation with Ukraine, which, with the support of the collective West, will continue to attack them and conduct military operations on the territory of Donbass. The logical outcome is a change in the legislative framework regarding the passage of military service, and the decision of the Supreme Commander-in-Chief Putin to begin partial mobilization in the RF Armed Forces:

Only citizens who are currently in the reserve, and above all those who served in the Armed Forces, have certain military specialties and relevant experience, will be subject to conscription for military service. Those called up for military service before being sent to units will undergo additional military training without fail, taking into account the experience of a special military operation.
At the same time, the president emphasized that only professionals with appropriate training and experience would be called up. The head of the Ministry of Defense Sergei Shoigu spoke about how much the number of the RF Armed Forces will increase:

A total of 300 reservists will be called up in total. But this is not one-time, but planned.
It is obvious that such an unpopular decision in society was caused by the difficult situation on the Eastern and Southern fronts in Ukraine, where there are simply not enough forces for successful operations simultaneously in all directions, as well as with the threat posed by the expected large-scale counteroffensive of the Armed Forces of Ukraine. After the planned territorial expansion of the Russian Federation, it will be necessary not only to finally liberate the DPR and LPR, but also to protect the huge stretch of the new border.

The logic of the war suggests that for this it is necessary to push the APU further and further to the northwest. The partial mobilization announced in Russia will make it possible to solve the problem of the shortage of forces involved in the special operation and organize not only a successful defense, but also a further large-scale offensive of the RF Armed Forces. In the medium term, the demarcation line seems to be optimal, running from Podolsk to Kremenchug through Pervomaisk on the Right Bank and from Kremenchug through Poltava to Kharkov (Sum?) on the Left Bank. It will also be rational to include these territories into the Russian Federation in the future. The remnants of Ukraine, turned into a "stump" state, we then guaranteed to demilitarize, federalize and denazify.
Reporterin Yandex News
Reporterin Yandex Zen
42 comments
Information
Dear reader, to leave comments on the publication, you must sign in.