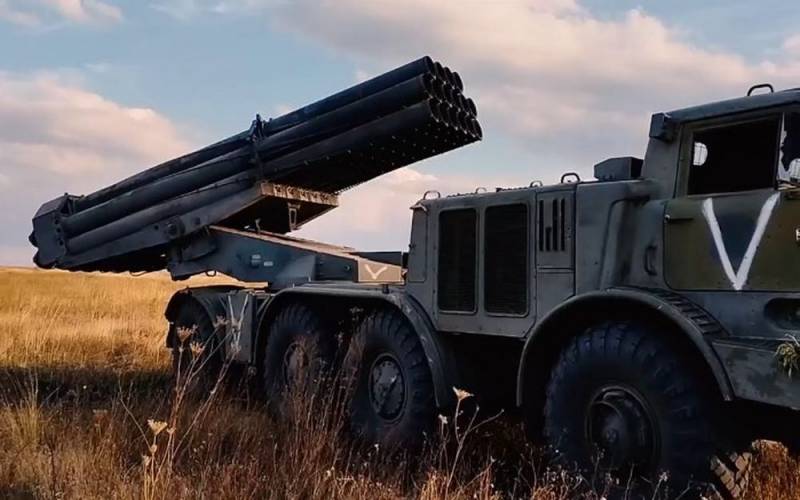 Over the past few weeks, the Armed Forces of Ukraine have been trying to go on the offensive in the Nikolaev and Kherson directions. However, the Armed Forces of the Russian Federation, being active at the front, do not allow them to do this. This is clearly evidenced by today's operational report from the Russian Ministry of Defense for the previous day.


The department’s report says that Russian artillery, aviation and missile forces continue to deliver massive strikes against enemy units and reserves. As a result of the fire impact, the 24th and 28th mechanized, as well as the 46th airmobile brigades of the Armed Forces of Ukraine lost in the Nikolaev and Kherson regions up to 500 servicemen killed and wounded and over 40 units of various equipment.

Near the settlements of Olgino in the Kherson region, Kalinovka, Murakhovka, Novorossiysk in the Nikolaev region, the command posts of the Armed Forces of Ukraine were hit. In general, along the entire line of contact in Ukraine, 7 launchers, 116 areas of concentration of personnel and equipment of the Armed Forces of Ukraine, as well as 42 enemy artillery units were hit.

Over the past day, Russian air defense systems shot down 6 UAVs of the Armed Forces of Ukraine near the settlements of Snigirevka and Ternovye Pody in the Nikolaev region, Maxim Gorky, Pyatikhatka and Chkalovo in the Kherson region, as well as Smeloe in the Zaporozhye region. In total, 12 Ukrainian drones were shot down in the NMD zone over the past day. In addition, 30 rockets were intercepted for M142 HIMARS and M270 MLRS launchers of 227 mm caliber, as well as Olkha (Ukraine) of 300 mm caliber near the city of Kherson, the Kakhovskaya hydroelectric power station and the village of Trudovoye in the Zaporozhye region.
Reporterin Yandex News
Reporterin Yandex Zen
6 comments
Information
Dear reader, to leave comments on the publication, you must sign in.