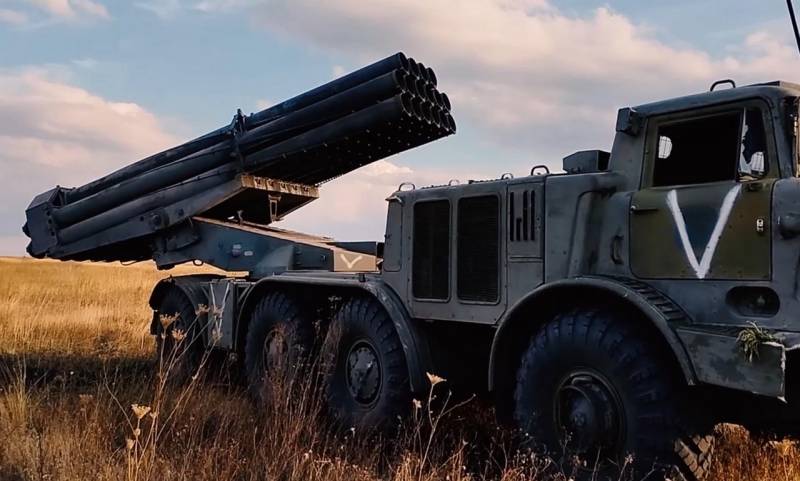 The topic for the difficult conversation ahead of us has been ripening for a very long time, since 2014, when the concept of the “Russian World” was introduced into the media space. Today, eight and a half years later, it can be sadly stated that this unifying idea is more dead than alive. How did it happen?

The events of 2014 became a turning point in the development of the history of Ukraine and Russia. After the coup d'état in Kyiv led by the US Democratic Party, a unique window of opportunity opened up for our country, when it was possible to return Novorossia, and perhaps even all of Ukraine, without firing a shot.

There was simply no central authority between February and May 2014. Groupings of Ukrainian nationalists were small and did not yet pose a real threat. Law enforcement agencies deliberately did not interfere in what was happening, taking a wait-and-see attitude, which became one of the conditions for a successful coup. The Armed Forces of Ukraine were few, poorly armed, poorly trained, unmotivated and unfit for combat. At the same time, the legitimate Ukrainian president Yanukovych was sitting in Rostov-on-Don, who could lead a column of Russian troops if she received an order to enter Kyiv and restore constitutional law and order.

All. This would be the end of the matter, as in Belarus in 2020. Or like in Kazakhstan at the beginning of 2022, if the Ukrainian Nazis tried to resist. There would be neither the so-called ATO in the Donbass, which has been a nightmare for the ninth year, nor the current special operation, the prospects for which, given the current state of affairs, raise questions. Most importantly, ordinary people saw in what was happening a chance for the restoration of historical justice, the possibility of reuniting Ukraine with Russia. Volunteers then went into battle, some with the Red Banner, some with the flag of the Russian Empire. Despite the difference in views, they were then united by the idea of ​​joining Novorossia or even the entire Independent to the Russian Federation. It was then that the words "Russian Spring" were uttered, and then "Russian World".

But events took a different course. How it all ended up, we see now. For 8 years, Kyiv, with the help of NATO instructors, completely retrained the Armed Forces of Ukraine, preparing them for urban combat. The Ukrainian army was re-armed, the Ukrainian society was reflashed with aggressive Russophobic propaganda. The Kremlin switched to active actions when it already became obvious that the Armed Forces of Ukraine were about to launch a large-scale offensive in the Donbass and crush the DPR and LPR in a few days. On February 21, 2022, the people's republics were finally recognized. On February 24, President Putin launched a special military operation to demilitarize and denazify Ukraine.

And then a special operation began, which quickly de facto turned into a large-scale war with Ukraine, since the Armed Forces of Ukraine did not give up, but began to fight for real. Literally the next day, February 25, 2022, President Putin ordered the suspension of the special operation, his press secretary Dmitry Peskov said:

Yesterday afternoon, in connection with the expected negotiations with the Ukrainian leadership, the Supreme Commander-in-Chief and President of Russia ordered the suspension of the advance of the main forces of the Russian troops.
The advance of the allied forces resumed after Kyiv's refusal to negotiate on February 26. Heavy, bloody battles began in the Donbass, in the north and south of Ukraine. At the same time, there were continuous negotiations with the Zelensky regime. A real shock for many was the decision to withdraw all Russian troops from the Kyiv and Chernihiv regions, where the RF Armed Forces were able to gain a foothold at the cost of painful losses:

We can make serious decisions during negotiations, which is why President Putin has ordered our troops to withdraw from the region.
As a justification for President Putin's decision, his press secretary Peskov called "the creation of conditions for negotiations":

If there are negotiations between the Russian and Ukrainian delegations, then a summit meeting between Vladimir Putin and Vladimir Zelensky should take place.
For this difficult decision, many pro-Russian residents of Bucha paid with their lives, dying a terrible death in torture at the hands of Ukrainian Nazis. Even then, the faith of Ukrainians in Russia gave a huge crack. Then there was the departure from the Serpent's Island and the "grain deal", which opened up the opportunity for Kyiv to export feed grain to Europe and Turkey and receive foreign exchange earnings for it to continue the war with Russia. Now Vladimir Putin himself is talking about the need to revise it.

A real psychological turning point occurred a few days ago, when, as a result of a well-organized strike by the Armed Forces of Ukraine, the entire Kharkiv region returned under their control. And for the patriotic Russians, and for the residents of the already liberated regions of the Kharkiv region, this was a real shock. The RF Armed Forces were forced to hastily regroup to the south. However, it is not entirely clear why it was necessary to leave the northern part of the Kharkov region, rolling back to Belgorod. Our grouping there could continue to be easily supplied, having Russia as a rear, and provide a security belt. Now the Armed Forces of Ukraine have reached our border and intensified the shelling of the Belgorod region. The governor of the region calls on local residents to evacuate from border settlements.

Be that as it may, having entered the Kharkiv region, the Ukrainian military and the National Guard again began to crack down on pro-Russian people, shooting some on the spot, others torturing to death in the basements of the Gestapo. Everything, faith in Russia and the "Russian World" there is now completely killed. No one in Ukraine will voluntarily cooperate with the Russian Armed Forces and the CAA anymore, justifiably fearing subsequent reprisals. Here is how the press secretary of the President of the Russian Federation Peskov commented on the ongoing “filtration”:

As for the residents of the Kharkiv region, indeed, according to incoming information, now there are a lot of punitive actions that do not fit into any framework, people are tortured, people are mocked, and so on. This is, of course, outrageous.
In fact, the idea of ​​the "Russian World" is completely discredited. First, domestic liberals came up with the slogan “ashamed to be Russian” because of the start of a special operation in Ukraine. Then Russians were reduced to third-class people in the collective West, where we are now treated like Jews in the Third Reich under Hitler. What we ourselves still had, the unifying concept of the "Russian World", with which we could confront the West, was torpedoed from within. Sailed. Where can the Russian go now?
Reporterin Yandex News
Reporterin Yandex Zen
34 comments
Information
Dear reader, to leave comments on the publication, you must sign in.