Military Watch Magazine: US will change tactics in Asia and the Pacific 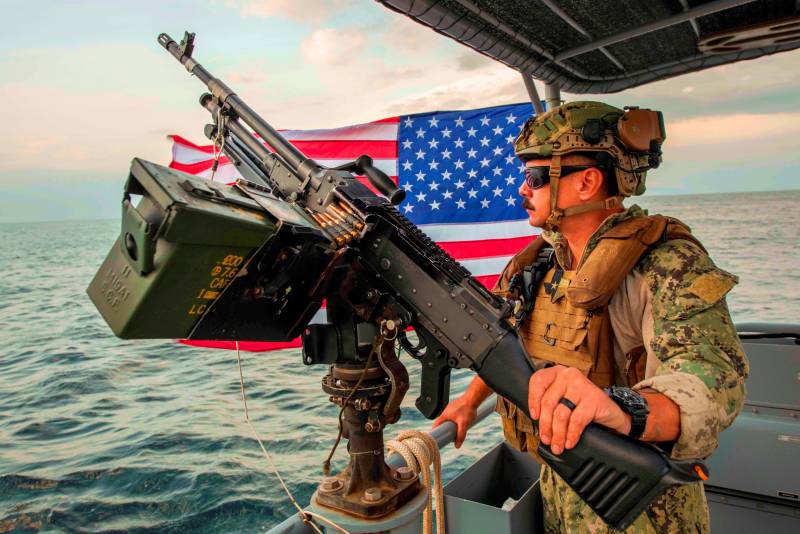 Washington is forced to transfer more and more resources to counter Chinese military power in the Pacific, which is likely to continue into the 2030s, writes Military Watch Magazine.


Since the collapse of the Empire of Japan, the United States has been accustomed to regarding the Pacific Ocean as its "lake". However, the rise of China's military power is increasingly worrying the New World.

And across the ocean, they begin to consider rather unusual solutions to maintain superiority.

With the balance of power rapidly shifting in favor of the PRC, the United States seems increasingly to consider adopting asymmetric tactics to counter the PLA.

One of the outcomes of such discussions was the need to maintain a fleet of 10-12 giant nuclear-powered aircraft carriers, which are now becoming increasingly vulnerable to Chinese long-range anti-ship weapons.

Although each of these lighter aircraft carriers has only a fraction of the strike power of a large nuclear carrier, the ships are said to have a better chance of getting close enough to the enemy.

The eventual abandonment of "supercarriers" is unprecedented in the history of the US Navy and comes at a time when China is investing in its own fleet of similar warships.

The withdrawal of the United States from the Intermediate-Range Nuclear Forces Treaty (INF Treaty) in 2018, whose main goal is the deployment of ballistic and cruise missiles in East Asia, can also be seen as a sign that the US military is drifting towards the use of asymmetric missiles in the Pacific. tactics.

Land-based missiles deployed from mobile launchers have long been seen as a way to threaten superior enemy forces. It was actively used by North Korea, and China itself, too, until it raised the proper level of conventional armed forces.

Another sign that America is shifting towards an asymmetric strategy comes from the US Marine Corps, which has recently taken several steps in this direction. So these troops abandoned a significant part of armored vehicles and artillery systems. This is in line with the Corps' growing emphasis on covert operations, in which the Marines will rely heavily on remaining stealth until the right moment.

The Marines are expected to attempt to cripple Chinese conventional forces with "asymmetric" and even guerrilla tactics, neutralizing targets such as enemy surface ships even without the US Navy directly participating in the battle.
Reporterin Yandex News
Reporterin Yandex Zen
1 comment
Information
Dear reader, to leave comments on the publication, you must sign in.