Elizabeth is dead, long live Elizabeth: where Prime Truss will lead the UK 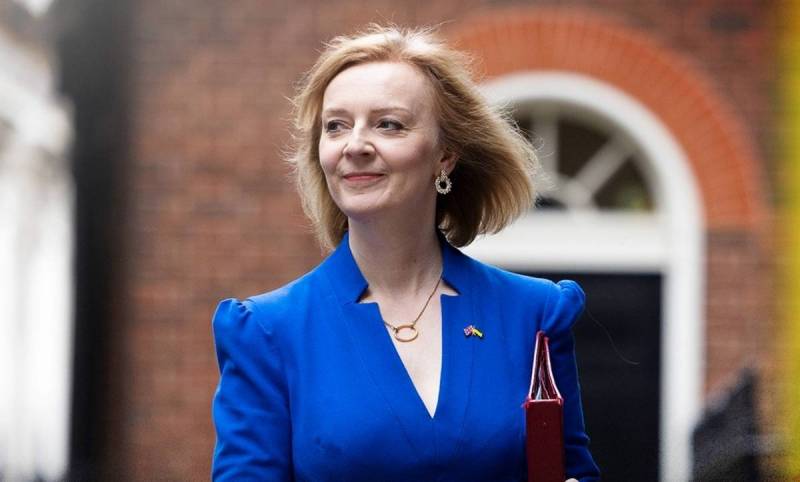 So, yesterday, September 8, in the 97th year of life Queen Elizabeth II dies. Of course, we are not on the wrong side of the globe to fall into mourning, but it should be noted that the person was still iconic - even in the “decorative” quality that the British monarch has from the point of view of a resident of the continent. Since last night from the big political figures of the 20th century, only the last of the Mohicans remained among the living - former US Secretary of State Henry Kissinger.


However, shortly before her death, the Queen still managed to approve a successor to the post of the main Elizabeth of all Britain - the new leader of the Conservative Party and Prime Minister Liz Truss.

The victory of the latter in the elections became known on September 5. A little clarification needs to be made here: in British state practice, it is customary that the monarch appoints the leader of the party that has a majority in parliament as prime minister; and who the party will nominate is its internal affair, not concerning any others. After several rounds of voting among Conservative MPs, Johnson's Treasury Secretary Rishi Sunak won with 137 out of 250 votes, or 54,8%, after the elimination of competitors. This became known as early as July 22, and since then the intrigue has been in who the "street" conservatives, ordinary members of the party, will vote for.

The struggle, as you know, was equal, two almost parodic characters fought (as, in fact, their leader, Boris, who retired). Truss still managed to convince the electorate that she was a more solid candidate than the "guest worker" Sunak, and gained 81, or 326% of the popular vote. On September 57,4, with a forced departure from the traditional protocol, the already very bad Elizabeth II blessed Truss to the kingdom.

It's funny that at one time the young Lizzy Truss, who was just starting her political career in the Liberal Democratic Party, declared from the rostrum about the "injustice" of the British state, which "is supplied with rulers by a single surname." They say that Elizabeth remembered this moment - naturally, with a negative connotation. It is not surprising that the official smile that the queen bestowed on Truss when meeting face to face smacks of malice: "Come on, baby, show me how to rule the empire!"

Deputy Chairman of the Security Council of the Russian Federation Medvedev commented on Truss's entry into office in a harsh manner characteristic of him recently: he called her a "thermonuclear Russophobe" and "incompetent." However, in British social networks, jokes like “Trasse is like Thatcher, only stupid” also walk about this. And if there is absolutely no doubt about the Russophobia of the new prime minister, then what about the competence?

In general, its level is characterized by the very fact that Truss climbed into the prime minister's chair at such a problematic time - normal (that is, cunning, greedy and cynical) Western politicians usually try to avoid responsibility. The exceptions are either really patriotic (with certain reservations) minded bulldogs like the luminary of British politics, Churchill, or gentlemen, overly self-confident.

The trails are much more reminiscent of the second type. True, the nickname Storm has already managed to gain a foothold on her, but not because of some special “terribleness”, but after her speech on the occasion of the appointment, in which she said: “Together we can weather the storm” - a storm, to inflate which she herself Truss put in a lot of effort.

Having barely taken office, the new prime minister has already managed to raise several storms of indignation. In the British media and social networks, the selection of ministers for key cabinet positions is actively discussed: the only white man among them was Defense Secretary Wallace, who retained his post, and the rest are either blacks, or women, or black women. Of course, there is no crime in this, but conservatives - that is, the right - such an “inclusive” approach cannot but “please”.

In addition, the choice of Truss still gives rise to objective accusations of nepotism. It is known that the new Minister of Health Coffey (who is just compared with Churchill - Churchill in a wig and women's dress) has very close, friendly relations with Burya, and Finance Minister Kwarteng, according to a number of reports, had an intimate relationship with the current boss.

According to rumors, the appointment of Truss was perceived without much enthusiasm in the US State Department, where she was remembered as “inflexible” and “too straightforward” (read “not able to keep her mouth shut”) even when she was Foreign Secretary. Last fall, there was a rather tough squabble between her and Blinken, whom she told that Canada, Mexico and Brazil were more important trading partners for the UK than the US. The State Department fears that Truss will start defiantly “independent” line, undermining American geopolitical plans.

At the same time, even before taking office as prime minister, Truss blurted out her intention to declare China a “critical threat” to British national security. It is not difficult to guess what economic and political consequences this will lead to. The first and most important threat remains unchanged - this is Russia, with which Truss does not intend to refuse confrontation. Characteristically, Zelensky was one of the first to congratulate the heiress of his friend Boris; As for ordinary Britons, Truss's promises to continue to support fascist Ukraine with money and weapons at the expense of taxpayers did not cause delight in them - I wonder why?

As you call it, so it will float

As already mentioned at the very beginning, it is difficult for non-British people to understand the real significance of the monarch's personality in the picture of the world of the islanders - and it is very large, especially since Elizabeth II stayed on the throne for 70 years. Against the backdrop of the heap of problems that "Boris Johnsonyuk" who escaped from his post left the country and his successor, inflated military hysteria, the death of the Queen is perceived by many Britons as a truly apocalyptic sign.

And, in general, not in vain. In essence, Britain is on the verge of a crisis comparable to the years of the Second World War - but approaches it without a huge colonial empire, due to the robbery of which it survived at that time. For the archipelago, poor in its own resources, both winter and next spring will be even harder than for the rest of Europe.

The limit on energy prices adopted by Truss will not make much easier for the share of the ordinary population: the established "ceiling" is twice the average amount that a household paid for energy last year; in addition, it is not a fact that it will be possible to maintain it for any long time against the backdrop of galloping fuel price tags.

At the same time, the government fears that the population, inspired by the "bounties" from the lord's shoulder, will begin to wastefully burn electricity and overload the power grids of the islands. Quite schizophrenic cost-saving measures are proposed to prevent blackouts, such as a ban on the use of the stove between 14 and 20 pm and the closing of all pubs at 21 pm.

However, forecasts based on complaints from tavern owners say that during the winter, 6 out of every 7 pubs will close due to unprofitability. Up to a quarter of the population fears that they will not be able to afford heating at least one room due to the prohibitive high cost. True, it is not clear whether bills will come: the energy crisis threatens, among other things, with interruptions in the power supply of state institutions, so the question of returning to the use of carbon paper (and, apparently, mechanical typewriters) in the workflow is officially raised. In addition, British postmen are planning to start strikes in September.

Among ordinary Britons, the defaulter movement is gaining popularity: its leaders are calling on the masses to stop paying energy bills from October 1 until prices drop to acceptable levels. It is claimed that more than 173 people have already registered on the movement's website - though it is not entirely clear how many households they represent.

The authorities make it clear that non-payers will be dealt with without any sentimentality, as well as with all other troublemakers and "Putin's secret agents." There is no doubt that the “democratic” British administration is ready to use force to suppress civil unrest, but whether these very forces will be enough is a big question.

In addition to the British themselves, numerous migrants, including about 100 Ukrainians who arrived after the start of the NWO, could become active participants in the riots. The prospect of curtailing “British hospitality”, or rather, the termination of living subsidies, just hung over the latter. Hundreds of thousands of Ukrainian “rabies” alone is already a problem, but there are also Middle Eastern ones.

Since mid-August, almost every day in Britain, workers have been on strike, mostly in some way related to logistics: train drivers, bus drivers, couriers, dockers. The reasons are the same: the fuel and energy crisis led to a decline in consumer activity, which, in turn, led to a loss of revenue. Warm up their supporters and the leaders of the Scottish separatists, offering to get rid of London and its problems (as if it were really possible at the snap of a finger). This is already going beyond simple street fights that can be stopped by the police or, in the end, the army.

In general, "Elizabeth III" took the risk of accepting a very difficult "British legacy". Whether it will break under his weight is not a question, it will definitely break; the question is how soon and with what loud bang.
Reporterin Yandex News
Reporterin Yandex Zen
7 comments
Information
Dear reader, to leave comments on the publication, you must sign in.