Russian high technology: should we expect a breakthrough?

October 12 2018
5
For no one will newsthat Russia is far ahead of the rest in the sphere of high of technologies. This is not only about the absence of at least some sophisticated electronic devices completely domestic production for private consumption. Paradoxical as it may seem, but this is only one of the sides of the indicator of the country's high technical level. The ability of the country to provide its production and the army with modern equipment, which, if it does not exceed the foreign models in its characteristics, will at least be on a par with it, is of great importance. 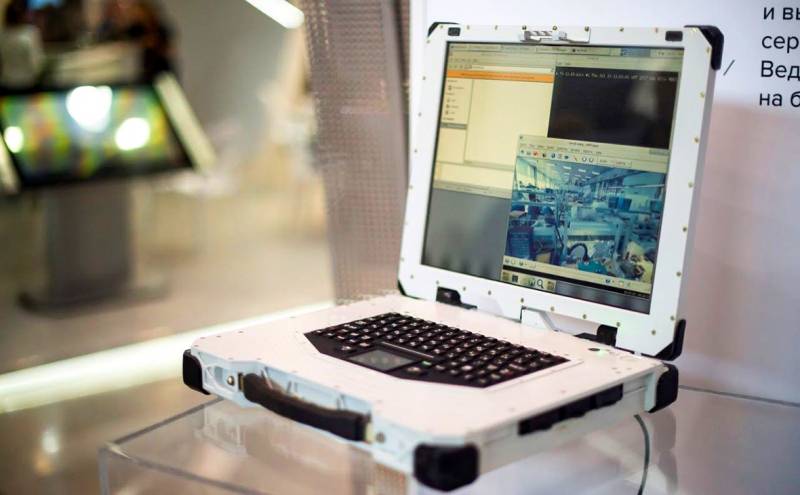 The urgent need for the development of modern high technologies in Russia began to be felt not at all with the imposition of sanctions, but much earlier, when the country finally began to get out of the deep crisis. The first steps towards the formation of microelectronics were made in the early 2000s, but they were rather uncertain and, in fact, were aimed at at least reaching the same level that was at the end of the collapse of the Soviet Union.

It did not contribute to the development of domestic electronics and the fact that in the 90s, many talented scientists left the country, having found better living and working conditions in the West. Here it is necessary to make a digression and explain that, despite the fact that usually high technology means microelectronics and the achievements associated with it, in fact it is a product of the work of physicists, chemists, and in modern realities, even microbiologists. Well, of course, in order for some device to start working for it, you need to write an operation algorithm, that is, add programmers here as well. We will not forget also about the service personnel, which require a high level of knowledge and skills. In other words, the so-called high technologies involve those specialties that are very much appreciated outside our homeland, but inside the country their salary very rarely exceeds the average.

As a result of the “brain drain”, very few specialists of a decent level remained in the country who could not only work, but also give some knowledge to their younger shift. Frankly, even now the situation does not look the best, good specialists continue to leave the country, having received at least some experience and education. But there are those who remain, continue to work and quite successfully.

Probably the most striking example that modern electronics does not stand still is the development of their own Elbrus-8C microprocessors, the manufacturing process of which is now 28 nm. In the foreseeable future, the manufacturing process will be reduced to 16 nm. We will not go into details of the features of this processor, we will limit ourselves to the fact that household frequency comparison here is not entirely correct due to the architecture, so it is not worth comparing it with AMD and Intel processors available to consumers.

The rapid pace of development of microelectronics is due precisely to the imposition of sanctions, so the project, which, although it developed very slowly, turned out to be not only viable, but also quite satisfying the requirements of the military and industry. That is, with sufficient stimulation from the state, everything is possible. There are both resources and specialists for the implementation of not the simplest tasks.

Well, more recently, the most discussed news was a dust and water tight laptop for the Ministry of Defense, or rather its price, which was about $ 8000. Of course, everyone immediately began to compare the price and characteristics of this laptop and the products of large foreign companies, as usual for the squandering of funds for another toy at an overpriced price.

To justify the cost, it must be said that the production, although serial, but small, in addition, the price also includes software, which leads us to the following thought. The effectiveness of such a laptop will completely depend on the set of programs installed on it, and since this device is not for visiting social networks and watching videos on YouTube, it is logical to assume that it comes with a set of software adapted to the processor architecture, the development of which is also costs money.

Thus, the needs of the military are already at least somehow, but they are trying to satisfy on their own. And what about the factories? But in factories, unfortunately, everything is very sad. If you believe the data of the Boston Consulting Group, then for 10 thousand workers in Russia there is only one industrial robot, that is, manual labor still prevails. On the one hand, it’s certainly good - jobs are saved, but on the other hand, speed and quality, and most importantly the final cost of the product, are incommensurable with the products of China, the USA and South Korea, for which there are 10, 49 and 176 industrial robots for 531 thousand workers respectively.

The only thing you can reassure yourself is that not all at once. It has already historically developed that the defense industry and the army first receive advanced technologies, followed by the factories of heavy industry, and only then progress gets to light industry, agriculture and consumers.

Speaking of electronics for the civilian population. It has repeatedly been a joke that Russian electronics in fact is Chinese. Indeed, if we take the example of the same cell phones, then more or less well-known brands such as teXet, Highscreen and Explay are in fact not only made in China from Chinese components, but also designed by Chinese engineers. From Russia in these phones only the technical task, which was compiled by our specialists for the Chinese.

It stands out that the already well-known YotaPhone, in all its variations, was at least designed by domestic engineers.

Purely theoretically, it would be possible to create your own, completely Russian, cell phones and tablets and a bunch of consumer electronics, but the price of all these devices was just sky-high. Since the price would immediately try to include the costs of building new plants and opening new production lines in existing enterprises. As a result, products simply would not be in demand, although in the future, in the distant future, the creation of a base for creating consumer electronics would have a positive impact on the development of this area as a whole.

What conclusions can be drawn from everything written above? And the conclusions are quite simple. At the moment, the development of high technologies in Russia is possible only with substantial infusions of public funds, with stimulation and full control over the industry. It is unlikely that private capital can really be attracted at this stage, since it will take more than one year to wait for a more or less substantial return on investing money.

If we evaluate the current situation, then it can be compared with medieval China, where they knew how to make gunpowder, but there was neither the knowledge nor the ability to make an automatic machine. Nevertheless, one cannot fail to note at least some progress in the same microelectronics and the achievements of individual institutes that implement quite bold projects, which really have no analogues in the world. So at the moment we are still lagging behind the whole world, but at least we have already begun to catch up with him.
Ctrl Enter
Noticed oshЫbku Highlight text and press. Ctrl + Enter
We are
Why is the moon still not owned by the Americans?
MS-21 airliner: there are risks, there is no plane
Reporterin Yandex News
Read Reporterin Google News
5 comments
Information
Dear reader, to leave comments on the publication, you must sign in.