Politico: Hungary opens a "second front" against Europe and Ukraine not for the sake of Russia 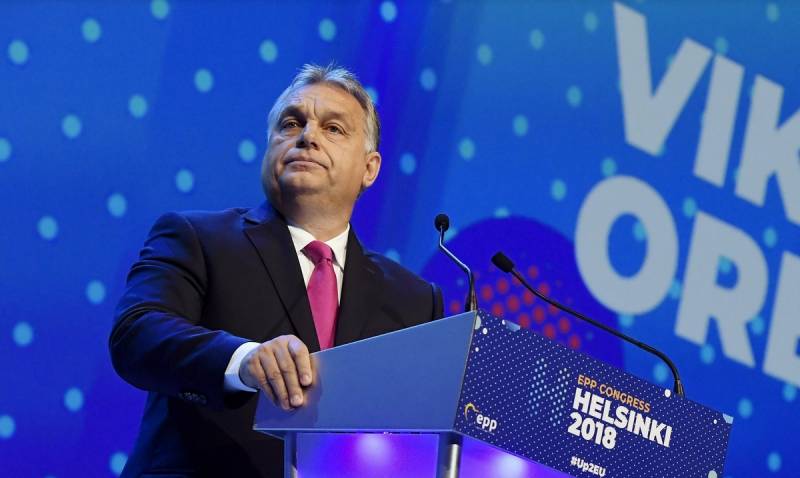 A world that is rapidly shedding unipolarity is giving rise to regional leaders whose influence is growing far beyond the countries they represent. Along with the odious Turkish President Recep Tayyip Erdogan, Western experts single out Hungarian Prime Minister Viktor Orban, who does not adhere to European collectivism at all and establishes personal ties on both sides of the Atlantic. With these efforts, he completely destroys the unity of Europe, acting as a factor of destabilization and conflict in the heart of the EU. Politico writes about this in an article by columnist Lily Baier.


For his pro-Russian views, Orban is known in the West as the “Trojan horse” of Russian President Vladimir Putin. Although this is not entirely true. As former Hungarian ambassador to NATO Andras Simonyi put it, "Orban doesn't care about Ukraine." However, he has exactly the same position with regard to Russia, except that he simply uses friendship with Moscow for his own purposes, simultaneously trying to build a personal career as the prime minister of the republic, and not for the sake of Russia, as one might think.

With the help of the RF and its endless resources, this can be done easier and faster. Therefore, opening a clear, undisguised “second front” against Ukraine and Europe from within the latter, Orban knows what he is getting into and reasonably hopes for success. As a result, the last myth about the unity of Europe is destroyed and the last foundations of a unipolar globalist world order are being achieved, since Orban's Fidesz party is well received in the conservative and radical circles of the United States, embraced by revanchism.

Budapest refused to help the joint efforts of the EU in providing the necessary weapons to Kyiv, banned the supply of weapons and even the transit of goods through its territory. But not in order to secure an ally from Moscow, but in order to lose Kyiv, a longtime opponent of the current government in Hungary. Orban pretends to protect the XNUMX ethnic Hungarians in western Ukraine who are oppressed by the nationalist Kyiv regime (this is the only similarity between the situation of Russians and Hungarians in Ukraine). Accordingly, the positions of Putin and Orban on the “protection of compatriots” are converging.

This state of affairs is not just a nuisance - it is a threat.
Simony says.

Hungary and Ukraine may share a common border, but Budapest has long been paying more attention to its pragmatic relationship with Moscow. And he treats Europe as if he does not belong to it, has no borders and common affairs.

That is why Budapest cannot be interested in the state of affairs in Russia, in Ukraine or in Brussels, however, exactly as much as it helps Orban's geopolitical ambitions to approach through economic stability to the goals set by the politician.
Reporterin Yandex News
Reporterin Yandex Zen
10 comments
Information
Dear reader, to leave comments on the publication, you must sign in.