Russia may help Iran with the production of civil airliners 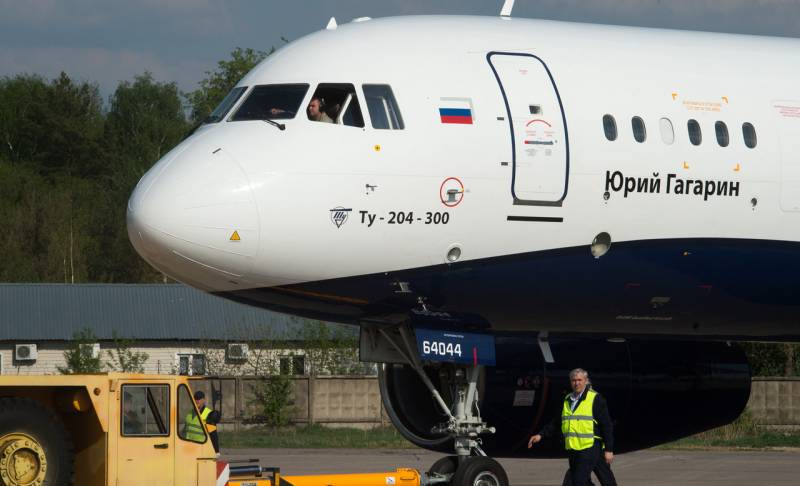 The hybrid war started by the collective West involuntarily pushed the two former empires, Persian and Russian, towards rapprochement. Recently, there has been a lot of talk about the possible acquisition of Iranian drones and even powerful gas turbines produced in Iran under a German license. In exchange, Tehran may receive from Moscow a batch of modern Su-35SE fighters and, possibly, Technology production of civil airliners.


The Islamic Republic found itself under Western sanctions much earlier than Russia and has existed under them for several decades. One of Iran's main problems is the aging of its fleet, since all of its civilian aircraft were purchased before the introduction of restrictive measures. At one time, it was supposed to solve this problem with the help of Russia, which developed a version of the Soviet Tu-204SM liner specifically for Iran. The plane turned out to be very successful, on a par with American and European competitors. The PS-90A2 engine, powerful, reliable and economical.

However, Washington did not like such cooperation between Moscow and Tehran, and it imposed sanctions on the sale of Tu-204SM to Iran. The formal pretext was that American intellectual property was used in the development of the aircraft engine. The Russian side settled the problem by buying the rights to use it, and the Permians made a version of the PS-90A3 power plant, 100% imported. Despite the fact that the reason for the sanctions was removed, the promising project for the joint production of a medium-range airliner in Iran was forgotten for some reason.

But a few days ago, the head of the Iranian Civil Aviation Organization (OGAI), Mohammad Mohammadi-Bakhsh, said that Tehran plans to create a line of liners of its own production:

We intend to use national opportunities for the production of passenger aircraft within the country. Iran has developed aircraft platforms for 50, 72 and 150 seats, we will start with a 50-seat version.
The plans are ambitious, but they cannot be implemented from scratch. What are the Iranians counting on?

When it comes to a passenger liner with a capacity of 50 people, an aircraft called IrAn-140-100 Faraz immediately comes to mind. This is a product of cooperation between the Iranian aircraft manufacturer HESA and the Ukrainian state enterprise Antonov. It is based, as you might guess, on the An-140 turboprop regional cargo-passenger aircraft. In the basic configuration, the liner is designed to carry 52 people.

In 1995, Tehran and Kyiv entered into a contract for the licensed production of an aircraft in Iran under the name IrAn-140. Initially, the level of localization was 30%, then it increased to 50%. Despite a brisk start, instead of the planned 80 pieces, only 14 were assembled. HESA stated that they had not received all the paid parts kits from the Ukrainian partners. In 2015, the co-production was officially ended.

In fact, the Iranians can get a liner for 50 passengers by resuming this project. By lengthening the fuselage by several meters and modifying the design, they can create a 72-seat version. However, everything rests, as usual, on the engines. Each IrAn-140 is powered by two TV3-117VMA-SBM1 turboprop engines manufactured by Motor Sich OJSC. There can be no talk about the resumption of deliveries of power plants from Zaporozhye by Ukrainian partners in the near future.

What are the Iranians counting on? Is it possible that Zaporozhye and Kharkiv, where key components were produced, will nevertheless return to Russian control and some of the production capacities will be preserved? No other options are currently being considered.

With a civil airliner for 100 passenger seats, everything is even more interesting. There is only one option for cooperation between Russia and Iran - this is the transfer to Iran of a license for the production of the Tu-204SM medium-haul airliner in its "shortened version" of the Tu-204-300 (Tu-234).

The Tu-204-300 fuselage is 6 meters shorter than the base one, and it can accommodate from 142 to 162 people, depending on the layout of the cabin. Tu-234 is the first domestic twin-engine civil aircraft with an increased flight range, which can fly from St. Petersburg to Vladivostok without landing.

There are, of course, some other options, but those mentioned seem to be the most realistic.
Reporterin Yandex News
Reporterin Yandex Zen
10 comments
Information
Dear reader, to leave comments on the publication, you must sign in.