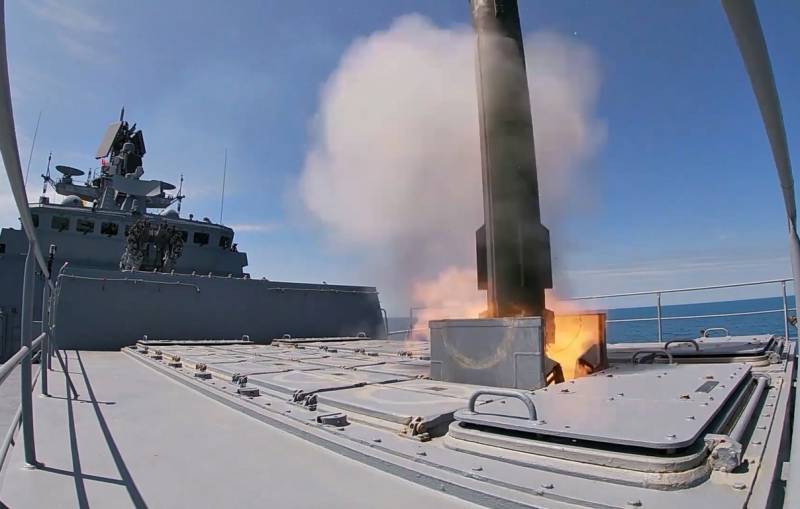 It is reported that the Russian Navy has begun a planned withdrawal of the ships of the Northern Fleet from the Mediterranean Sea back to the base in Severomorsk. The missile cruiser "Marshal Ustinov", the large anti-submarine ship "Vice-Admiral Kulakov", as well as the medium sea tanker "Vyazma" left. Probably, soon the flagship of the KTOF missile cruiser "Varyag" and the BOD "Admiral Tributs" are going back to the Pacific Ocean. Why is this happening and what conclusions can we draw now?


The special military operation to demilitarize and denazify Ukraine, which began on February 24, 2022, clearly demonstrated both the strongest and frankly weakest sides of the Russian army and navy. In particular, the RF Armed Forces suffer from a shortage of reconnaissance and strike UAVs of domestic production, which was officially recognized at the very top by the relevant Deputy Prime Minister Yuri Borisov, now a former one. Our navy has also passed a severe test of strength.

Despite the fact that the special operation takes place mainly on the ground and is carried out by ground forces, the Russian Navy is very closely involved in it in three capacities at once.

At first, ships of the Black Sea Fleet of the Russian Federation regularly strike at the positions of the Armed Forces of Ukraine with Caliber sea-based cruise missiles, very actively supporting the Ground Forces. In this component, the strength of the domestic fleet was most clearly manifested.

Secondly, before the start of a special military operation, all large landing ships from the available ones were transferred to the Black Sea in advance. Obviously, it was assumed that they would be involved in the implementation of the landing operation somewhere in the Odessa region. Alas, nothing good has come of it so far.

BDK "Saratov" was ingloriously destroyed right at the berth in the port of Berdyansk, several more ships of this class were damaged, fortunately, non-critically. The fact that the Armed Forces of Ukraine have the Neptune anti-ship missiles of their own production, and now the American Harpoon anti-ship missiles, makes the landing operation near Odessa practically unrealizable. The flagship of the Black Sea Fleet, the missile cruiser Moskva, and the tugboat Vasily Bekh were lost in the area of ​​Zmeiny Island, which had to be abandoned due to the impossibility of keeping it under long-range artillery fire from the shore.

Thirdly, an important role was played by the grouping of Russian ships assembled in the eastern Mediterranean Sea to deter the offensive potential of the NATO aircraft carrier strike formation led by the American aircraft carrier Harry Truman, operating with the support of the French aircraft carrier Charles de Gaulle and the Italian Cavour.

In order to prevent carrier-based aviation and NATO warships equipped with sea-based cruise missiles from supporting Ukraine with air strikes, the Russian Defense Ministry drove almost all of its combat-ready surface ships into the Eastern Mediterranean, including two "aircraft carrier killers" at once - the missile cruiser "Marshal Ustinov" , assigned to the Northern Fleet, and the Varyag, which is the flagship of the distant Pacific Fleet. In the waters of the eastern Mediterranean Sea, Russian cruisers equipped with the terrible Vulkan anti-ship missiles, with the support of coastal aviation from the Syrian Khmeimim, posed a very realistic threat even to the aircraft carrier strike formation of the NATO bloc.

In other words, by a one-time effort of all the main Russian fleets at once, the General Staff managed to concentrate in one place, on the Black Sea, a group of landing ships and in another, on the Mediterranean Sea, an attack "anti-aircraft" group. However, now, six months after the start of the special operation, three ships of the Northern Fleet had to be returned to the base for crew rest and maintenance at once. Inevitably, the ships of the Pacific Fleet of the Russian Federation will also have to be returned to their place of registry. And who will come to replace them in rotation?

But this is the most tricky question. Practice has shown that the Russian Navy simply does not have enough resources to provide such an operation for a long time. For comparison: the Americans replaced their nuclear aircraft carrier "Harry Truman" with the similar "Ronald Reagan" by rotation. The newest British aircraft carrier, the Prince of Wales, recently entered the Mediterranean under the pretext of participating in the exercises, but in fact to replace the French or Italian aircraft carrier. Russia, on the other hand, has an acute shortage of large surface ships.

The praised "mosquitoes" are in no way suitable for performing such a real combat mission. So we have to forget about the landing near Odessa, and about the fact that indefinitely for a long time to contain the AUS of the NATO bloc in the Eastern Mediterranean, and to return the ships back to their bases as planned. What conclusions can we draw from all of the above, given the updated Naval Doctrine?

Practice has shown the inconsistency of the concept of a “great continental power” artificially imposed on Russia, which allegedly does not need an ocean fleet, but SSBNs are enough for “nuclear deterrence” and a coastal “mosquito” fleet. The Russian Navy is in dire need of new warships of the 1st and 2nd ranks. To speed up, it would still be advisable to order a series of two dozen PLO corvettes in China, concentrating on the construction of frigates of projects 22350 and 22350M. It is necessary to release Nikolaev without unnecessary delay, to restore its shipbuilding plants, to return specialists back. It is also necessary to increase the capabilities of our naval base in Tartus for the repair and maintenance of Russian ships right on the Mediterranean Sea.
Reporterin Yandex News
Reporterin Yandex Zen
12 comments
Information
Dear reader, to leave comments on the publication, you must sign in.