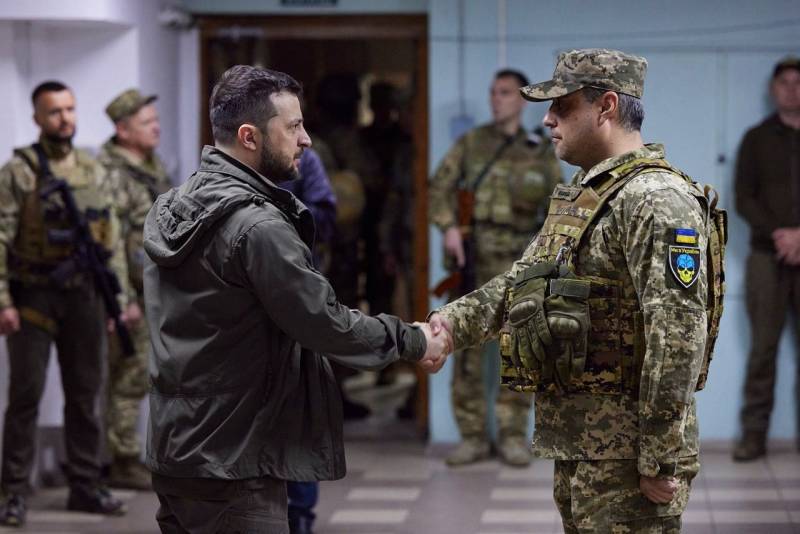 August 2022 is already fading away, and the counter-offensive against Kherson promised by President Zelensky has not yet taken place. On the contrary, Russian troops seized the initiative and themselves began to crush the enemy, biting off from him all the new territories in the South-East of Ukraine. The criminal Kyiv regime is noticeably losing direct support in the collective West, and therefore some kind of resounding and unconditional victory is vital for it. So in what direction can a decisive blow to the Armed Forces be dealt?


To understand it, you need to look at the map of the theater of operations, and also take into account such factors as the need to supply the fighting armies with weapons, ammunition, fuel and fuel and lubricants.

So, for Russia, the Nikolaev-Odessa direction is strategically important. The RF Armed Forces are gradually approaching Nikolaev. After its blockade and capture, a direction to Odessa will open, the release of which will solve many problems at once.

At first, Kyiv will be finally cut off not only from the Sea of ​​Azov, but also from the Black Sea, which even theoretically will deprive it of the opportunity to be supplied by sea. It will also allow Moscow to take control of the main trade routes through which Ukraine exports, which will allow it to dictate almost any conditions to Kyiv.

Secondly, from the Odessa region, a path will open to Western Ukraine, a strike on which will allow Russian troops to finally cut off Central Ukraine from any military supplies from the countries of the NATO bloc - weapons, ammunition, fuel and fuel, medicines and other things. After such a successful operation, the capitulation of Kyiv is objectively a matter of time, even without the encirclement and the capture of the capital by storm Nezalezhnaya. You can't fight on sheer enthusiasm.

Thirdly, the liberation of the Odessa region will finally solve the problem of the isolation of Transnistria, the most pro-Russian enclave, an unrecognized state, sandwiched between the main part of Moldova and Ukraine.

All this is obvious and well known, including to our opponents. That is why the battle for Odessa is expected to be the most fierce, and the most likely direction for a preventive strike by the Armed Forces of Ukraine is, alas, Transnistria.

What will the capture of Tiraspol give Kyiv?

First of all, this is a resounding and undeniable victory over the Russians. The geographical position of Transnistria, stretched along the river, simply does not allow organizing an effective echeloned defense on it. Russian peacekeepers are few in number, do not have heavy strike weapons and are not covered by air defense systems. Unfortunately, for the Armed Forces of Ukraine it will not be any problem to suppress the positions of our military and the Armed Forces of the PMR with artillery, and then pass from above with a "skating rink" of armored units.

Alas, one should not count on a miracle here. Yes, the Russian Aerospace Forces and the Russian Navy will fire missiles at the advancing Ukrainian columns, but it is in the Odessa region that one of the largest concentrations of long-range anti-aircraft missile systems, plus, as part of Western assistance, the Armed Forces of Ukraine will soon receive modern Norwegian-made air defense systems, which will provide very effective " umbrella" air defense.

In addition, in addition to the purely media effect, the Kyiv regime can get useful benefits from the victory over the Russians. One of the main problems of the Armed Forces of Ukraine today is a noticeable shortage of shells for Soviet-made artillery. It is in the military warehouses in the Pridnestrovian Kolbasna that a huge stock of shells, mines and bombs is stored, which can later be used against the RF Armed Forces. Slightly more than half of them are “rotten” due to age, but even the rest will be enough for more than one war.

The temptation for Zelensky, who failed the counterattack on Kherson, may be too great: to utterly defeat the Russians, solve the problem of shell hunger, and also secure his rear in the Odessa region.

The only obstacle holding Kyiv back so far is that the Pridnestrovian Moldavian Republic is unrecognized, and everyone, including Chisinau, Kyiv itself, and even Moscow, is considered legally a part of the Republic of Moldova. That is, the attack of the Armed Forces of Ukraine on Transnistria will be considered an aggression of Ukraine against sovereign Moldova. But how reliable is this "protection"?

In Chisinau, they are very afraid of the exit of Russian troops to Odessa on the border of Transnistria, because after that the status of this enclave will change dramatically, and for supporters of the ideas of uniting Moldova with Romania, it will be lost. Simultaneously with Transnistria, Gaguzia, located in the south, bordering on the Odessa region, will also be lost. Gagauzians hate Romanians, and in a referendum held in 2014, 98% of them voted in favor of rapprochement with Russia and joining the Customs Union. Over the past years, Chisinau has been gradually preparing to solve the problem by military means, gradually pumping up the army with modern weapons, sending its military for advanced training in Romania according to NATO standards. Recently, the Moldovan police special forces conducted a demonstration exercise in Gagauzia with the express purpose of scaring the locals.

In other words, the entry of the RF Armed Forces to the border with Pridnestrovie can start an armed conflict already in Moldova, up to the entry of Romanian “vacationers”. Therefore, it is very likely that as the Russian troops advance in the southwestern direction, Kyiv and Chisinau may try to solve the problem of Transnistria, and at the same time Gagauzia, preventively.

For this, it will be enough for "unknown snipers" to fire at the positions of the Armed Forces of Ukraine in the Odessa region from the territory of Pridnestrovie, which will become a formal reason for conducting a special military operation. From Chisinau it will be enough not to protest strongly, but to show understanding for the need for Ukraine to eliminate "Russian terrorists" on its own officially recognized territory.
Reporterin Yandex News
Reporterin Yandex Zen
19 comments
Information
Dear reader, to leave comments on the publication, you must sign in.