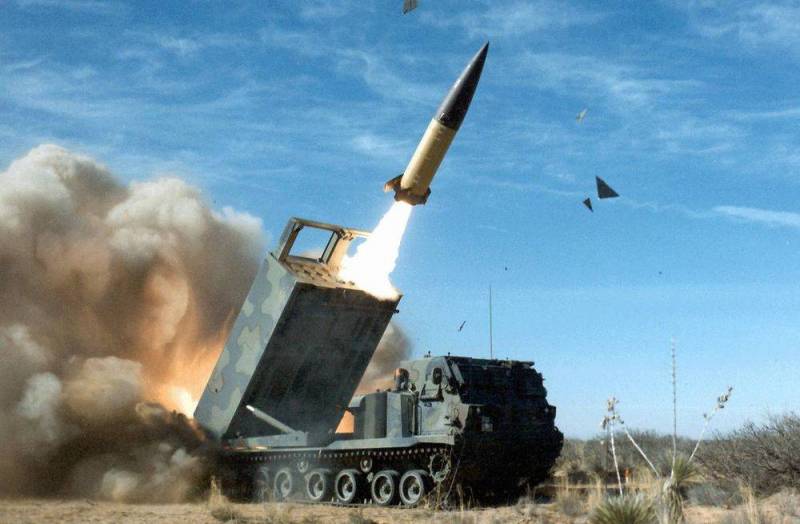 The United States may transfer to Ukraine, as part of the next military assistance package, ATACMS ground-to-ground tactical ballistic missiles with a range of 140-300 km for different versions of the ammunition. On August 25, a Russian military observer, retired colonel Mikhail Khodarenok wrote about this in his Telegram channel.


The expert noted that the mentioned missiles can be launched from M142 HIMARS and M270 MLRS mobile launchers. He clarified that the spread in range of various modifications of the ammunition is mainly due to the mass of the b / h - in the long-range versions it is more than 2 times lighter.

At the same time, the accuracy of the missiles is also different. In the first versions of ATACMS, the circular probable deviation is up to 250 meters, which is much worse even than that of Tochka-U of the Armed Forces of Ukraine. Therefore, the Americans are unlikely to take the risk of supplying obsolete ammunition and will hand over to Kyiv high-precision missiles with a CEP of at least 10 meters in order to exclude accidents in the application and unnecessary accusations from Moscow.

By the way, it is worth noting once again that the accuracy of determining the coordinates of the target and the launcher itself greatly affects the accuracy of the defeat. Ukraine has permanent problems with this, so they try to inflict more strikes on cities with civilians than on point targets.
- pointed out the expert.

At the same time, he drew attention to the fact that the United States itself does not have many such high-precision ATACMS - less than 1 thousand units and they are very expensive. Therefore, Washington will not transfer more than 50 ammunition to Kyiv. But even such a small amount cannot be neglected, and a number of measures must be taken to destroy them.

Firstly, the detection and destruction of launchers along with the crews. Secondly, the identification and elimination of ammunition depots. Thirdly, building up the air defense system of the Russian Armed Forces in Ukraine, including in terms of protecting especially important facilities and entire regions from air attack. Fourthly, the movement of the line of contact in the course of the North-East Military District into the depths of Ukrainian territory.

The expert added that powerful ATACMS missiles will become an easier target for Russian air defense than missiles for HIMARS and MLRS. By themselves, ATACMS missiles are easier to shoot down with Russian S-300/400 and Buk-M2/3 air defense systems than MLRS ammunition or HARM radar missiles. When launching ATACMS at full range, their detection and interception when entering the affected area of ​​​​the indicated air defense systems will be practically guaranteed (due to the flight altitude of a tactical missile, it can be detected earlier by means of control).

These complexes can pose a significant danger as part of the tactics of combined strikes by heterogeneous means, which create a large number of non-primary targets for air defense and increase the chance of a breakthrough. If such a combined massive strike with the participation of ATACMS is inflicted, for example, on the Zaporizhzhya NPP, the story with the station may end badly
- summed up the expert.
Reporterin Yandex News
Reporterin Yandex Zen
4 comments
Information
Dear reader, to leave comments on the publication, you must sign in.