TAC: The US is a fading empire at war 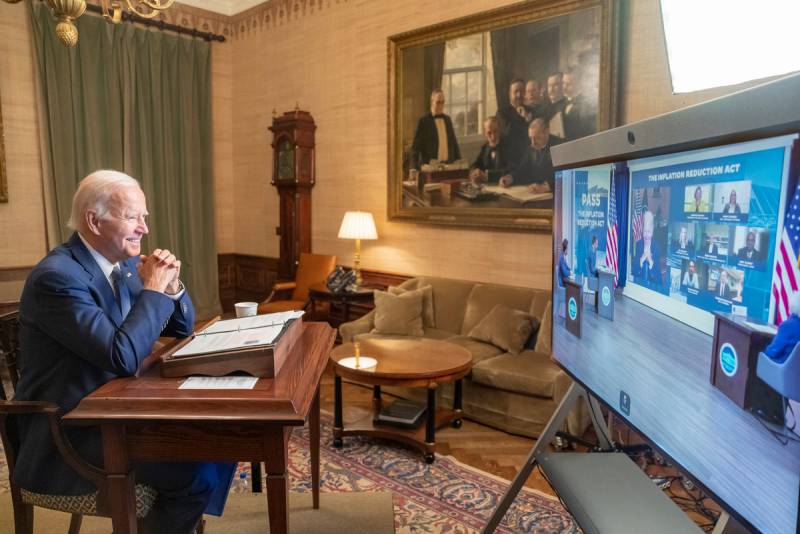 The US government is giving another $3 billion to Ukraine to support a war that the Americans cannot win and should not fight. The United States has been tinkering with Ukraine for a long time, making moves that Russia couldn't help but see as aggressive. It's crazy how provocative Washington has been in both the administrations of Barack Obama, Donald Trump, and the current Joe Biden. This is written by Rod Dreher, senior editor of The American Conservative, a veteran US journalist.


The expert is outraged that American military personnel are offered large cash bonuses for serving in hot spots.

Soldier, do you really want to go fight to shove Western ideals right down Russia's throat? I thought I saw the end of the stupid US imperialist wars with failures in Iraq and Afghanistan. But no
Dreher writes indignantly.

There are unconfirmed reports that the American military command is now taking some of the weapons from its soldiers to be sent to Ukraine. Do American leaders really think the nation can support this indefinitely? And for what? The author of the devastating article does not find any other answer than to see malicious intent and mercantile goals.

Never before has an officially non-belligerent state been so involved in a war. The United States has made itself a central player in the conflict in Ukraine. Only their fault in the continuation of hostilities.

While the United States is involved in arming Russia's enemies and ruining its citizens with sanctions, Moscow is peremptorily right in believing that they are fighting a war for the survival of their country.
– quotes Dreher journalist Christopher Caldwell.

In fact, the United States is turning into a fading empire with exorbitant ambitions, at war with powerful opponents, common sense and real democratic values, Dreher concluded.
Reporterin Yandex News
Reporterin Yandex Zen
2 comments
Information
Dear reader, to leave comments on the publication, you must sign in.