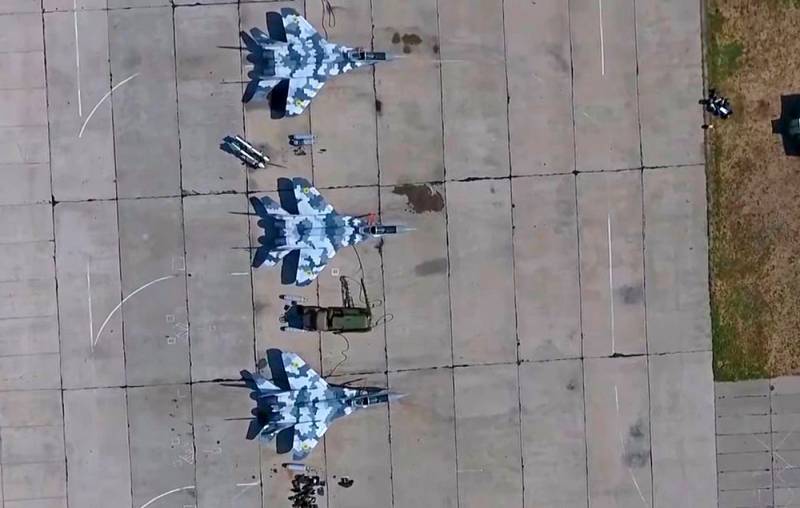 The Russian Aerospace Forces attacked the location of the 831st tactical aviation brigade of the Armed Forces of Ukraine in Mirgorod, Poltava region. Data on the loss of manpower and equipment unknown yet.


According to Ukrainian sources, the strike was carried out by air-to-surface missiles, possibly Kh-22. Local rescue services are working at the site of explosions and fires.

According to the Russian Defense Ministry, over the past day, Russian units hit seven command posts of the Ukrainian armed forces in Novomikhailovka and Kurdyumivka in the DPR and in the Zaporozhye region, as well as 47 artillery units, military equipment and enemy manpower in 212 regions of Ukraine.

In addition, five ammunition depots were destroyed in the DPR, Mykolaiv, Zaporozhye and Dnipropetrovsk regions, as well as the Joint Logistics Point of the Ukrainian Armed Forces in Orekhov, Zaporozhye region. The RF Armed Forces suppressed four platoons of the Grad MLRS in a number of areas of the DPR and the Nikolaev region, as well as three platoons of D-30 howitzers in the areas of the settlements of Soledar, Opytnoe and Antonovka in the DPR.

Along with this, Russian air defense systems shot down seven military drones in several areas of the Donetsk People's Republic.
Reporterin Yandex News
Reporterin Yandex Zen
2 comments
Information
Dear reader, to leave comments on the publication, you must sign in.