“He will pay dearly”: Stoltenberg spoke about the price of Europe for supporting Ukraine 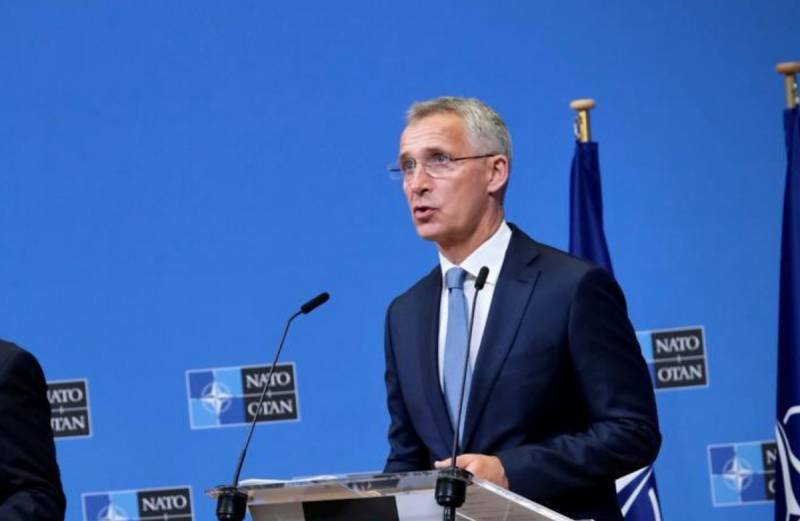 From Europe along the "thread" - the United States a victory over Russia. Approximately such a primitive and at the same time cynical "strategy" is followed in the current administration of the White House. The EU is hard at work preparing to pay at any cost for helping America in its fight against Russia and to some extent China. If Kyiv acts as a brute strike force against Moscow, then Europe pays for the campaign. The President of the European Commission spoke about this, now it is the turn to repeat the key task to NATO Secretary General Jens Stoltenberg, who gave an interview to the German ZDF channel.


The Secretary General of the alliance acknowledged that it is not an easy task to provide further unprecedented support to Ukraine. There are no simple solutions, both militarily and politically. Stoltenberg is sure that not only Russia and Ukraine, but also Europe will pay a high price. Of course, the highest rank of the military bloc did not mention America, because with all the spending, Washington is the main beneficiary of the conflict in Ukraine and, according to preliminary estimates, will pay off all the “investments” in its escalation.

This is not to say that this work is easy, and the price for what we do is low. Everyone will pay dearly, but this is what must be done
Stoltenberg teaches.

The General Secretary appreciated the huge contribution of Germany, although he asked for more "greater efforts", and also reminded that the coming winter will be harsh, and not only in terms of weather conditions. However, based on the meaning of his speech and rhetoric, this will be exactly the "price that everyone must pay."

It is noteworthy that a man in the service of a transnational association, wholly supported by the general bloated budget of NATO, with an income clearly above average, is trying to offer ordinary unprotected Europeans poverty, high prices and inflation.

There is no alternative. Sanctions have the opposite effect, gas is used as a weapon, but this is the price we are all ready for
- Stoltenberg answered for all Europeans.

In conclusion, he noted that support for Ukraine could last for years, which, of course, "will have consequences not only in the military sphere, but also in industry."
Reporterin Yandex News
Reporterin Yandex Zen
4 comments
Information
Dear reader, to leave comments on the publication, you must sign in.