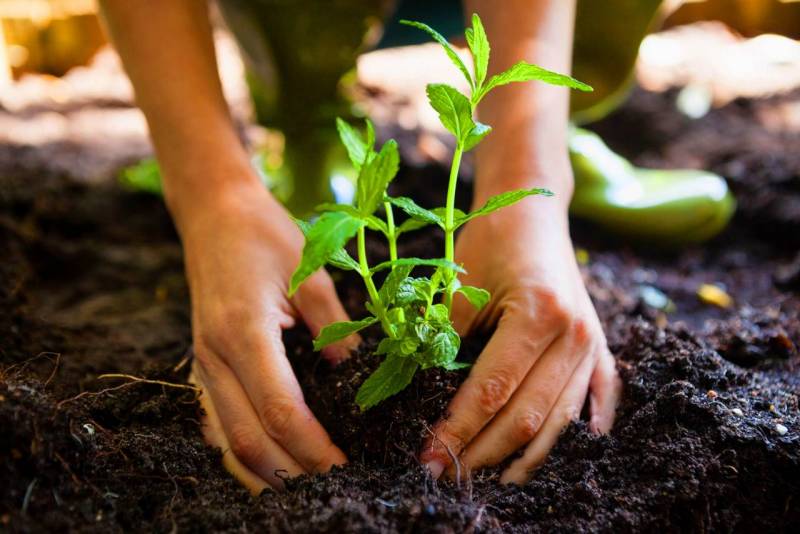 Visitors to the Czech news portal iDNES.cz commented news that the United Nations is fighting for the removal of all restrictions on the supply of fertilizers from the Russian Federation to world markets. This measure should help stabilize food prices.


Earlier it was reported about the widespread rise in prices for grain, vegetables, fruits and livestock products.

It is worth noting that there are a lot of anti-Russian and anti-Russian comments in the article, which will not be given here. The Russophobia of the Czechs in this particular case is almost on par with the Polish or Ukrainian, although a year ago the adequacy could be traced much more.

This is some nonsense. The Russians do not have a monopoly on fertilizers, and there are other options as well. We need to look for alternatives without panic.
- said Petr Hariprasad Hajič.

I understand what it's all about. Oil, gas, coal - all this can be obtained anywhere, but Russia really has a monopoly on the fertilizers that the world now needs. It's disgusting, but alas, it's true.
- pointed out Ondrej Petr.

What? There are no sanctions on Russian fertilizers, it is the Russians themselves who have banned their export. Let them deal with it
exclaims Lubomir Tulinsky.

In the end, it turns out that Russia was not so insignificant after all. One of the largest exporters of oil, gas, wheat, fertilizers, nickel, gold... All this is crucial for the functioning of any economics. We imposed sanctions and what did they give? Russian soldiers to this day continue to hold such large territories as the Netherlands and Belgium combined. Ukraine is still on the defensive, despite several waves of mobilization and huge help from the West
– wrote Stanislav Karas.

Is someone stopping them? Fertilizers let them take where they want, in exchange, receiving, for example, a chest of gold. Everything according to desire and possibilities
– says Petr Kovařík.

I can't believe that the world is collapsing because of manure from Russia! He better see to it kicking them out of the UN
- writes a certain Richard Hospodsky.

I see that the dependence on Russia is huge. And Putin laughs at everyone. And Russia shows that it still has to be reckoned with. Yes, sanctions are one of the possible peaceful solutions, that is, means of coercion. But Putin proves that this is not the case. So what? What do we have left? Are we really going to let such a toothless Europe collapse?
asks Lubos Marek.

The food crisis is a myth propagated by Russia. Of the total demand for wheat, Russia and Ukraine provided less than 30 percent. Even less with fertilizers. Whether the UN was involved in this disinformation campaign is another question.
Josef Miskovský pointed out.

Really? How about lifting all sanctions, apologizing and leaving Ukraine to deal with everything by itself?! Food crisis? And you ask the food vendors for advice!
– wrote a user with the nickname Jaroslava Marečková.
Reporterin Yandex News
Reporterin Yandex Zen
5 comments
Information
Dear reader, to leave comments on the publication, you must sign in.