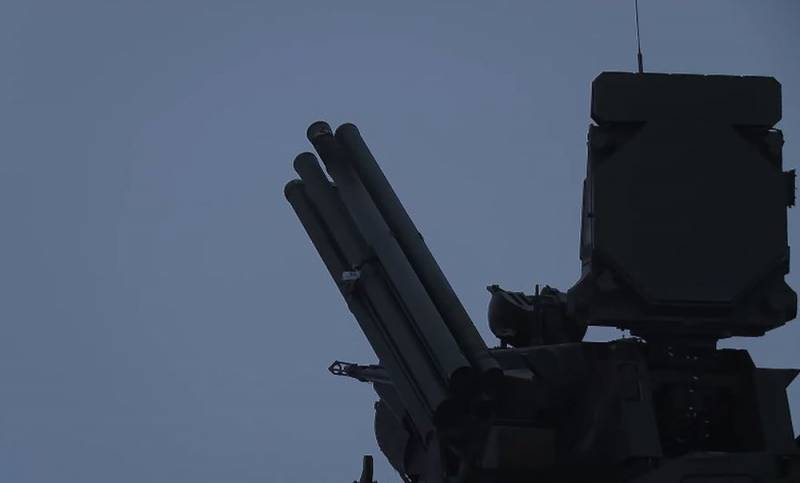 Recently, cases of the appearance of drones in the airspace over the Crimea have become more frequent. These can be both small-sized quadrocopters launched by Ukrainian saboteurs from the peninsula itself, and aircraft-type UAVs sent from the territory of Ukraine. Residents of many Crimean settlements have begun to get used to the work of Russian air defense, which shoots down uninvited guests.


On the evening of August 20, drones were spotted near Sevastopol. After that, the Sevastopol residents shared spectacular footage of the night air defense operation, which shows the use of 30-mm 2A38M anti-aircraft missile and gun systems (ZRPK) "Pantsir-S1" of the RF Armed Forces.


It should be noted that the appearance of a large number of UAVs in the Crimean sky can be caused by several reasons. First, Kyiv seeks to win an information-psychological victory over Moscow, trying to cause fear, as well as panic among the local population and tourists, depriving them of a sense of security.

Secondly, the use of unmanned aircraft is intended to identify the locations of the radar and the positions of the launchers of the air defense batteries for a subsequent attempt to destroy them. It is no secret that the Ukrainian Air Force has upgraded some of its MiG-29 fighters and they can now use American AGM-88 HARM high-speed anti-radar missiles with a range of up to 150 km. The United States handed over to Kyiv a certain amount of such ammunition and the Armed Forces of Ukraine have already reported on their use.

Thirdly, in Ukraine, they probably put on stream an “upgrade” of Chinese commercial drones “Mugin-5 Pro” with a payload of 15-20 kg, capable of flying without refueling for about 7 hours and covering up to 300 km. On June 22, such kamikaze UAVs attacked the Novoshakhtinsky Oil Refinery in the Rostov Region.
Reporterin Yandex News
Reporterin Yandex Zen
3 comments
Information
Dear reader, to leave comments on the publication, you must sign in.