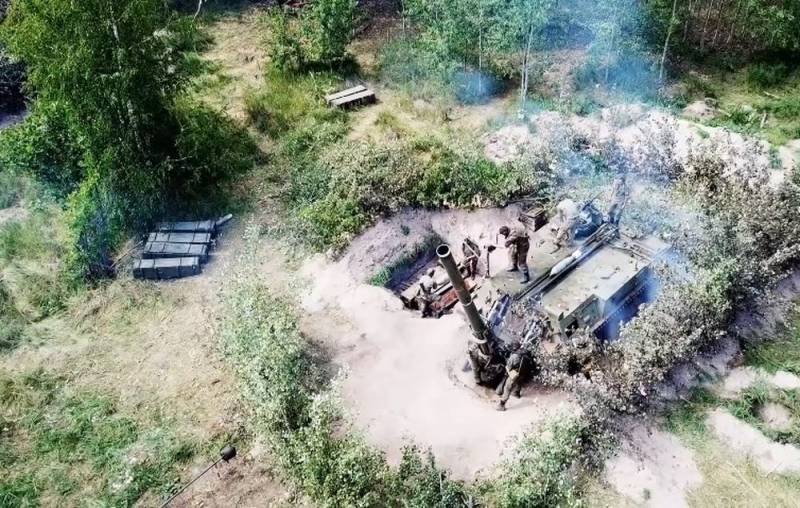 During a Russian special operation on Ukrainian territory, the RF Armed Forces and allies broke through the defenses of the Armed Forces of Ukraine in the Donbass, taking control of the village of Peski in the DPR. On August 13, the Russian Ministry of Defense informed the public about this in its summary of the campaign.


It should be noted that the liberation of the specified settlement should reduce the number of attacks on nearby Donetsk. In addition, it became possible to enter the rear of the Avdiivka grouping of the Armed Forces of Ukraine.

Moreover, the Russian Armed Forces launched a combined attack on the Gavrilovka railway station in the Kharkiv region, paralyzing communication in this area. As a result of the defeat by long-range sea and land-based missiles, as well as rocket-propelled MLRS, more than 70 servicemen of the 300th separate mechanized brigade of the Armed Forces of Ukraine were destroyed and over 30 wounded.

At the same time, aircraft of the Russian Aerospace Forces attacked with air-to-surface missiles at the temporary deployment point (PVD) of the 10th separate mountain assault brigade of the Armed Forces of Ukraine near the village of Pereezdnoye in the DPR, destroying up to 170 servicemen and 12 units of various equipment.

Army and operational-tactical aviation, artillery and missile forces carried out a number of strikes on military facilities in Ukraine. As a result, 4 command posts were hit, as well as 143 areas of concentration of personnel and various enemy equipment. Near the city of Kramatorsk in the DPR, one unit of the M142 HIMARS wheeled complex and the RAV warehouse for it were destroyed. Near the village of Domanevka in the Mykolaiv region, 2 Mi-24 helicopters of the Air Force of Ukraine, located on the helipad, were destroyed.

As part of the counter-battery work in the DPR, the following were suppressed: 2 platoons of the Grad MLRS near the cities of Soledar and Bakhmut, 3 platoons of 2S3 Akatsiya self-propelled howitzers, as well as 5 platoons of D-30 towed howitzers at positions near Mayorsk, Dzerzhinsk, Zvanovka, Seversk, Pereezdny, Yakovlevka, Fedorovka and Vyemka.

Air defense over the past day, 4 UAVs were destroyed near the villages of Central in the Nikolaev region, Suligovka, Shestakovo and Dmitrovka in the Kharkiv region. 4 HIMARS rockets were intercepted near the town of Novaya Kakhovka in the Kherson region.