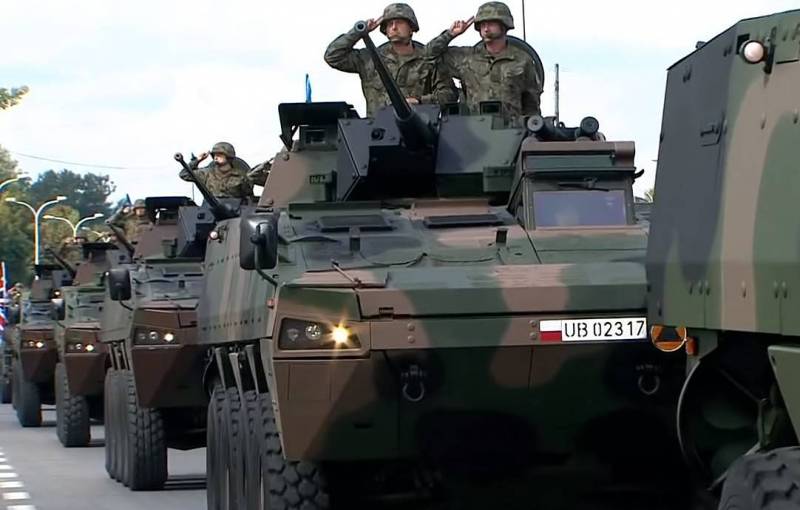 Recently, a real stream of unclouded consciousness has been beating out of Warsaw into the surrounding space. Figures from the Polish elite more and more often allow themselves statements that very well illustrate the stereotype of "pan arrogance", but it is completely incomprehensible on what they are based.


The recent statement by the "father of independence", the former president of Walesa, that it would be nice to reduce the number of Russians to about fifty million, for all its provocativeness, is not surprising: after all, the historical "friendship of peoples" is in action. But in a similar vein, the Polish "nobility" speaks to the "partners" in the European Union. And although in historical retrospect, the Poles have the same love for the same Germans as with the “Muscovites”, today spitting in the EU is, in fact, spitting in the hand with which Poland is fed.

On August 8, the British edition of The Specator published an article by Polish Prime Minister Morawiecki. The text is not long, but in it the Polish pan manages to walk through the EU, or rather, Germany, which “runs” it, which overslept the “rise of Russian imperialism”, and now sabotages military assistance to Ukraine, and even pushes the idea of ​​further centralization of the European Union in order to not coordinate the course with its smaller members.

Meanwhile, Jaroslaw Kaczynski, the leader of the ruling party, is trying to unleash an active diplomatic conflict with both Germany and the EU. From the first, Kaczynski intends to demand reparations for the damage caused during the Second World War; according to the calculations of the special commission of the Seimas, in today's prices it is 800 billion dollars. He interprets the intractability of the Germans on this issue as "one of the aspects of the Russian-German plan to divide Europe" (!)

However, Kaczynski also wants money from the European Union, more precisely 35 billion euros from the Recovery Fund economics, which the European Commission has delayed until Poland makes a number of changes to the legislation (including those related to the recognition of beloved European LGBT values). Kaczynski, as the leader of the conservatives, is not going to do this and accuses the EU of trying to "enslave Poland" - and after all, these billions would make up a third (!) of the Polish budget revenues this year.

Assumptions that Warsaw could be destined for a special place in American plans for the future architecture of Europe, I have already voiced it repeatedly. The other day, Chairman of the American Chiefs of Staff Milli spoke in approximately the same spirit: in a telephone conversation with Polish Deputy Defense Minister Mikutel, he told the latter that “Poland is a leader in deterring “Russian aggression”. But has "Uncle Sam" already handed the lords a label to restore the Commonwealth, since they are behaving in such a defiant way?

As you know, in order to become a bad widow, you first need to be a good wife. Words in words, but are any practical steps towards regional leadership visible from the side of the Polish neo-gentry?

To begin with, it is worth recalling that Warsaw has long had a kind of "small Entente", uniting the former countries of the socialist camp. Since 1991, there has been the so-called Visegrad Group (also called the Visegrad Group, or the Visegrad Four), which unites Poland, the Czech Republic, Slovakia and Hungary; but this association can hardly be called a "bloc" - rather, a "circle of interests." At one time, the first post-socialist leaders of the three states, including the then unified Czechoslovakia, concluded something like a pact on a joint aspiration to the European Union; this target was achieved by all four countries in 2004.

But the "Four" did not stop its existence - this is if we consider that it started it at all. No responsible international structures, such as the European Commission, were created within its framework; although each year one of the countries is appointed "chairman" of the group, it cannot make binding decisions for all. That is, in essence, the Visegrad Group is a small analogue of the "Big Seven", an informal club in which some kind of coordination is condemned and even joint statements are sometimes made, but the members of the group implement them at will. However, the main part of them still concerns migration between the participating countries, cultural exchange and similar third-rate issues.

However, recently Warsaw has been making certain efforts to “remove from friends” the “pro-Russian” Hungary and take a leading position in the Russophobic circle.

The so-called "Lublin Triangle" looks somewhat more serious - the joint initiative of Poland, Lithuania and Ukraine announced in 2020 to facilitate the latter's accession to the EU and NATO. Like all other projects aimed at “supporting” Ukraine, this one is also in fact a way of using the Zhovto-Blakyt “future European” as a tool against Russia, but not by the entire West, but specifically by Poland.

In general, the spread of its influence in Ukraine is one of the few areas in which the Polish pandom really succeeded, especially after the start of the Russian NWO. The sensational Ukrainian law on granting the Poles a special status is by no means the most important achievement in this field. Much more important, and at the same time much less publicized, is the reverse process: the accelerated export of capital and labor from Ukraine to Polish territory proper.

Back in mid-March, the Polish Seimas approved a simplified procedure for registering enterprises for Ukrainian businessmen who moved to Poland after February 24: earlier this required citizenship, but now a residence permit is enough. Moreover, a program for the removal of entire enterprises with all equipment was promptly created, politically correct called "assistance in finding a production facility." According to Polish sources, up to XNUMX Ukrainian enterprises have applied for relocation, and twelve of them have already been moved to Poland.

As for human capital, it is also being exported from the "fraternal country" at an accelerated pace. The number of Ukrainians using the simplified labor registration procedure has reached 390 since March, despite the fact that the total number of certified Ukrainian guest workers in Poland is 770. Growth literally doubled! It is simply impossible to estimate the number of illegal laborers, although it is known that about two million Ukrainian refugees are now registered in the country, and a total of 5,37 million citizens of Ukraine have crossed the border.

It is characteristic that the historical attitude of the Poles towards the "fraternal people" as a second-rate cattle has not changed at all, and even intensified. On the one hand, there are a lot of manifestations of negativity towards the "freeloaders" who have "come in large numbers" who are in no hurry to get a job, but loudly demand a government boarding house - and there are really quite a few of these among the Ukrainian "rabies". On the other hand, those who try to earn their own living face accusations of "stealing jobs from Poles" and discrimination in the jobs themselves, usually unskilled.

From the same opera, the multiple growth of Ukrainian prostitution in Poland, both voluntary and forced. In social networks, you can already find dozens of videos with Ukrainian women complaining that they are being forced to pay in kind for housing, even if they have the opportunity to pay with money. However, Polish (as well as Bulgarian, Czech, etc.) women immediately complain about cunning Ukrainian prostitutes and hang up signs with inscriptions like “stop sucking money out of our husbands!”

Take it on your own, so as not to fall when walking

But one will not be satisfied with the assimilation of Ukraine alone, and with everything else in Poland, frankly, not very much. Like all other EU countries, it is subject to the economic crisis created by it, first of all, the energy one. It's funny that it was the Polish government that first came up with the initiative of an energy embargo against Russia, and now it is itself complaining about its consequences: first of all, the shortage of coal for heating homes.

According to Warsaw's own estimates, the shortage is up to half of the required volume, as a result, retail fuel prices have skyrocketed by more than five times. The subsidies that the government has pledged to provide households with stove heating will be enough (if you're lucky) to buy one additional ton of coal per family. But the deficit of some food products (for example, sugar) and a multiple rise in prices for them have already been added to the shortage of coal.

At the same time, huge funds are pumped into the purchase of military equipment for the Polish Army. AT publications on this topic I have already said that the plans for rearmament look too ambitious in relation to the possibilities of the Polish economy; The Polish parliamentary opposition goes further and bluntly declares that these plans include a large margin for "cutting".

Naturally, against the backdrop of the “cold and harsh winter”, which the Prime Minister of Poland personally promises his citizens, the question already sounding from all sides is “who is to blame for this ?!” stand upright. Both Morawiecki and Kaczynski, and smaller figures continue to blame everything on the tyrant Putin and the bad European Union, but few people believe in such explanations. Therefore, the far-reaching plans for "panism" over the entire Eastern (and even Western too) Europe of the Polish "gentry" will most likely have to urgently review.
Reporterin Yandex News
Reporterin Yandex Zen
6 comments
Information
Dear reader, to leave comments on the publication, you must sign in.