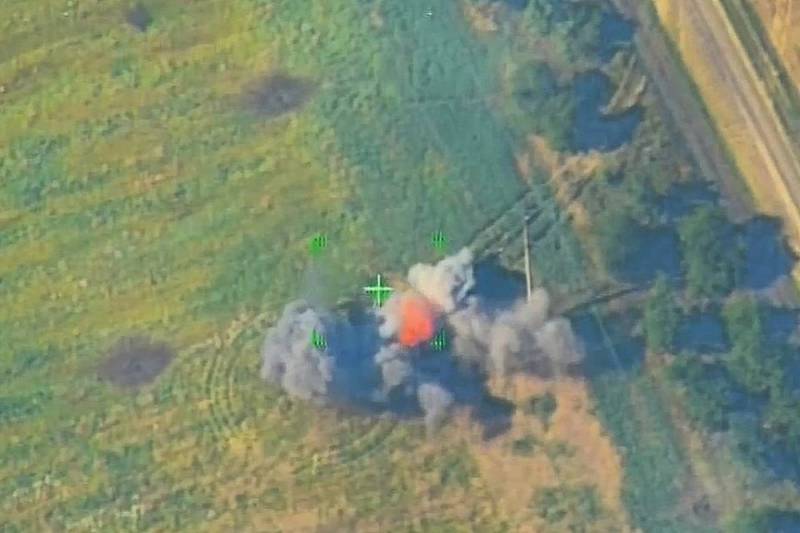 Video footage of the destruction of two British-made Ukrainian 155-mm M777 howitzers by Russian-made Krasnopol guided missiles has leaked to the Web.


Correction of high-precision projectiles "Krasnopol" is carried out with the help of aerodynamic rudders in the final section of the flight along the laser mark on objects. This explains such an accurate arrival of ammunition to the intended targets.

The day before, the Russian magazine "Military Thought" reported on the successful testing of the upgraded Krasnopol-M2 guided missiles, which are a significant upgrade of the Krasnopol complex.

The test consisted of simultaneous salvo firing at a group of objects, which consisted of a decommissioned tank and a target shield located at a distance of about 20 m from each other. Moreover, each ammunition had its own purpose, for which it had to work out. The aiming was carried out by means of illumination by ground-based laser designators-rangefinders in different radiation modes.

The publication reported that all targets were hit with high accuracy and almost at the same time. The magazine's experts pointed out that the modernized complex is significantly superior to its predecessor in terms of tactical and technical characteristics and may soon enter service with the Russian army.
Reporterin Yandex News
Reporterin Yandex Zen
5 comments
Information
Dear reader, to leave comments on the publication, you must sign in.