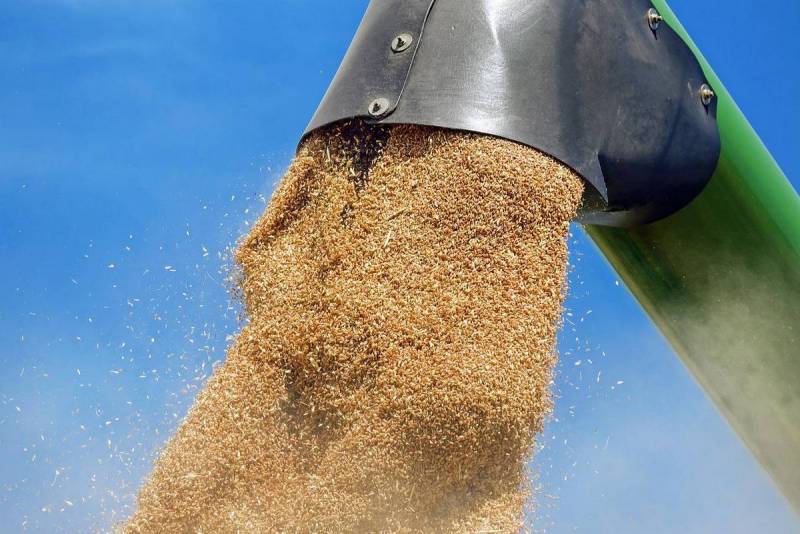 On July 22, 2022, the so-called “grain deal” was signed in Istanbul between Russia and Ukraine through the mediation of Turkey and the UN. Thanks to the fact that the Kremlin has pledged to ensure the inviolability of Ukrainian ships with grain, as well as the port infrastructure of Odessa, Chornomorsk and Yuzhny, the "grain corridor" finally began to work, exports resumed, and it is already possible to sum up some intermediate result of this international agreement.

First, it is worth recalling what kind of information campaign preceded this “deal of the century”. For months, all Western and Ukrainian media have colorfully described how the blockade of Ukrainian ports on the Black Sea arranged by the Russian Navy will lead to terrible famine in Africa and the Middle East. It was emphasized that every 48 seconds one person dies from acute hunger somewhere on the "black continent", and, of course, only Ukrainian grain can save the unfortunate. Naturally, our philanthropic president could not calmly look at the unbearable suffering of the peoples of Africa and the Middle East and allowed himself to be persuaded to sign a four-way deal.

In exchange for opening a "grain corridor" from Odessa, Chernomorsk and the South Kremlin, the Kremlin received guarantees of transparent access for Russian food and fertilizers to the world market for the next 3 years. You can’t refuse logic: since people in Africa are swollen from hunger, it means that they need to send them both Ukrainian and Russian grains and other foodstuffs, which will solve the problem. However, in practice, it happened a little differently than it probably saw on July 22, 2022.

Here it is worth recalling once again that all food grains from Ukraine were taken out in advance before the start of the special operation on February 24, as if our "Western partners" knew for sure that it was inevitable. Only fodder wheat remained there, as well as corn and barley, suitable for the preparation of feed for farm animals and poultry. In addition to fodder, they did not have time to take out the sunflower necessary for pressing oil, the prices for which in Europe are now setting record after record. But back to the execution of the "grain deal".

The first to leave the port of Odessa was the Razoni ship with a cargo of 26 tons of corn needed to feed the chicken. Yes, not Africans swollen with hunger, but these wonderful farm birds that provide delicious meat and eggs. In any case, a number of respected Russian media outlets report on this purpose of Ukrainian corn. The destination of the ship was originally the capital of Lebanon, Tripoli, but on the eve of the Minister of Public Works and Transport of Lebanon, Ali Hamia, was taken aback by the message that Razoni had unexpectedly changed him:

The Razoni, which left the port of Odessa with a cargo of corn that was rumored to be in the port of Tripoli in Lebanon, changes course before arriving at its originally announced destination. The data indicate that it is awaiting instructions to determine its new destination.
In Ukraine, it was confirmed that the arrival of corn is indeed delayed, and colleagues from the Kommersant publication, citing data from the Marine Traffic portal, found out that the vessel has changed its status to “order”, that is, it expects that its cargo will be repurchased en route . What a twist!

Who would have thought that Ukrainian grain would be needed by someone other than Africans suffering and dying of hunger every 48 seconds, right?

Following the Razoni, three more ships went along the “grain corridor” from the unblocked ports on the Black Sea, the destination of which is no longer a secret, since the information was revealed by the Turkish TV channel TRT World:

The first of three ships, the Panamanian-flagged Navist, left the port of Odessa for Ireland with 33 tons of grain. The second ship, the Maltese-flagged Rojen, left the port of Chornomorsk with 000 tons of grain for the UK. The third ship, a Turkish-flagged Polarnet, was waiting at the port of Chornomorsk and headed for the port of Karasu in northwestern Turkey. The ship is carrying 13 tons of grain. The departure of these vessels came after the first ship carrying grain since the beginning of the conflict left Ukraine in accordance with the grain agreement this week.
They were followed by the vessels Mustafa Necati, Star Helena and Glory with a cargo of Ukrainian corn from Chornomorsk, and Riva Mind from Odessa. It is noteworthy that for some reason the main beneficiaries of the "grain deal" turned out to be Great Britain, Ireland and Turkey, and not North Africa or the Middle East.

It is also interesting that the implementation of the Russian part of the four-party agreements of July 22, 2022, apparently, has not yet gone well. This can be judged by the irritated statement of the special representative of the Russian Foreign Ministry, Maria Zakharova:

The agreements reached in Istanbul, I emphasize, are of a package nature. Therefore, we warn against attempts to wind up or not complete the second part of the package, to do everything so that it is not implemented. Otherwise, due to irresponsible policy From the West, the world may not receive tens of millions of tons of Russian grain.

We expect Kyiv to fulfill its obligations to ensure the safety of ships in the Black Sea ports and territorial waters of Ukraine... financial and logistical obstacles caused by the anti-Russian restrictions they have imposed.
Could anything have gone wrong, really?

Afterwards, we note that some Ukrainian sources contain an indication that Kyiv, with the active mediation of Turkey and the UN, would like to expand the geography of the “grain deal” to the port of Nikolaev. In Ankara, they dream of extending the “corridor” not only to Ukrainian grain, but also to metallurgy products, as well as other goods.