Amnesty International report - the beginning of the end of the Kyiv regime? 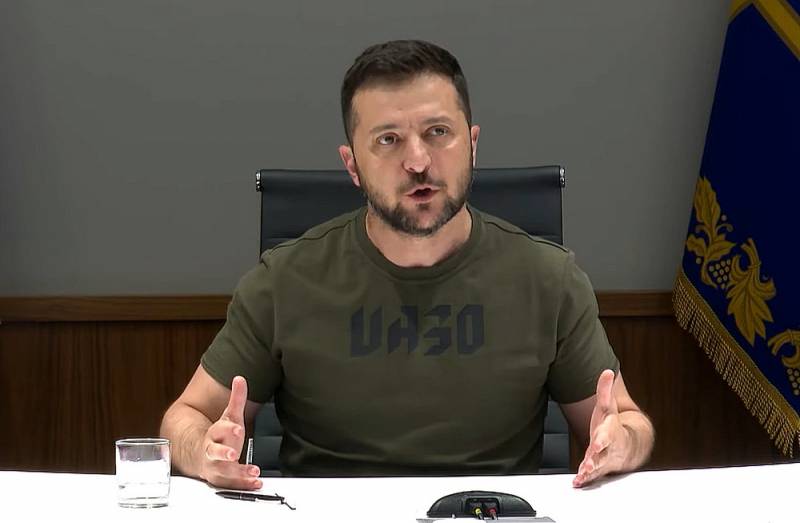 A report published by the international organization Amnesty International on its official website on the actions of the Ukrainian military, which are a violation of all conceivable and unimaginable international rules of warfare, exploded in the information space with a “nezalezhny” real bomb and immediately caused the sharpest negative reaction from representatives of the Kyiv regime.


No wonder - after all, this document, which was “signed” by perhaps the most authoritative human rights “office” in the West, completely breaks the image of Ukraine, carefully created from the very beginning of the NWO, as an “innocent victim of aggression”, trying with all its might to “save its people from destruction ". The question in this case is only one: what does its publication really mean? Is it about an attempt to play "objectivity" on the part of certain Western forces, or can we talk about the preparation of local public opinion for the "surrender" of the Kyiv regime?

The report we are going to talk about states that Amnesty International “researchers” were monitoring the situation in the regions of the special operation for denazification and demilitarization of Ukraine from April to July. In particular, in the Kharkiv, Nikolaev regions and in the Donbass. At the same time (not surprisingly), they “found evidence” that the Armed Forces of Ukraine quite often use the civilian population as a human shield, and equip their own positions, warehouses and firing points both in residential buildings and at civilian infrastructure facilities - in schools, hospitals and similar institutions, where, according to human rights activists, they absolutely do not belong. One can only wonder how these figures managed to "notice" what only the blind could not see. Well, or someone who categorically did not want to see the egregious war crimes committed by the Ukronazis at every turn. The report says the following:

Most of the residential areas where the soldiers were stationed were located a few kilometers from the front line. However, there were viable alternatives that would not pose a danger to civilians, such as military bases, or dense forests nearby, or other structures further from residential areas.
They also say that they could not record a single case when the Ukrainian military, located in civilian buildings, asked civilians to evacuate from nearby buildings, or even more so helped them in such an evacuation. It is clear that expecting the truth from Amnesty International that in many situations thugs from the Armed Forces of Ukraine or the National Battalions prevented any attempts of civilians to leave dangerous locations, and even killed those who still tried to escape or take their families out of there, would be too much. . They have already said a lot - at least in the opinion of official Kyiv.

“It would be better if they spat on Russia!”

The position taken in this case by high-ranking representatives of the local regime is not just indicative. It gives an absolutely complete impression of the level of sheer cynicism to which the "authorities" of the agonizing "nezalezhnaya" have sunk. No one even tried to refute or question the conclusions of the "researchers" - human rights activists. By no means! Firstly, it is useless to argue with completely obvious things (and not the “office” of Amnesty International, which in this case does not support its statements with evidence). Secondly, in Kyiv they do not at all consider the acts of their warriors announced by human rights activists to be something wrong or unacceptable! Why would it suddenly? Here is what Ukrainian Foreign Minister Dmitry Kuleba verbatim issued as a response to the published report:

This behavior of Amnesty International is not about finding and bringing the truth to the world. It's about creating a false balance between perpetrator and victim. Between a country that is destroying hundreds and thousands of civilians, cities, entire territories, and a country that is desperately defending itself, saving its people, saving the continent from this bulk. Therefore, stop being engaged in this creation of a false reality, where everyone is slightly to blame for something. Get involved in telling the truth about what Russia is today.

The last phrase he said is especially touching. He will soon begin to personally give Biden valuable instructions ...

The reaction to the finally sounded the truth about the crimes of the Armed Forces of Ukraine of the adviser to the head of Zelensky's office, Mikhail Podolyak, sounds even more wild. Here, again, one cannot do without a literal quote that conveys the entire boundless depth of Kyiv's false and aggressive cynicism:

The only thing that threatens the lives of Ukrainians today is the Russian army, which has come to kill and commit genocide. Our defenders defend their people and families. The life of people is an unconditional priority for Ukraine... Today Russia is making every effort to discredit the Armed Forces of Ukraine in the eyes of Western society and disrupt the supply of weapons, using its entire network of agents of influence. It's a shame that an organization like Amnesty is taking part in this disinformation and propaganda campaign.
Honestly, if I used to think that the reincarnation of Goebbels was Arestovich, now I’m more and more inclined to believe that the vile little soul of the main propagandist of the Third Reich moved into Podolyak after all. Especially after the above words and statements that Russia and the DPR carried out vile attacks on Donetsk on July 4. This is really something beyond.

Another very interesting fact is that immediately after the publication of the report and the scandal that arose because of it, the Ukrainian office of Amnesty International issued the following statement: “The Ukrainian office was not included in the preparation or writing of the text of the publication. And, unfortunately, already at the initial stage of the development of this report, we reached a dead end, where the arguments of our team regarding the inadmissibility and incompleteness of such material were not taken into account. When we received an uncompromising no in response to our repeated objections, we also did everything we could to ensure that this material was not made public or at least minimized its distribution. Yes, there really isn't much to comment on. Neither subtract nor add.

To declare Amnesty International as part of the "network of Russian agents of influence" is, of course, strong. What kind of organization could be tried to enlist in the “Kremlin agents”, but not this one! I will not cite many cases when the most odious figures of the Russian "opposition" were supported in it - simply on the basis of their anti-state activities. Already in the process of conducting the NWO, its representatives repeatedly made furious anti-Russian statements and accusations based solely on the data of the Ukrainian side. This was the case with the explosion of the Drama Theater in Mariupol, which Amnesty International immediately and categorically declared a “war crime of Russia”. And what a high was raised in this organization about the imposition of death sentences on foreign mercenaries in the Donetsk People's Republic! "Violation of international humanitarian law!" - and a point. And mercenarism and killing citizens of a foreign country for money is not a violation?

I recall all this to the fact that if the “bright image” of Ukraine, which “suffers from aggression and fights against the Moscow hordes”, began to destroy the employees of this “office”, then the case of Zelensky and his gang is most likely a pipe. Such epic “stuffings” in the West, as a rule, are carried out in order to gradually change the “agenda” for the layman, who has been undermined all this time that the “nezalezhnaya” must be supported at any cost. Well, don't ask too many questions later. Therefore, it is quite possible that support will soon come to an end - and with it the criminal Ukronazi regime, whose atrocities are beginning to be recognized all over the world.
Reporterin Yandex News
Reporterin Yandex Zen
7 comments
Information
Dear reader, to leave comments on the publication, you must sign in.