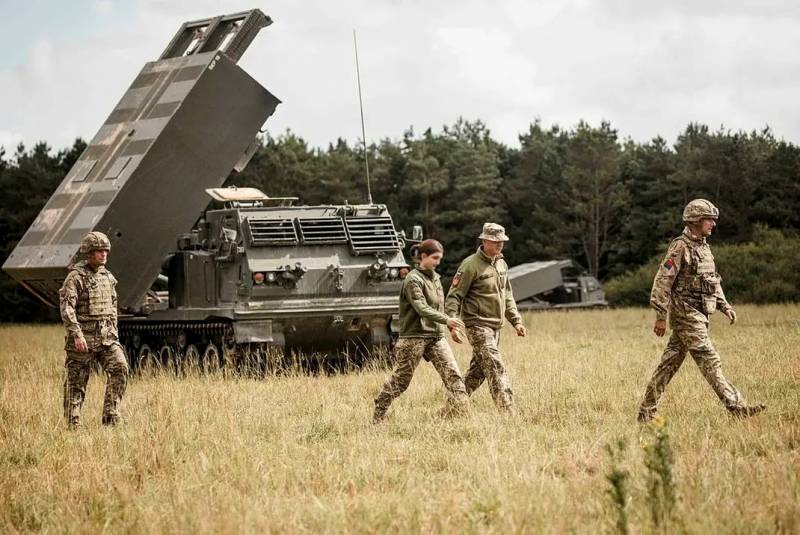 Information warfare in modern conflicts is not "accompanying", rather, it has already become the defining outcome of the campaign. Any event is interpreted by the parties in their favor. However, there is always only one truth. In the case of the shelling of a pre-trial detention center in the urban-type settlement of Yelenovka, in the DPR, which became the subject of discussion around the world, Ukraine tried to shift the blame to Russia and refused responsibility for attacking its own soldiers in captivity.


According to the statements of the Russian command, as well as representatives of the Donetsk People's Republic, the shelling was carried out from an American multiple launch rocket system supplied to Ukraine as part of assistance from the United States. Kyiv denies this assertion. However, modern models of high-precision weapons are also guided by GPS satellite tracking, in other words, the competent authorities can track both the launch and the hit target.

Western journalists who learned about the incident began asking questions at a briefing at the Pentagon. In the American military department they were forced to mix up the tracks and rather apathetically tell ridiculous excuses.

Even if it was a blow from Ukraine, then, I assure you, the Ukrainians did not want to do this. They unintentionally
- a high-ranking Pentagon official easily found an “justification”.

Those words almost looked like a confession. On the one hand, the speaker did not refute the information that Ukrainian soldiers fired at their own citizens, as well as the fact that the shelling was carried out from the American MLRS (rocket fragments were shown in the DPR).

The representative of the Pentagon did not refute the information of the Russian Defense Ministry, if only because before that he could easily check the targets and the report on the hit of missiles delivered to Ukraine using satellite navigation. And judging by the tone of the military rank, the data received did not please Washington. I had to come up with an excuse about "unintentional".

This terrorist act of intimidation probably has a purpose. The humane attitude of the Russian side towards the Ukrainian servicemen who have surrendered is widely known. Even prominent representatives of nationalist groups enjoy all rights. Kyiv understands that most of the Armed Forces of Ukraine have no desire to fight, and the only way out is sometimes the voluntary surrender of Ukrainian soldiers. Therefore, the act of intimidation was intended to put an end to this negative trend for the armed forces of Ukraine.
Reporterin Yandex News
Reporterin Yandex Zen
3 comments
Information
Dear reader, to leave comments on the publication, you must sign in.