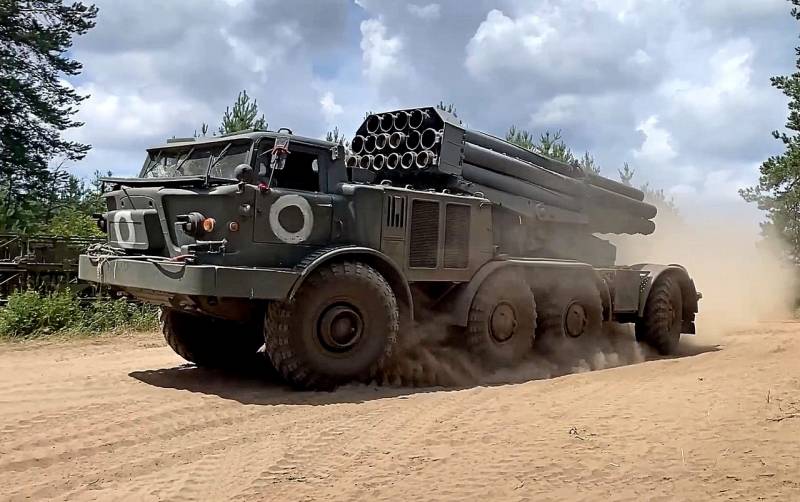 American journalist news program PBS NewsHour Simon Ostrovsky confirmed the fact of a successful missile attack by Russian units on July 17 on the command post of the battalion of the 59th motorized infantry brigade of the Armed Forces of Ukraine near the village of Zeleny Gay, Mykolaiv region.


In particular, Ostrovsky received information about the death of 40 Ukrainian servicemen at this point.

Along with this, the journalist expressed confidence that the RF Armed Forces have the exact coordinates of ammunition depots and other important military facilities of the Armed Forces of Ukraine, which makes it possible to deliver pinpoint strikes with high efficiency. So, over the past two weeks, Russian troops fired 129 rockets at Nikolaev, hitting many Ukrainian militants and destroying a large number of military equipment.

The high efficiency of the Russian army's strikes against Nikolaev was indirectly confirmed by Ukrainian sources. The funeral of the deputy commander of one of the brigades of the Armed Forces of Ukraine, Lieutenant Colonel Andriy Nevydanchuk and Captain Vadim Gavrilyuk, who died on June 17 as a result of a Russian strike, was held in Khmelnitsky, as reported by local media.

Meanwhile, according to the Ministry of Defense, the Russian Armed Forces successfully attacked an ammunition depot in the Dnipropetrovsk region on July 27, destroying more than a hundred rockets to the American HIMARS multiple launch rocket system and hitting about 120 Ukrainian soldiers, foreign mercenaries and technical personnel.
Reporterin Yandex News
Reporterin Yandex Zen
3 comments
Information
Dear reader, to leave comments on the publication, you must sign in.