Why Zelensky demanded not to delay the attack on Kherson 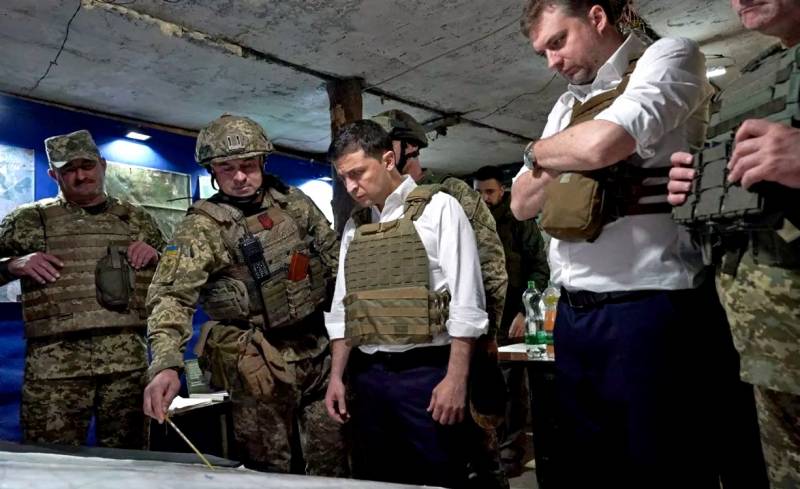 For the past few weeks, there has been only talk about the upcoming counteroffensive of the Armed Forces of Ukraine on the Southern Front. By order of President Zelensky, the Ukrainian army must recapture the Kherson region from the “Russian orcs” in the next three to six weeks. Is this possible in principle, why is such a deadline set and what will happen after?

Decisive battle for the South of Ukraine?

In the domestic press and the blogosphere, it is customary to ridicule the very possibility of the Armed Forces of Ukraine to recapture something from the Russian army by force. They enthusiastically count the number of artillery barrels and shells for them, talk about the lack of morale of the Ukrainian army, etc. They also quite rightly point out that the Armed Forces of Ukraine will have to attack on the bare steppe, where the Russian Aerospace Forces will be able to inflict a heavy defeat on them, and even with mines fields that are carefully prepared for them. In some way, this all resembles fascinating stories about the incompetence of our "non-brothers" that we were treated to for the previous 8 years. Hasn't bitter experience taught anyone anything yet?

The reality may turn out to be somewhat different than it seems now. No, it is unlikely that the Armed Forces of Ukraine will be able to recapture Kherson, but they can still unpleasantly surprise.

Yes, the Ukrainian army will have to advance across the open steppe, but the factor of the operational dominance of the Russian Aerospace Forces in the air can be leveled by the Norwegian-made NASAMS anti-aircraft missile systems that cover the White House and the Pentagon itself. The US Congress approved the supply of these air defense systems instead of the Patriot air defense systems requested by Kyiv. Norwegian mobile complexes have a range of 180 kilometers and in capable hands pose a serious threat to Russian attack aircraft, fighters and bombers, and can also shoot down cruise missiles.

The flip side of the battle in the bare steppe is that the Russian army there is not much to cling to. We have to dig trenches and dugouts, burrowing deeper into the ground. The notorious American HIMARS, and with them Tochki-U, are capable of pinpoint hitting targets in our positions, the Ukrainian Tornadoes and Hurricanes can also create a lot of problems. And it’s not a fact that the whole sky will be only for the Russian Aerospace Forces. Not without reason in the United States they started talking about the possibility of transferring the A-10 Warthog attack aircraft to the Armed Forces of Ukraine. These outwardly ugly aircraft proved to be extremely durable and effective means of destroying armored vehicles and other ground targets during the operation in the Gulf. Advisor to the Minister of Defense of Ukraine Yuriy Sak even tried to bargain with the Americans for F-16 fighters instead of attack aircraft:

The A-10s are good at hitting ground targets - perhaps better than most. But other planes will give Ukraine much more. At the same time, the A-10 will take the financial and human resources necessary to re-equip it with modern fighters.
But the logic of what is happening on the fronts dictates the need for attack aircraft for the battle in the steppe for the Right Bank. It is unlikely that it will be possible to retrain Ukrainian pilots in a month and a half, but some American retired mercenary or “vacationist” may well be sitting behind the control stick of the Warthog. The threat from the Turkish "Bayraktars" has not gone away either.

Minefields are, of course, good, but it should be borne in mind that Western curators can provide Kyiv with a variety of specialized armored vehicles designed to overcome any obstacles. For example, the Bundeswehr has Bergepanzer BPz 2 and more modern Bergepanzer BPz3 Büffel armored recovery vehicles, Panzerschnellbrücke Biber and Panzerschnellbrücke Leguan bridge-laying vehicles, Pionerpanzer 2 Dachs engineering obstacle clearing vehicles and one of the world's best demining machines Minenräumpanzer Keiler. The Pentagon uses the M1150 Assault Breacher Vehicle (M1ABV), based on the M1 Abrams tank, to clear minefields, which also casually clears rubble in the streets, wire fences and fills up anti-tank ditches.

At the same time, it should be remembered that a large group of Ukrainian military personnel are currently being trained in the UK according to modern NATO training manuals. In general, given that the main forces of the Russian Armed Forces are now concentrated in the Donbass, everything is not quite as rosy as it seems. Particularly ominous is the voiced information that the counteroffensive for the Kherson region may be personally led by President Zelensky. If this is true, then he should count on at least some intermediate result acceptable to himself. A complete fiasco for this "bloody clown" and his Western partners is unacceptable.

So what should this result be?

A red thread in all discussions regarding the possible goals and objectives of the Ukrainian attack on Kherson is the idea that it is fundamentally important for Kyiv to disrupt the referendum scheduled for September on joining the Azov region to the Russian Federation. Undoubtedly, this is so. It is important for President Zelensky to disrupt the plebiscite, to prove to his voters and Western curators the determination to fight for Ukrainian land to the end. If the Armed Forces of Ukraine succeed in capturing some settlements in the Kherson region, this will be declared a Great Peremoga, which will allow Kyiv to have a stronger position in negotiations with Moscow on a possible truce. In six weeks, it will be mid-September, when something will need to be done promptly with the filling of European UGSFs.

Winter is coming, and this factor is undoubtedly the determining factor in Zelensky's unexpected peacefulness.
Reporterin Yandex News
Reporterin Yandex Zen
32 comments
Information
Dear reader, to leave comments on the publication, you must sign in.