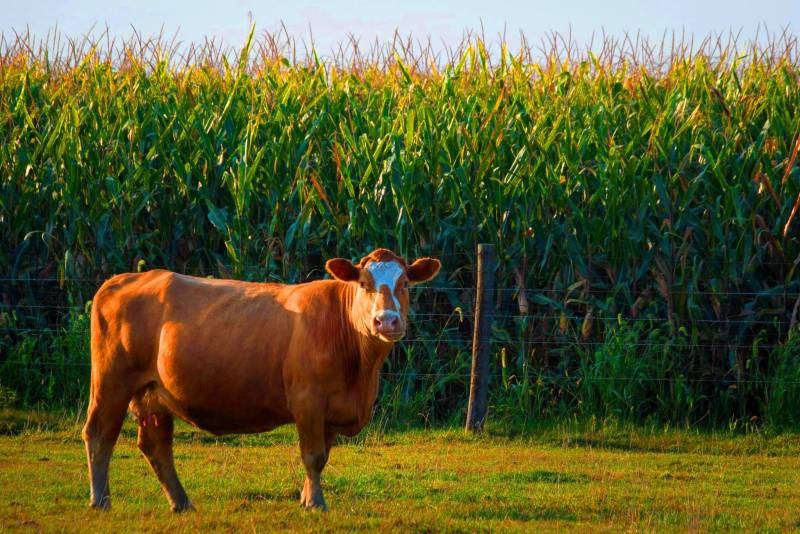 Food shortages await even the United States, writes business magazine Barron's. The weekly publication points to problems in livestock farms, which can lead to a significant shortage of meat products on supermarket shelves in the near future.

Many economists and experts argue that there can be no shortage of food here [in the US]. After all, according to the Food and Drug Administration, the United States produces most of its own food, and about half of the land is used for agricultural production. However, there are several reasons why America should not take enough food for granted.
- Reminds a resource.

A never-before-seen drought has reportedly wiped out fodder crops, and it's very expensive to ship hay from other states. As a result, livestock breeders who are unable to feed their livestock are forced to sell livestock in large quantities. However, there are not so many buyers for it, because many farmers have exactly the same problems.

As a result, meat prices are projected to decline in the short term and rise sharply in the longer term. In an effort to get at least some money, farmers begin to lease pastures for the needs of alternative "green" energy. Moreover, this agenda is being promoted by the US government, headed by the current administration of Joe Biden.

Americans have already experienced double-digit food price increases this year. In the latest CPI report, those same prices for meat, poultry, fish and eggs jumped 12% from last year. Also, bread went up by 11%, and milk - by 16%. This comes at a time when the US Census Bureau found that about 10% of Americans do not have enough food.
Barron's points out.

It should be recalled that other publications are also beginning to talk about the possibility of a further rise in the price of the average consumer basket in the United States. At the same time, the United States itself continues to export food to foreign markets, including fears that Russia might get them.

In particular, significant deliveries of American grain are promised to Egypt, which since 1987 has been the main US ally outside NATO. In addition, similar promises were made in relation to a number of countries in Black Africa.
Reporterin Yandex News
Reporterin Yandex Zen
Information
Dear reader, to leave comments on the publication, you must sign in.