October 7 2018
0
One of the terrible secrets of the history of the Vietnam War emerges in the United States. It turns out that there were plans to use the most terrible weapons of mass destruction against North Vietnam. 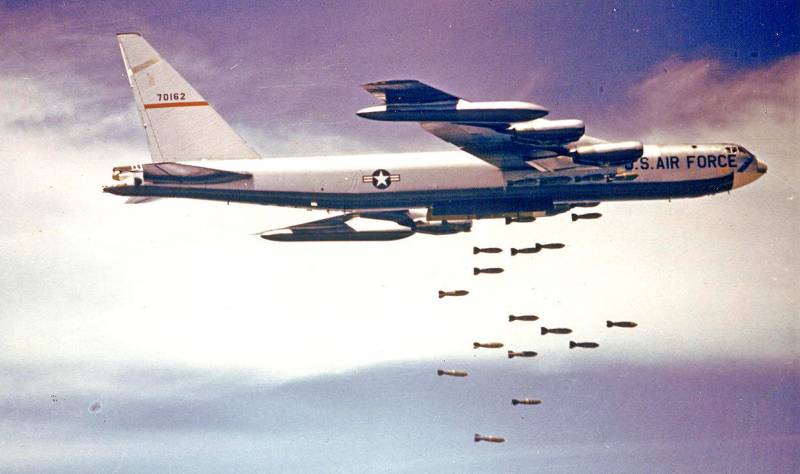 The New York Times, referring to declassified documents from the archive, reported that the then commander of the US forces, William Westmoreland, developed a plan for the operation, which he called Fracture Jaw ("Fracture of the jaw"). She envisioned the deployment of atomic weapons in southern Vietnam so that in the event of a threat of defeat, use them against the Vietnamese liberation forces.

In those years, the President of the United States was Lyndon Johnson. It was he who stopped the implementation of this plan into practice. But not from humanistic considerations, but from pure calculation: in the event of such a daring step, China could enter the war, which Washington was afraid of. Johnson also had another motive: although he respected Westmoreland, he did not at all want the Pentagon generals to take on too much of a role in leading the fighting in Vietnam.

Johnson learned from Westmoreland that he was preparing to transfer nuclear weapons to Vietnam from Walt Rostow, who was his security adviser. The head of state ordered the operation to be canceled. This was told by Tom Johnson, who in those years served as secretary of Lyndon Johnson.

Upon learning that such plans had been set in motion, the president was extremely disappointed through Rostow and, as I understand it, directly to Westmoreland ordered everything to be stopped immediately
- said Tom Johnson.

In January of this year, documents were declassified that there were plans to drop more than 400 atomic bombs on the Soviet Union. Now the terrible truth is emerging about the Vietnam war, which even without nuclear weapons claimed millions of lives.