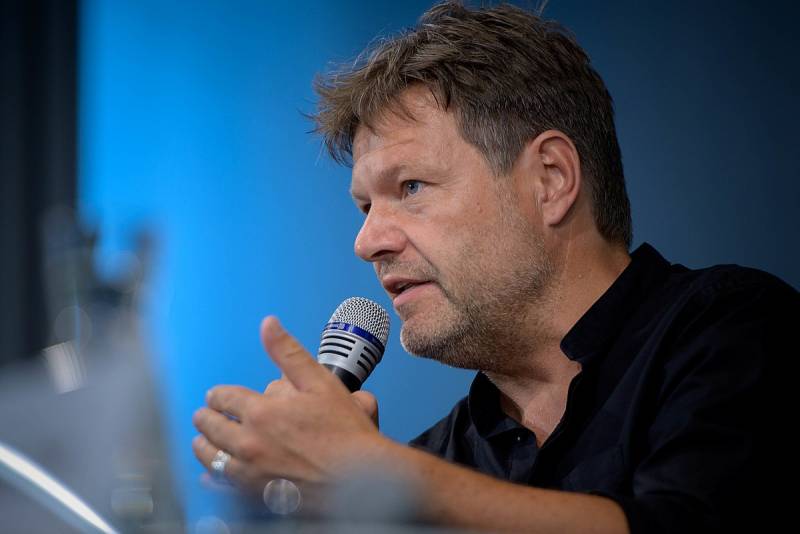 The launch of the Nord Stream 2 gas pipeline would mean the defeat of the Europeans in the face of Russia and a white flag. This point of view was expressed by the German Vice-Chancellor, Minister for economics and climate protection Robert Habek.

This would be the raising of the white flag in Germany and Europe. We don't have to do this
- Habek said in an interview with CDF.

In addition, according to the head of the department, the launch of the pipeline will lead to negative consequences in the future, since it will further increase the dependence of Germany and other European countries on Russian gas. If NSP-2 is launched, Moscow will achieve its goal and ease European sanctions. In this regard, Khabek urged to find alternatives to blue fuel from the Russian Federation and be more economical.

Meanwhile, the German sociological research agency Insa conducted a survey, according to which 44 percent of German residents are ready for street protests against high energy prices. Supporters of the Left Party and the Alternative for Germany express the greatest dissatisfaction with the current situation.

Earlier, the former head of the parliamentary faction of the left in the Bundestag, Sarah Wagenknecht, suggested that Berlin could not withstand the economic confrontation with Moscow, since Germany could not currently survive without energy supplies from Russia.

Russian raw materials and, above all, relatively cheap fuel are the necessary conditions for the existence of a competitive German industry, without which we cannot do. Economic war will destroy our country, hardly hurting Putin
- the politician emphasized in an interview with the dpa agency.
Reporterin Yandex News
Reporterin Yandex Zen
6 comments
Information
Dear reader, to leave comments on the publication, you must sign in.