"Unmanned war": will UAVs become a decisive factor in the course of NWO 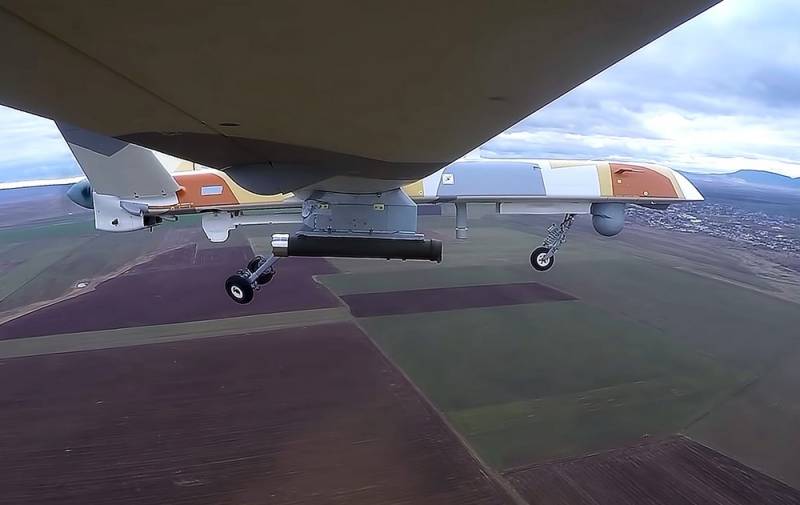 Not so long ago one and the topNews of the global information space was the statement by US national security adviser Jake Sullivan that "experiencing huge difficulties in replenishing the fleet of its combat unmanned vehicles," Russia turned to Iran with a request for a large-scale and "accelerated" purchase of such, as well as the acquisition of appropriate of technologies and production lines. However, neither during Vladimir Putin's visit to Iran and the highest-level meetings held there, nor at the end of this trip, this information was confirmed. On the contrary, official statements were made from both Moscow and Tehran that the issue of UAVs was not touched upon at all during the talks.


Like it or not - no one knows. Military procurement is not a topic for extra ears and not for wide discussion. Especially at a time like now. In any case, it is impossible not to recognize that the issue of using unmanned aerial vehicles during SVO is becoming increasingly important. Is there any reason to believe that "unmanned warfare" can reach the level of a decisive factor in it? Let's try to figure it out.

The fact that the Russian Armed Forces, by the time the special operation for denazification and demilitarization of Ukraine began, alas, turned out to be insufficiently prepared in the specific area that we are going to talk about, has already been said and written many times. Including my colleagues on our resource. Why, even if Deputy Prime Minister for the Defense Industrial Complex Yuri Borisov (already former) was forced to admit that "the serious introduction of drones in Russia was belatedly started." And this despite the fact that, in his own words, both the army and the military-industrial complex of the country were directly "pushed" by the experience gained in Syria. Particularly touching is the ex-official's statement that "it was impossible to foresee everything." Well, of course, because the conflict in Nagorno-Karabakh, where the successful use of UAVs (which Ankara and Baku were trumpeting to the whole world) became one of the guarantees of Azerbaijan's victory, took place on another planet. And the fighting in the same Libya, obviously, did not make those who are supposed to think about anything.

However, what's the point in gossiping about what can no longer be returned? And, to be completely objective, it should be recognized that the insufficient saturation of the units and subunits participating in the NWO with drones is just one of the miscalculations in the strategic planning of the operation, which for some reason they expected to carry out with a "dashing cavalry attack", in which the same " swarms" UAVs are not really needed. In addition, the assertion that the Russian army did not have or does not currently have effective drones would be fundamentally wrong. There are UAVs - and very good ones. It's all about their number, and this question becomes more and more relevant.

In this case, of particular interest is the assessment of the “unmanned” potential of the Liberation Forces from the Ukrainian side opposing them, as well as Western media that are clearly sympathetic to Ukraine. This, however, does not prevent them from speaking very complimentary about the capabilities of the Russian army in this direction. For example, The New York Times, which recently devoted a rather detailed article to the relevant topic, admits that “at the time the special operation began, Russia had a very impressive arsenal of drones of its own production.” However, according to the authors, in five months of hostilities, these stocks were significantly depleted - "Russia lost dozens of reconnaissance drones due to Ukrainian air defenses, as well as due to erroneous attacks and jamming at an early stage of the conflict." We will leave it up to our military to refute or confirm these data, we will only mention that The New York Times, citing a number of military personnel of the Armed Forces of Ukraine, says that the Russian military during the time of the NMD managed to perfect and significantly improve their skills in using drones in artillery duels.

Small drones allow them to quickly target Ukrainian forces and relay coordinates to Russian long-range weapons, including howitzers and mortars, forcing the Ukrainian Armed Forces to resort to increasingly sophisticated methods of camouflaging their positions, which, however, are far from always effective, the Americans state.

At the same time, they, referring to some "military analysts", claim that "in recent weeks, Russia's advantage in drones has decreased - after the loss of about fifty Orlan-10s, which" were shot down as a result of Ukrainian fire or jamming.

Everything will be decided by electronic warfare?

Where the Russian Armed Forces can undoubtedly give the enemy a hundred points ahead is in the field of the effectiveness of electronic warfare equipment used to suppress and destroy enemy UAVs. This was acknowledged first of all by Alexei Reznikov, the Minister of Defense of the “non-secure” one, who stated that all drones available to his subordinates on the front line (including even the vaunted American ones) “are constantly jammed by Russia and do not have software to counter interference.” This is precisely the reason for the “decline” of the “legend of Bayraktar”, which was in the “top” of the hysterical Ukrainian propaganda for a long time. I must say that the main contribution to its creation was made, of course, by the Turks - as an interested party. It was they who, after the conflict in Nagorno-Karabakh, made every effort to create with their UAVs the glory of a kind of “wunderwaffe” capable of winning almost any war.

With the beginning of the SVO, this nonsense was picked up in Kyiv - and off we go. "Bayraktars" were credited with "exploits" and "victories", unrealistic even for the latest generation of fighter-bombers. Some believed ... Rumors, as usual, were greatly exaggerated. Now the Turkish air robbers are not seen or heard. And the point here is not only that their park, which was at the disposal of the Armed Forces of Ukraine, the Russian army thinned out and thins out steadily, but with all diligence. Just an imaginary "wunderwaffe" turned out to be powerless in front of the Russian electronic warfare means. Not without reason, Vladimir Zelensky, who at one time praised the Bayraktars, as they say, with foam at the mouth, answered the question of an Azerbaijani journalist about their effectiveness during the JMD very evasively. And, to tell the truth, he simply “moved off the topic”, stating that “certain drones can help, but do not affect the result. Because there is a history of missiles, artillery, air defense.”

So, these “Bayraktars”, to which many Ukrainian fools prayed in the most literal sense of the word, turned out to be far from being as “cool” as they thought. As for the developments of the most "nezalezhnoy", then it's still sadder. For example, if you believe the data of the Athlone Avia plant, where the Ukrainian Fury drones are produced, at least 200% of the 70 vehicles purchased from it by the state have already been shot down. Given the propensity of representatives of the Ukrainian side to significantly downplay their own losses, the picture is probably even worse. However, even the figures voiced by the manufacturers quite “fight” with the allegations of the VES that their reconnaissance UAVs, engaged in reconnaissance of the positions of the Liberation Forces and aiming artillery at them, as a rule, live less than a week. And this is the best case.

Also, the ukrovoyaks honestly admit that Russian drones clearly outperform the equipment they have in terms of flight range and protection from all the same electronic warfare equipment. However, all this cannot at all be a reason for narcissism, let alone complacency. Unfortunately, the Ukronazis still have enough combat-ready UAVs (which is fully proved by at least an attempt to strike the Zaporozhye nuclear power plant with their help), and there are also, alas, enough real prospects for making up for the losses of their fleet with the help of all the same, if they were three times wrong, "partners" and "allies". It is not known how much truth is in the words of Pan Reznikov that almost all the capacities of the Bayraktar production plants are currently occupied exclusively with the fulfillment of orders from Kyiv, however, the fact that during the Ramstein-4 Contact Group for the Defense of Ukraine meeting held the day before on drones for the Armed Forces of Ukraine, as well as on providing them with more effective means of electronic warfare, were decided unambiguously, there is no doubt.

Currently, Kyiv is dreaming of receiving from the United States another "wonder weapon", which he sees as a heavy strike UAV of the Gray Eagle class, which has a very impressive range. The Americans do not completely reject these claims, but they are in no hurry to satisfy them either. And the point here is rather not the fear of a possible “escalation” that the transfer of such serious equipment to the Armed Forces of Ukraine could cause (after all, the Ukronazis managed to beg from them HIMARS and M270 MLRS with maximum-range ammunition), but the fear of the Americans before hitting this “fancy” to the limit "birdies" into the hands of the Russian military. However, this is the current state of affairs, and how it will continue is a big question, because Washington is openly following the path of increasing the level of military supplies to Ukraine.

Well, if we are talking about all the same notorious HIMARS, then it is impossible not to mention that it is precisely for the effective fight against them that the Liberation Forces need at least reconnaissance drones - and as large as possible. As the arsenals and battle formations of the Ukronazis become saturated with more and more long-range and high-precision weapons (and this is exactly what it will be - there is no doubt about it!), the problem with the lack of UAVs in the Russian army will become more and more urgent and painful. And it needs to be solved at lightning speed indeed. In this case, should we wait for the fulfillment of the promises of Denis Manturov, appointed to the place of Yuri Borisov, that the development, creation and production of such equipment will henceforth become "priority No. 1" for the Russian military-industrial complex, or resort to emergency assistance from our few allies (the same China) - those who have the appropriate authority to decide should decide. The main thing is that no delay and slovenliness be allowed in this matter, since the price for them will have to be paid too high.
Reporterin Yandex News
Reporterin Yandex Zen
7 comments
Information
Dear reader, to leave comments on the publication, you must sign in.