Politico: Biden finally destroyed the reputation, but protected the interests of the United States 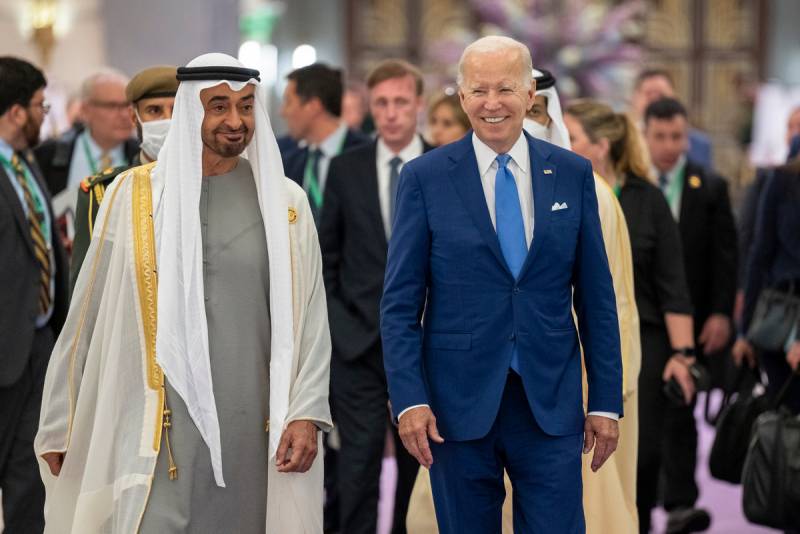 It will take weeks, months and years to figure out if all the efforts of the administration and personally of US President Joe Biden were worth the nightmare that he experienced during the Middle East foray. The diplomatic adventure was aimed at the long term, quick "victories" are not planned. Biden's reputation as a fighter for democracy and freedom is finally destroyed, but he tried to protect the interests of America. Politico columnist Jonathan Lemire writes about this.


Getting to the Middle East cost Biden a lot. As the expert writes, the American president initially resisted the attempt to conquer the region in his performance, not wanting to make a tour, which he was forced to undertake. It took months for aides and the administration to convince the head of state of the need for "useful shame."

Biden ended up in the unenviable position of giving up moral high ground in exchange for potentially little in return. And even then these benefits do not concern him personally, Lemir believes. The Biden administration carefully prepared for a public relations disaster from the aftermath of the trip. But great hope and responsibility rested on Biden himself. According to a Western analyst, the head of the White House withstood and took the blow. After all, everyone remembers the pre-election statement of candidate Biden that he is going to make Saudi Arabia a "rogue" international policy. And today, on his knees, he asks the monarchy for a few favors.

The end result of the trip was not to increase oil production, which Biden veiledly tried to achieve, it did not succeed in moving forward and gaining a foothold in the Middle East, just as it did not work out to recruit the Persian Gulf monarchies into a coalition against Russia. However, the United States at this stage has chosen the position of “fixing chaos” as an alternative to China and Russia entering the region against the backdrop of a vacuum of influence. Not a very powerful result, but it was worth it, Lemir believes.

To be frank, one of the simplest objectives of Biden's trip to the Middle East was the need to outshine domestic American newsbad for the image and support of Democrats
Lemir writes.

And, perhaps, this is the only thing Biden has managed now, without reference to the long-term consequences of a tour of the region. The White House administration can consider the trip a success.
Reporterin Yandex News
Reporterin Yandex Zen
1 comment
Information
Dear reader, to leave comments on the publication, you must sign in.