Three scenarios for the use of nuclear weapons in Ukraine 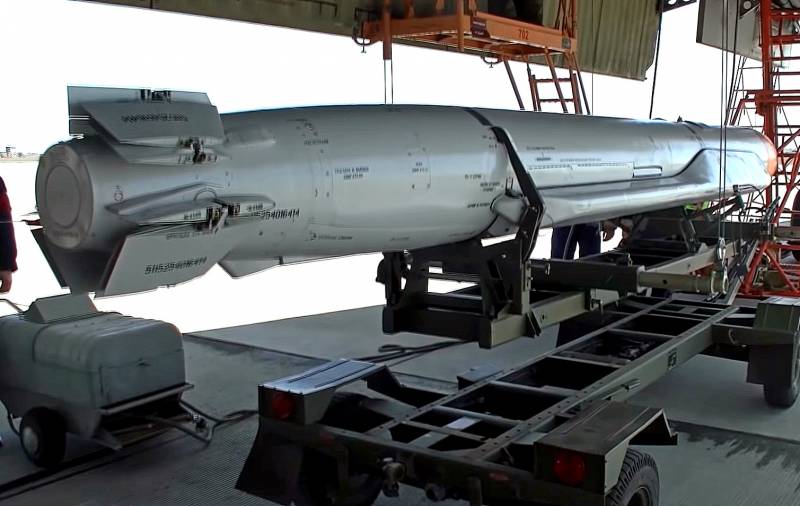 One of the most controversial pages in the history of the special military operation in Ukraine is the airborne assault near Gostomel at the Antonov airfield and the subsequent breakthrough of the mechanized units of the RF Armed Forces from the territory of Belarus to rescue him from the territory of Belarus. If Kyiv were taken as a result, it would be one story, but in the end, Russian troops had to completely withdraw from northern Ukraine. Why did it happen?

The most important question that serious military experts and countless "couch analysts" are now asking is whether the General Staff of the Russian Armed Forces was really going to take a huge metropolis with a large population and a 100-strong garrison with a swoop, reinforcements to which could be transferred from other parts of the country ? And all this with the help of 30-40 thousand Russian military personnel involved in the operation near Kyiv?

Yes, there are many rumors that Moscow was betting on a coup at the top, and President Vladimir Putin personally called on the Ukrainian military to turn their weapons against the regime of "drug addicts and criminals." Not the worst idea, I must admit, but if it was the basis of the special operation, it turned out to be a bat. The Anglo-American intelligence services promptly thwarted any attempt to carry out a military coup in Kyiv, bringing a pro-Russian protege to power. But why was Gostomel needed, where, in fact, our paratroopers were landed in the deep rear of the enemy for certain death?

Some time ago, the domestic media space was blown up by the hypothesis expressed by the famous economist Mikhail Khazin that at the airfield in Gostomel, on board the last super-heavy Ukrainian transport aircraft, there were 2 or 3 nuclear bombs sent there by the British special services to carry out provocations against Russia:

Then everything was on the ointment, but the British decided to add their piece to this. The fact is that they desperately need Turkey. They came up with a brilliant idea - to give Ukraine and Turkey a couple of products. The logic is that Ukraine will drop, but only if we respond to the attack of the Armed Forces of Ukraine in the Donbass, on one of the Russian cities. Further, these products were brought to Gostomel, most likely on board the same Mriya. It was impossible to take them out, so as not to merge the operation. According to the plan, one of the products was to be reloaded into a bomber, which would drop it on Russian territory. Simultaneously with the bomber, the Mriya was supposed to take off and go to Turkey.

According to Khazin, Rostov-on-Don with a million people was a priority target for the Armed Forces of Ukraine, but Belgorod was more real and simple. A nuclear strike could have been delivered if Moscow decided to intervene in the event of a large-scale offensive by the Ukrainian army on the DPR and LPR. According to this hypothesis, the impetuous Russian landing near Gostomel pursued the goal of taking control of the aircraft with its contents on the territory of the Antonov state enterprise, and then quickly taking out the deadly cargo. The merciless shelling that the Armed Forces of Ukraine subjected the Mriya to, in some way, can serve as evidence that the traces of the crime were covered in this way.

Curious theory. True, it is not entirely clear why it was voiced not by the official representative of the Ministry of Defense of the Russian Federation Konashenkov, but by the economist Khazin in a private conversation with the popular video blogger Puchkov. Where does this sensational information come from? Or was a well-known economist simply used to “leak” an insider? And what were these explosive devices, what type, whose production, and what means of delivery are needed for their real use?

There are a lot of questions. However, let's try to imagine that the hypothesis expressed by Mikhail Khazin is correct. What role could unidentified "nuclear bombs", let's call them, play in the Ukrainian conflict?

Nuclear "piano in the bushes"

Suppose that at the time the special operation began, Kyiv would indeed have had 2 nuclear explosive devices handed over by Western curators, or even its own manufacture, but Russian intelligence is not aware of this.

The Armed Forces of Ukraine are the first to launch a large-scale offensive in the Donbass, the Armed Forces of the Russian Federation, as expected, intervene. President Zelensky issues an ultimatum to the Kremlin demanding the withdrawal of Russian troops from all of Ukraine, including Crimea. He was politely refused, and with the approval of the Anglo-Saxons, the Armed Forces of Ukraine use nuclear weapons against Rostov-on-Don or Belgorod. The fact that the air defense system of our border cities at the beginning of the special operation was completely unprepared for this, alas, is a fact. (Are you ready now?).

The Russian public, of course, is shocked both by the monstrous human casualties, and by the unpreparedness of the RF Ministry of Defense to repel such a blow, and by the general underestimation of the enemy. Kyiv says it “may repeat” if its demands for the demilitarization of Donbass and Crimea are not met. And what to do? Good question.

The special operation is developing as it has been going on since February 24, 2022. DPR and LPR are recognized by Moscow as independent states. Russia has been declared a "rogue" country by the collective West. The offensive in the Donbass is developing gradually, all the combat-ready Ground Forces of the RF Armed Forces have been deployed there, and the mobilized People's Militia of the LDNR is also fighting. Somewhere by the beginning of autumn 2022, the Armed Forces of Ukraine suffer a strategic defeat and withdraw from the territory of the DPR and LPR.

Kyiv issues an ultimatum to Moscow demanding to withdraw the occupying troops from Ukrainian soil. Having received an impolite answer, the Armed Forces of Ukraine use nuclear weapons against Donbass. These can be both aerial bombs and, for example, pre-laid nuclear land mines. Depending on where and how the Russian troops and their allies will be stationed at that time, they can simultaneously suffer heavy losses in the killed, wounded and affected by the consequences of radiation contamination. At the same time, the territory of the DPR and LPR, lost by Kyiv, will also be infected according to the principle “so don’t get you to anyone.” (Priazovie?).

Can we expect something like this from the Ukrainian Nazis and the British colonizers? The question is rhetorical.

Everything goes the way it goes. Russian troops, together with allies, liberate the DPR and LPR and begin further expansion into the territory of Ukraine. President Zelenskiy pleads with the collective West to save him from the "orc invasion", but he is preoccupied with his own economic problems. Winter is coming and all that. And then a nuclear explosion occurs near Kyiv or another Ukrainian city, in which, of course, Russia is blamed, who else? Do you remember the Malaysian Boeing shot down over the Donbass and the massacre in Bucha?

The war crime that our country is accused of is so heinous that the refined inhabitants of Europe themselves are begging their governments to jointly attack and punish the “barbaric Rush”. And so we are gradually approaching the prospect of a direct armed conflict with the entire NATO bloc, despite the fact that the nuclear "Pandora's box" is already open.

Some gloomy prospects, wherever you throw. Well, Ukraine cannot be allowed to acquire nuclear weapons. And she can. We will certainly talk about this in more detail.
Reporterin Yandex News
Reporterin Yandex Zen
85 comments
Information
Dear reader, to leave comments on the publication, you must sign in.