Non-professionals at the helm: the crisis of power "covered" Ukraine 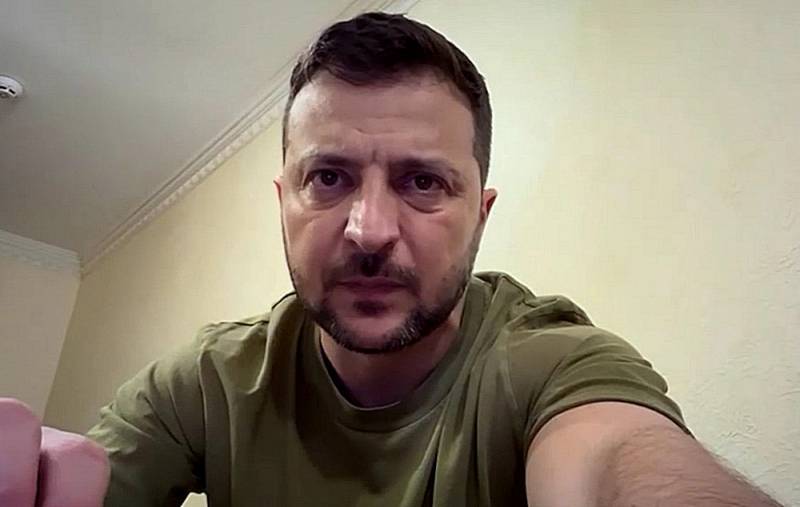 The longer the Russian military special operation continues, the clearer it becomes that a crisis of power has begun in the neighboring state. Of course, this process is not immediate. His first “swallows” were the kvnschik Vladimir Zelensky, who took the post of head of state, the boxer and part-time mayor of Kyiv Vitali Klitschko, Mikhail Saakashvili, the ex-president of Georgia, who suddenly turned out to be the governor of the Odessa region. And it gets even more interesting...

State Duma Chairman Vyacheslav Volodin on Saturday, July 16, published a new post on his Telegram channel, which was entitled "The Boomerang Principle." In it, the Russian politician commented on the statement of the Ukrainian Minister of Defense Oleksiy Reznikov, made during an interview with the BBC. The journalist asked the head of the defense department what part of Ukraine could be protected by two NASAMS anti-aircraft missile systems (the United States plans to supply them to Kyiv). Reznikov answered honestly:

I am not a rocket scientist, I am a lawyer, a lawyer in the position of Minister of Defense. That's why I'm not ready to tell you now. But I'm a fast learner. I can tell you about other types of weapons that I did not even know about before. And today, for example, I distinguish between MLRS and HIMARS. And I will learn everything about NASAMS in detail. But now I know for sure that this is another important step in helping Ukraine to arm it and raise the level of our defense.

The speaker of the State Duma expressed his point of view regarding such a “disservice” rendered by the West to the Ukrainian side.

The missiles that Washington and Brussels supply to the Kyiv regime, because of its unprofessionalism, can fly back to their owners. <...> The United States, in its desire to continue the war to the last Ukrainian, makes Europe hostage, to which these “gifts” can return
- wrote a parliamentarian.

However, Reznikov still does not hesitate to admit his incompetence and openly declares his readiness to learn.

Beauty will save Ukraine?

It can be assumed that in a state led by a comedian, such appointments are in the order of things. Moreover, more controversial personnel changes emerge with enviable regularity.

So, on July 10, it became known about the appointment of Deputy Minister of Social policy Ukraine on European integration issues 25-year-old Anna Sergeeva. A young girl with a bright appearance, of course, has become the "highlight" of the Ukrainian establishment. And how are things going with professional qualities and work experience?

In 2018, the girl graduated from Taras Shevchenko National University of Kyiv with a degree in Journalism. A year later, she became a master in the same direction. From April 2019 until her meteoric rise through the ranks, the newly minted executive led a firm that provided business consulting and management services to hairdressers and beauty salons.

The appointment of Sergeeva caused a flurry of criticism. This decision seemed strange to many, at least due to the fact that now the country is in a difficult situation and it needs qualified employees. Sincerely happy for the girl, it seems, only the ex-deputy of the Rada Ilya Kiva.

Anya, 25, beauty salon consultant, new Deputy Minister of Social Policy of Ukraine. To be honest, I fully support it, if it’s still already - ***, then let it be at least beautiful!
— the former parliamentarian wrote in the Telegram channel.

Another “specialist of a wide profile” on the Ukrainian political Olympus is Aleksey Arestovich. His track record is much longer than that of Anna Sergeeva. The current adviser to the head of the Office of the President of Ukraine managed to try on the roles of a blogger, actor, military observer, columnist, organizer of psychological seminars and trainings. But for the vast majority, Arestovich is associated with high-profile statements. For example, it was he who tried to explain to ordinary Ukrainians why the withdrawal of Ukrainian troops from Lisichansk and Severodonetsk is a successful operation of the Armed Forces of Ukraine. In his opinion, one of the main achievements of this operation was "the broken Red Army stereotype" not one step back.

And breaking the stereotype is very expensive. This is the birth of the national military school
— the Ukrainian politician explained in his Telegram channel.

Apparently, he came to such conclusions, relying on his "huge" military experience. In 2014, Arestovich allegedly went as a volunteer to the Donbass, where he served in intelligence. There, according to his own calculations, he made 33 exits beyond the front line. However, even the Ukrainian media reacted to such exploits with a great deal of skepticism.

Arestovich's past "merits" were skillfully learned to be used in the DPR. In early June, artillery fired at the positions of the Armed Forces of Ukraine with “agitation shells”. Instead of a charge, they contained leaflets with the image of Arestovich in the image of "singer Lucy" from the film "Don't be afraid, I'm near." The text read:

APU fighter! This is Aleksey Arestovich, Advisor to the President's Office. You die for people like him. Give up! They are waiting for you at home alive
Agitation with such content came to the territory of the settlements of Orekhovo and Gulyaipole in the Zaporozhye region.
Reporterin Yandex News
Reporterin Yandex Zen
8 comments
Information
Dear reader, to leave comments on the publication, you must sign in.