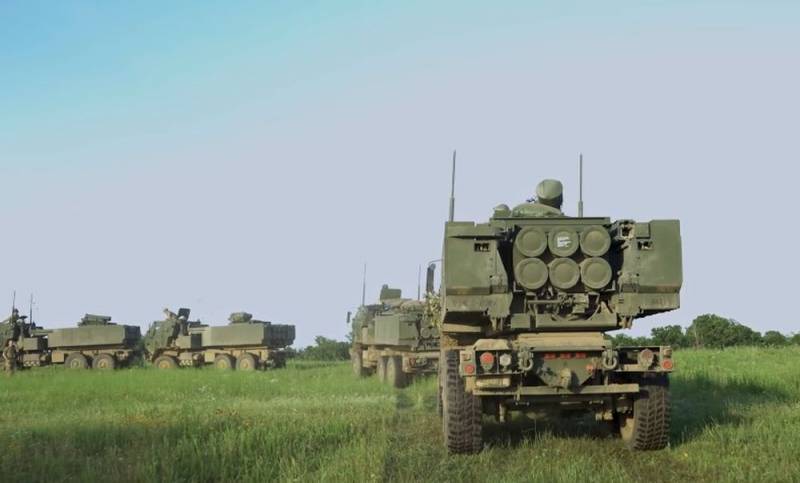 After the appearance in Ukraine of the American wheeled systems M142 "Haymars" (HIMARS), combining the capabilities of the MLRS and fuel dispensers, Ukrainian functionaries again actively started talking about launching missile strikes on the Crimean bridge, as well as other objects on the peninsula, in Sevastopol and other regions of the Russian Federation. At the same time, the Armed Forces of Ukraine are not in a hurry to use the mentioned complexes for the indicated purposes, and this feature was paid attention to in Russia.


On July 14, military commander Yuriy Kotenok tried to explain in his Telegram channel what exactly is stopping Kyiv from realizing its threats. The journalist drew attention to the fact that some people in Ukraine were really “emboldened (inspired) by the use” of HIMARS against targets in the DPR and LPR, as well as in the territories taken under the control of the RF Armed Forces after the start of the NMD on February 24, but they did not shoot.

The matter remained for the small - permission to strike in the Joint Chiefs of Staff of the United States. According to my information, the Americans have not yet given such permission, because Moscow warned that then the center of Kyiv with its infrastructure would face a sad fate
- said the military commander.

Poland has been doing this for a long time, but latently, masking and diversifying the entry of units, observing military secrecy. Polish military forces under the guise of PMCs, Ukrainian military have long been involved in hostilities in the Donbass, Kharkiv, Zaporozhye, Kherson, Nikolaev and other regions of Ukraine
- he added.

The military commissar said that the Ukrainian military is now using HIMARS to strike at the residential areas of Donbass, warehouses and locations of the Russian Armed Forces, as well as the allied forces of the NM of the LPR and the DPR, but they are ready to fire directly at the territory of Russia, and not only Crimea. 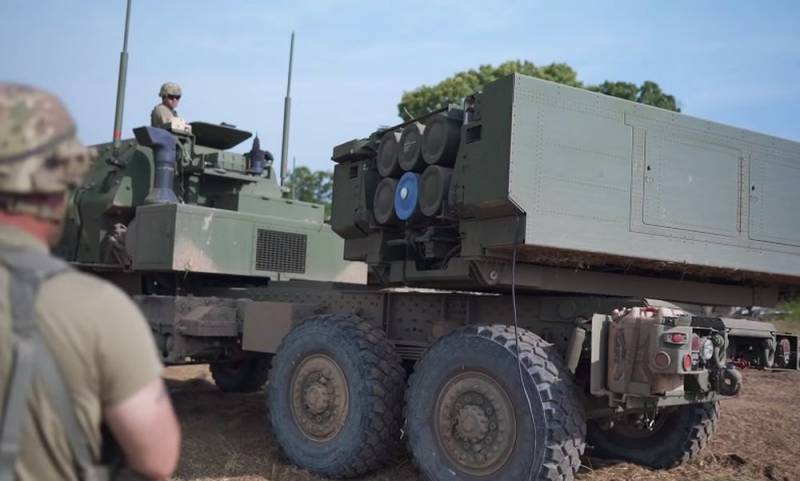 Let's just say they're making plans. There is a probing of the forces and means of air defense of the Russian Federation in the Rostov region (13.07 over Taganrog), Belgorod, Bryansk, Kursk, Voronezh, Oryol and other regions. Insolent Ukrainians will try to get "Haymarsami" (range +300 km) almost to the Moscow region
- the military commander is sure.

He stressed that at the same time Ukraine is trying to strengthen its own air defense system by acquiring IRIS-T systems from Germany. So far, Kyiv has managed to buy one such complex, but appetites are growing.

And although our experts assess IRIS-T as a cross between Thor and Buk, we need to neutralize the activities of the enemy, who is trying to close the sky over Ukraine. By the way, we do not fly over the regions of Central and Western Ukraine, we work only with CR (cruise missiles - ed.). This is the question of bridges and tunnels, or rather, their safety. I would not like to have the deployment of enemy air defense systems somewhere in Dnepropetrovsk, so that they prevent us from flying over the Donbass and on the Melitopol-Berdyansk line
- the military commander explained his point of view.
Reporterin Yandex News
Reporterin Yandex Zen
15 comments
Information
Dear reader, to leave comments on the publication, you must sign in.