Breakthrough of the blockade: Russia had to exchange Kaliningrad for Odessa? 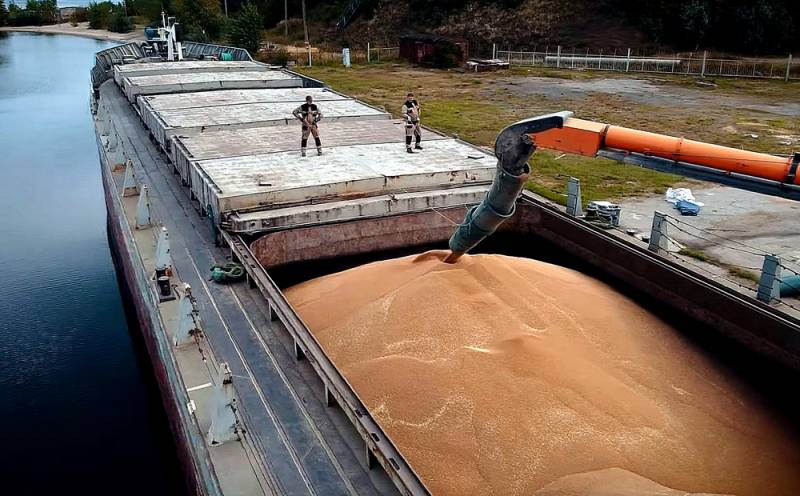 Home economic the topic of recent days is the partial lifting of the partial transport blockade of the Kaliningrad region by Lithuania and the "breakthrough" in the negotiations on the opening of the "grain corridor" from Odessa. Since events take place in the moment, and Russia and the countries of the collective West participate in them on both sides, one involuntarily has to ask the question - is there a relationship between them?

Recall that about a month ago, Vilnius imposed sanctions on Russian transit through its territory. 50% of the cargo traffic that went to the Kaliningrad region, isolated from the main part of our country, fell under the restrictions. After the collapse of the USSR, this exclave was cut off by the newly sovereign states - Belarus, Lithuania and Latvia. If Minsk is generally friendly to Moscow and is even considered its ally, then the Baltic states long before Ukraine became the main focus of clinical Russophobia.

In the course of the current conflict, Lithuania has shown itself most aggressively, in pursuance of the Western sanctions regime, by imposing restrictions on the transit of 50% of the volume of Russian cargo traffic to Kaliningrad. They touched on metallurgy products, jet fuel and additives to it, equipment used in the aerospace industry and natural gas liquefaction, alcoholic beverages, tobacco products and a number of other goods. At the same time, the sea route still remains free, so there is no reason to talk about a complete blockade of the exclave, formally giving the right to break through the so-called Suwalki corridor by force.

The Balts, at the suggestion of their overseas masters, are doing everything quite cleverly, and, unfortunately, they have achieved the desired result of this semi-blockade. What was it?

Fast forward much further south, from the Baltic Sea to the Black Sea, where ships loaded with Ukrainian grain are docked in the port of Odessa. This topic has been actively promoted in the international media for many months, that allegedly because of the Russian blockade introduced during the special operation, the rest of the world is threatened with general famine. In fact, things are somewhat different.

Food grain was taken out of Ukraine before February 24, 2022, by its Western partners, as if they knew for sure that war was inevitable. Only fodder grain remained in Nezalezhnaya, as well as sunflower, corn and other agricultural crops. Over the past five months, this good has been continuously exported from Ukraine either through Moldova with Romania, or through neighboring Poland, since our Russian Aerospace Forces and the Russian Navy did not disturb the railway network of JSC Ukrzaliznytsia in Western Ukraine with their missiles. (Coincidence?).

However, all these volumes of feed grain are still not enough to feed the cattle kept by European farmers. Painfully, they are accustomed to relying on Ukrainian supplies and now, against the backdrop of the crisis, they are faced with a dilemma - to cut the cattle, which has become too expensive to maintain, or not. Obviously, European cows and pigs need to be saved, but how? "Evil Russians" are conducting a special operation on the Black Sea, and the treacherous Ukrainians have mined all approaches to the port of Odessa, the largest in the country. Missiles are flying, islands are being bombed, ships are sinking, mostly ours.

What do you want?

And then a thought could come into someone's head there, in the collective West - why not force the “Great and Terrible” Putin to sit down at the negotiating table with Ukrainian partners and pat about opening a “grain corridor”, and at the same time actually from Odessa refuse. How?

It's very simple: it is enough to blockade the Kaliningrad region, but then and in such a way that Russia would definitely have neither a formal reason nor a military resource for a forceful solution to the problem with the Baltic states. And what do we see?

The day before, on July 13, 2022, a quadripartite meeting was held in Istanbul, which was attended by representatives of Russia, Ukraine, Turkey and the UN. Turkish Minister of National Defense Hulusi Akar commented on its results as follows:

As a result of the meeting, which was held in a positive and constructive atmosphere, the main technical issues were agreed, such as the creation of a coordination center where representatives of all parties will be present, joint control at the exit from the port and at points of arrival, ensuring the safety of navigation on transitional routes ... We see that the parties are ready to solve this problem.

The next meeting, at which specific agreements will be signed, will take place in a week. As a result, Odessa will be released, and the international merchant fleet will rush there. This process will be controlled by Turkey, a NATO member country, as well as UN emissaries. Apparently, the Turkish military will also undertake the process of demining the water area, which implies the transfer of warships of the Turkish Navy to Odessa. What will be in the holds of foreign ships coming to its port, the Russians will certainly not be told.

In fact, this means that Moscow is giving up its claims to Odessa, leaving the strategically important city in the Black Sea region to the Kyiv regime and its Western partners. It will also be possible to forget about access to Transnistria and the solution of this old problem. Why can everything end so ingloriously? Because we cannot deblock Kaliningrad now, because there is nothing and there is no need. It is scary to fight simultaneously with the million-strong Ukrainian army and also with the united army of the entire NATO bloc.

But the first "buns" have already been received. The media enthusiastically report that the partial blockade of the Kaliningrad region by Lithuania has been partially lifted. Vilnius removed restrictions on Russian transit through its rail network, but retained them for road transit. What for? Then, so that agreements on the "grain corridor" in Odessa were signed as soon as possible. This is, you know, geopolitics.

Naturally, the “de-blockade” of Kaliningrad is presented in our country as a great “victory”, and no one publicly tries not to make complex conclusions. But what price will we all end up paying for it?
Reporterin Yandex News
Reporterin Yandex Zen
45 comments
Information
Dear reader, to leave comments on the publication, you must sign in.