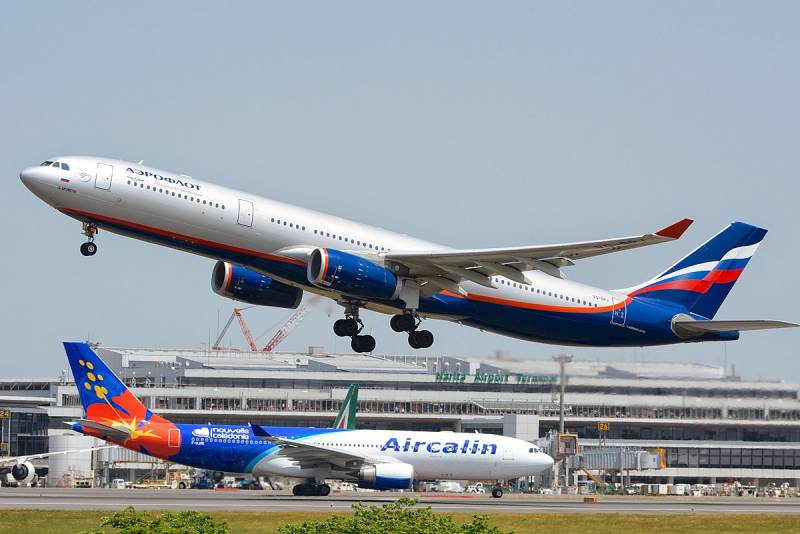 Western sanctions imposed on Russia after the start of the Ukrainian special operation include a ban on the use of foreign aircraft under lease. Thus, the Washington Post newspaper writes that out of 515 aircraft leased by the Russian side, only about 80 aircraft returned to their owners.


Thus, the American publication accuses the Russian Federation of actually appropriating more than 400 foreign airliners, and the owners of the latter believe that they are unlikely to be able to return their aviation machinery (sanctions apply not only to aircraft, but also to engines, as well as spare parts, software and maintenance).

The volume of insurance claims from airlines is also growing, the amount of which has already reached about $10 billion.

At the same time, WP points to Moscow's attempts to put pressure on the relevant countries to give up their claims regarding the aircraft. In this regard, a case is reported with the Airbus A330-300 of Aeroflot, leased from the Irish company AerCap and located at the airport of Sri Lanka. The Irish demanded the return of the aircraft, to which the Russian side threatened to stop oil supplies to this country and create problems at the diplomatic level. As a result, a few days later the plane flew to Moscow and is now flying to Kyrgyzstan.

A total of 37 countries in Europe, North America and Asia have announced similar sanctions against Russia. These restrictive measures have the potential to undermine Russian air traffic, since more than half of the country's commercial aircraft are leased from foreign companies. In March, the Russian president signed a decree authorizing the use of these airliners for flights on the territory of the Russian Federation.
Reporterin Yandex News
Reporterin Yandex Zen
7 comments
Information
Dear reader, to leave comments on the publication, you must sign in.