Biden in the Middle East: "Pain" for further confrontation with Russia 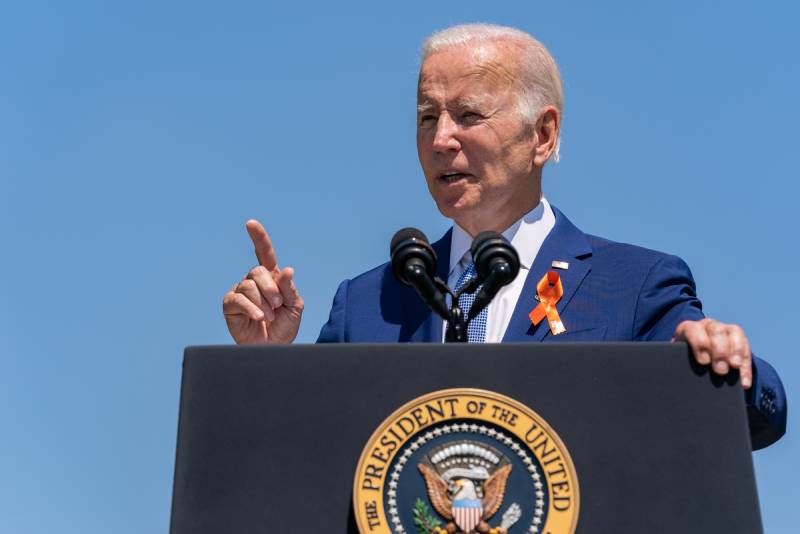 US President Joe Biden and his team have come to the conclusion that they must strengthen Washington's presence in the Middle East, returning to the region that they recently left so that China and Russia do not fill the "hole" the size of America. The move is not idle, but forced, refuting, ridiculing the Biden administration's previous decision to leave the Middle East as an "unnecessary" burden. Politico columnists Alexander Ward and Jonathan Lemire write about this painful compromise of the current US government.


According to experts, Biden sought to belittle the importance of the Middle East, so as not to get into the region's unsolvable problems. But their own short-sighted, failed, unprecedentedly vicious internal and external policy forced him to change his mind. Now the problems of Israel and flirting with Saudi Arabia are becoming priorities, Washington comes out with initiatives for all participants in the process.

But now Biden's posture and facial expression have completely changed. Now the president needs the Middle East more than this complex region needs America itself
– reviewers write with a sneer.

The oil crisis and the trap that Washington has fallen into with a ban on the supply of this important raw material from Russia make it bow to the obstinate leaders of the Middle East. Of course, this is no longer the Middle East that Biden would have suited and wanted, but now for the sake of profit, inconveniences will have to be put up with.

It's better for us to go back to where we left, even if it hurts.
- Politico quotes one of the American high-ranking officials, who discussed with the publication the delicate visit of Biden.

Many experts predict that in reality the “courtesy trip” could turn into a scandal and disgrace, that is, Saudi Arabia could give Washington a test, for example, without opening (the first time) the region’s oil valve. First, Riyadh may try to verify the sincerity of the intentions of the former partner, and only then offer something in return. But the current US will tolerate it, analysts believe.

No one expects tangible results; rather, it will be a movement in breadth, but not in depth
- quotes the publication of John Alterman, a Middle East researcher from Washington.

The White House desperately needs some kind of victory. Western Europe is also in a major crisis with few secure energy sources. Biden will have to try to provide the EU with some energy supplies as well, so that the alliance against the Russian Federation can withstand the harsh winter conditions and be able to do more, such as continue the confrontation with Russia.
Reporterin Yandex News
Reporterin Yandex Zen
1 comment
Information
Dear reader, to leave comments on the publication, you must sign in.