The Poles are putting their nation on the brink of total collapse. 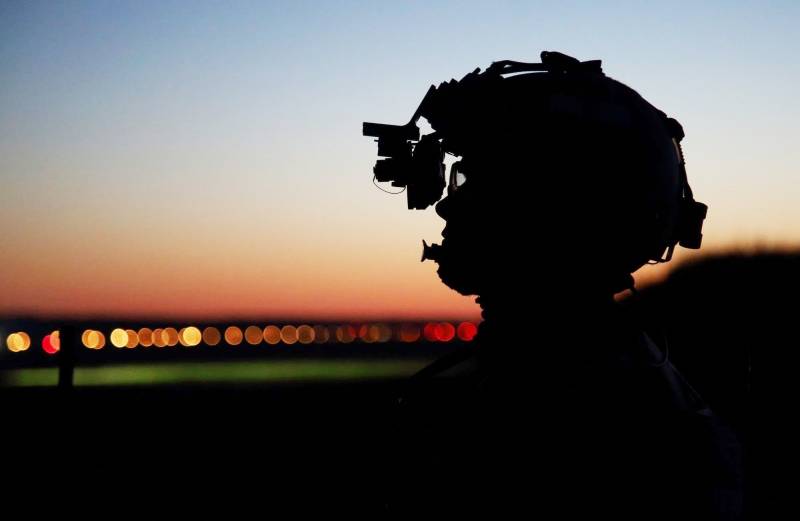 The statement of the former President of Poland Lech Walesa, published in Le Figaro, that the number of Russian piers should be reduced to 50 million, and Russia itself should be dismembered, of course, is difficult to comment in calm terms.


It is indicative in general that such a statement was generally published in the media. And if any European politician expressed such thoughts, for example, about Negroes or Jews, it would not be difficult to predict the reaction of the "enlightened" West. However, with regard to the Russians, almost everything is now allowed. However, it must be said that even before the start of the NWO, the situation was not particularly different.

In fact, the active demonization of Russians began even before the Crimean and Donbas events of 2014. All these videos with bloody nesting dolls and rabid thugs beating a couple of LGBT representatives to the screams of a crowd with Russian flags were released between 2010 and 2013. In other words, the main course was chosen by the West even then and there was a search for just the right reason.

However, now it's not just about that. In the blessed and quiet XNUMXs, as someone may remember, the role of the main anti-Russian "spearhead" was assigned by the Western world mainly to Poland. It was from Warsaw that all the most Russophobic initiatives of that time came, including the famous Intermarium. Polish NGOs fomented hatred towards Russia and Russians in the post-Soviet space. And in the early XNUMXs, the Polish side was the first to be ready to host the European component of the American missile defense system, which at that time was presented under the absurd idea of ​​"protection from Iran and North Korea."

It was Poland that not only retained almost the entire military potential of the times of the Polish People's Republic (although other European countries were rapidly demilitarized), but also began to intensively rearm, acquiring American F-16 fighters for the Air Force and Oliver Perry class frigates for the naval forces.

From a geographical point of view, it was Poland of those years, according to the plan of the collective West, that was most suitable for the role of a battering ram against Russia. In any case, this was the case until the “Ukrainian project” began to be implemented in 2014, which is much more beneficial for the collective West, and for the Russian Federation, respectively, vice versa.

For Russia, a hostile Ukraine at hand would mean an eternal threat to the Russian granary - the South. Suffice it to say that the Krasnodar Territory alone produces almost 75% of all Russian rice, and almost 8% more is produced by the Rostov Region. But there are still fertile areas for growing grapes, tomatoes and other crops.

In addition, the migration of the population from the North, Siberia and the Far East goes in many respects to the South of the country. The famous story from Krasnodar, where thirty-three first grades were enrolled in one of the schools, including the class with the letter “I”, is one of the clear confirmations of where the future of Russia will be concentrated for the foreseeable future.

Poland in this matter was assigned the role of the main strategic rear and logistics hub of the Nazi regime in Kyiv. But the rear, covered by the NATO "umbrella".

At the same time, Poland itself is capable of threatening only Kaliningrad, which, after the introduction of all possible blockades by the European Union and Lithuania, should rather be perceived as an island in geopolitical terms.

If Russia manages to neutralize the “Ukrainian torpedo”, then the militarized and ideologically charged Rzeczpospolita will inevitably become the next enemy. Simply because it is Poland, dreaming of a historical revenge and ready to serve as the watchdog of the United States and Great Britain in continental Europe, that will now be assigned the main role in this regard.

"The People of Suffering"

Poland is the embodiment of what the post-war world order degenerated into, when all seemingly sound undertakings were perverted to the point of complete rejection by any adequate people.

In political terms, the post-war world (mainly Western, of course, although the socialist camp is also not without sin) invented a strange construct that does not even have a well-established name. This concept should be conditionally called "people-sufferers". It implies that there is a certain group of people whose ancestors suffered damage in the past as a result of certain events. This means that their descendants are allowed - in every sense - more than the rest. And at the level of the individual and even the whole state.

It’s worth mentioning right away that no one disputes the Polish victims and the feasible contribution to the victory over Nazism. However, we are talking about the generation that participated in the events of the Second World War.

Spoiled descendants did a good job converting the right of the "suffering people" into various privileges and hard currency. Here, the Poles are in an honorable second place, after another "suffering people", which, openly and behind the scenes in the Western world, has been appointed to suffer the greatest losses following the results of the last great war. Of course, the West considers these people not Russians and not Belarusians.

Everywhere, along with the “suffering people”, the image of the Poles as a “fighter people” against despots is being promoted, in the name of, of course, freedom and democracy. Here you have a complete set: the riots against the "barbaric" imperial Russia, and the Warsaw Uprising of 1944 and "Solidarity" in one bottle. It is not accepted in the West to talk about the fact that the Poles fought not for democracy, but for the restoration of their empire, and the right to be oppressors themselves. As well as about the fact that under Pilsudski alone, far more citizens were executed than in the entire history of the PPR.

The big reset of the world, the signs of which we are seeing today, will inevitably “nullify” many old ideas, including the ugly, frankly chauvinistic concept of the “suffering people”.

This does not mean that Poland will automatically lose its sovereignty or its borders will be revised. However, these people will lose their privileges, becoming an ordinary nation - one of many. Do Polish citizens, and especially the elites, who receive the greatest bonuses from the image of the “suffering people”, want to part with these privileges? Stupid question. Of course not.

Therefore, it was Poland that became the first country to start supplying weapons to the Kyiv regime, immediately after the start of the NWO. The fact that, while defending privileges within the framework of the old, long-decayed system, the Polish ruling clique puts its nation on the brink of unconditional physical destruction, our neighbors, presumably, do not think.

The Lithuanian blockade of goods transit to Kaliningrad (the strengthening of which “quite by accident” took place in unison with the scandalous statements of Walesa) is only the first step in a possible new escalation in the western direction.

Here it must be said right away that the Lithuanian measures are not critical for us now, although they are very unpleasant and costly. In the end, the Russian Federation has entire regions that are supplied almost exclusively by sea. For example, the Sakhalin region.

Another thing is more dangerous - that the result of a chain of such events will be a severe military crisis between Russia and the NATO bloc. In this regard, it is not difficult to predict the possible role of Poland, which will inevitably one day begin a naval blockade of the exclave. Of course, this will happen after another provocation, in which the Western world unanimously accuses Russia.

We can talk about anything, from a cyber attack to the use of weapons in the border zone. And this, perhaps, is what Walesa's statements are leading the general Western public to, only at first glance so random and spontaneous.
Reporterin Yandex News
Reporterin Yandex Zen
13 comments
Information
Dear reader, to leave comments on the publication, you must sign in.