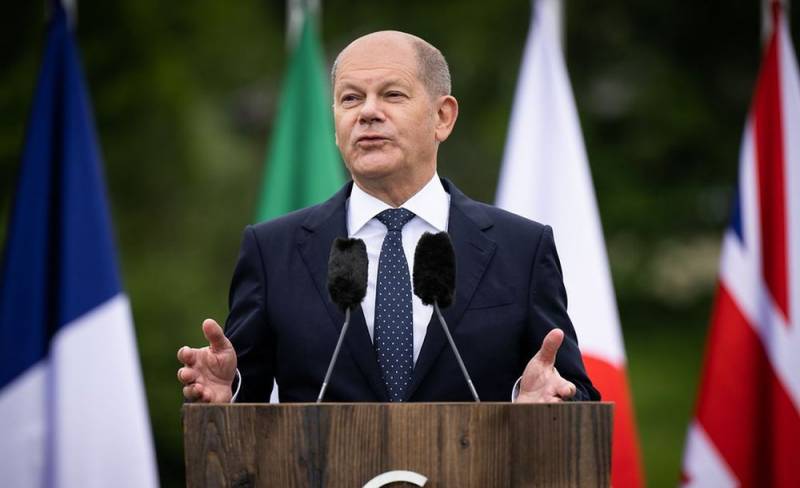 Berlin is acting illogically, although they have already noticed that the sanctions imposed on Moscow are not working quite as originally expected. German Chancellor Olaf Scholz accused Russia of a shortage of gas and the use of "blue fuel" in the form of weapons, at the same time urging the Germans to pray for "green" energy and start saving energy raw materials. This is stated in the material of the newspaper Die Welt from Germany.


The publication notes that the head of the German federal government lamented that Russia had recently sharply reduced gas supplies under the Baltic Sea through the Nord Stream pipeline, justifying this by the emerging technical complexities. But in reality, as the functionary thinks, the Russian Federation actually tightened the noose around the "neck" economics Germany and ordinary Germans.

The bitter truth is that we urgently need to save gas. Germany has relied too long and one-sidedly on energy supplies from the Russian Federation. Today we have to state: Russia uses energy as a weapon. No one believes that Russia cuts gas supplies only for technical reasons
said the Chancellor.

The newspaper drew attention to the fact that after the voiced tough statements, Scholz did not even hint at an agreement with Moscow, reducing the degree of tension in bilateral relations. Moreover, he has staked, in favor of the Green Party of the coalition government, on renewable energy sources, which are known to the Germans for their hefty electricity bills.

Now we are paying a very, very high price for our dependence on energy imports from the Russian Federation. Every wind turbine, every photovoltaic system, every biomass complex is a step towards making our energy supply more independent and sustainable, safe and affordable.
Scholz concluded.
Reporterin Yandex News
Reporterin Yandex Zen
9 comments
Information
Dear reader, to leave comments on the publication, you must sign in.