America is rearming for a global war 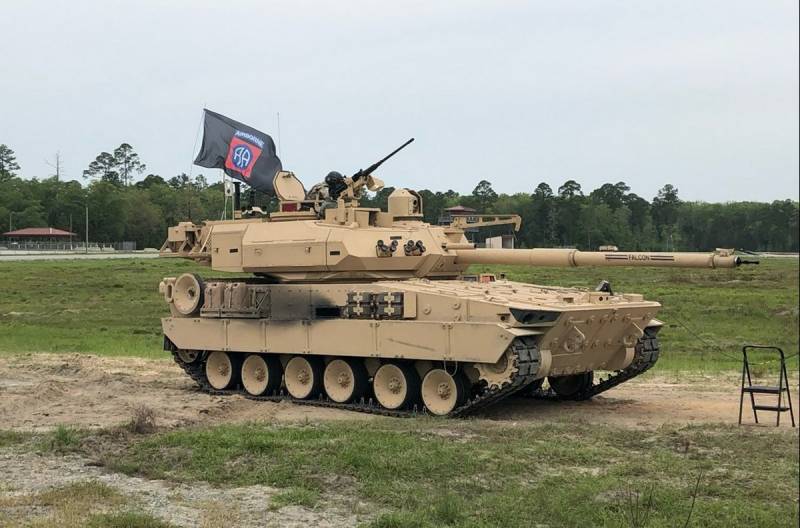 At the moment, the US armed forces, especially the army and marines, are completing the first phase of a major reform, the final of which was scheduled for 2028. It is assumed that the updated doctrine, organizational structure and military technique should serve until about the 2040s - 2050s. Moreover, they will have to serve not at home, but “in the field”, guaranteeing the preservation of American world hegemony in the foreseeable future.


Unlike Europe, where rearmament, even after 2014 and the explicit designation of the “Russian threat”, went neither shaky nor roll, and then also stalled due to the COVID-19 pandemic, in America the process is going more or less in accordance with the schedules. And the unfolding global economic the crisis may lead to the fact that in a few years the United States will remain the only owner of a really combat-ready army in NATO.

By and large, rearmament is a permanent process; in almost any army in the world and at any given time, at least one weapon system is replaced by an analogue, due to obsolescence or physical wear and tear.

The US Department of Defense, with its continent-wide budget, can afford to rearm far more than "any one system" at a time. The current R&D supercomplex for updating small arms, armored vehicles, artillery and army aviation is already the third in a row in the post-Soviet era.

At the same time, by investing huge amounts of money in promising developments, the American military finds resources for current needs, including urgent ones. For example, in the mid-late 2010s, simultaneously with the expensive Future Combat Systems program to develop a new family of tracked armored vehicles, there was also a planned formation of “temporary” motorized infantry units on Stryker wheeled armored personnel carriers, and the contingent in Iraq mastered simultaneously with a dozen samples of mine-resistant machines from different manufacturers.

The main branches of the big weapons program that is being implemented now began to grow in 2015-2018, during the Trump presidency, and the entire program as a whole is directly related to his plans for a tough confrontation with China. This is perhaps the first order for the military-industrial complex in thirty years in which a potential adversary was specifically indicated - before that, the image of the “enemy of the future” was rather vague (which, to some extent, was explained by the transitional state of the entire post-Soviet world order).

At the grassroots level, the new M5 assault rifle and the M250 machine gun chambered for the new 6,8 mm caliber cartridge were adopted. They should replace the M4 carbines and M249 light machine guns of the standard NATO 5,56 mm caliber and, possibly, the M240 universal machine guns of 7,62 mm caliber in the linear parts. Weapons under the new cartridge should ensure reliable defeat of enemy soldiers in armor protection, as well as give the American infantry superiority in long-range shooting combat, for which the rifle and machine gun will be equipped with computerized sights with a laser rangefinder. The new lightweight M17 pistol will complement the rifle and machine gun, which should become the main means of close combat, since the heavier M5 is not very convenient for him.

The main tank will remain the M1 Abrams, which will receive another upgrade package with additional reconnaissance and communications equipment, including airborne drones. For light units - "wheeled" motorized infantry, paratroopers and, possibly, marines - the Griffin 2 light tank with a 105-mm gun was adopted. In fact, this machine is not even a tank, but a self-propelled direct fire gun with a rotating turret, like the Sprut-SDM of the Russian Airborne Forces.

The fleet of light armored vehicles will be seriously updated. As a replacement for countless MRAPs and, in part, "hummers", a "single light tactical vehicle" was adopted - a high-tech armored two-axle jeep. The "temporary" four-axle armored personnel carrier "Stryker" will remain the main transport of light motorized infantry units and will receive an uninhabited tower with a 30-mm automatic cannon. The place of the ancient M113 will be taken by a new tracked armored personnel carrier - more precisely, a turretless version of the Bradley BMP, while the BMP itself will be modernized in the same vein as the Abrams tank, and will become an "optional unmanned combat vehicle."

The company of traditional armored vehicles should be made up of several samples of ground drones, both auxiliary and reconnaissance and combat, but their development is still at an early stage.

Receive new weapons and artillery of the ground forces. The Stryker motorized infantry is assigned its own 155-mm howitzer on a wheeled chassis; the final choice has not yet been made, but it is very likely that it will be the French "Caesar", rearranged to the base of the American army truck. The current main 155-mm M109A7 self-propelled gun will be supplemented by the long-range M1299, which, as reported, can throw corrected active-rocket projectiles at 100 km. The Marine Corps will receive a coastal missile system capable of launching Tomahawk naval cruise missiles and Standard SM-3 anti-ship missiles.

New helicopters are also being developed, which should replace the Black Hawk and attack Apaches, as well as the partially heavy Chinook and light reconnaissance Kiowa, in the army aviation. New helicopters should be faster and lift more cargo than the current ones. Two samples compete: a Bell rotorcraft with two rotary screws at the tips of short wings, capable of flying both a helicopter and an airplane, and a more traditional Lockheed Martin coaxial helicopter, but with an additional pusher propeller in the tail.

Most of the samples listed above are already embodied in metal, and will begin to enter the troops approximately at the end of 2023 (small arms) - 2025-2026.

In general, in the current military reform, the Americans are very conservative. Among the prototypes submitted for tenders, those that retain the greatest continuity with the old ones were chosen for production: for example, the Griffin light tank, in terms of controls and sights, is a reduced Abrams with bulletproof armor; and the M5 rifle is, by and large, an oversized M4 carbine. All sorts of "futuristic" samples were also offered, but were rejected, just for being too "revolutionary".

Why is that? Since the middle of the last century, the Americans have had a rich history of failures of large military programs that absorbed large resources but brought minimal returns. In former times, the negative effect of such useless spending was somewhat mitigated by many external and internal factors: the confrontation with only one main enemy - the USSR, the presence of sufficiently strong allies militarily, the US own economic power sufficient to make up for losses.

Now the conditions are different. There were two opponents - Russia was added to the planned China, and although each individually is weaker than the USSR was, in total they represent a greater force. In doing so, US allies have become pale shadows of themselves thirty years ago.

A hypothetical “great war”, if it does start, the States will have to wage almost exclusively on their own, which are also not the same as before. Under these conditions, even the US can no longer afford to throw money and - importantly - time down the drain.

That is why, for the future, solutions with the least technical risks and maximum "backward compatibility" were chosen; in fact - the next deep modernization of the heritage of the last century. This is not "revolutionary", but it will largely rely on existing production facilities, inventories (we are talking about spare parts, ammunition, etc.) and manpower already familiar with this technique. In other words, the Americans (unlike the same Germans) do not forget about the importance of quantity, both to maintain the resource and to make up for possible losses.

But the fact that this rearmament program has fewer shortcomings than the previous ones does not mean that they do not exist at all.

So, practitioners have big doubts about the new rifle: there is no certainty that it will cope with its task - ensuring the fire superiority of the American infantry over the enemy, and that it is generally so important in modern (rocket and artillery) combat to justify the cost of new weapons . There are many questions for a light tank: are its “cardboard” armor protection and firepower sufficient, will it become a logistical burden for those units in which it will have to serve? In light of the confrontation with China and the "threat of invasion" of Taiwan, the main supplier of chips, certain suspicions are raised by the high "digitalization" of all new samples without exception.

Nevertheless, thanks to this rearmament, the American army will maintain its current level of an extremely dangerous and hardy adversary for the coming decades.
Reporterin Yandex News
Reporterin Yandex Zen
9 comments
Information
Dear reader, to leave comments on the publication, you must sign in.