The leader of the Belarusian Nazis was destroyed in the Donbass 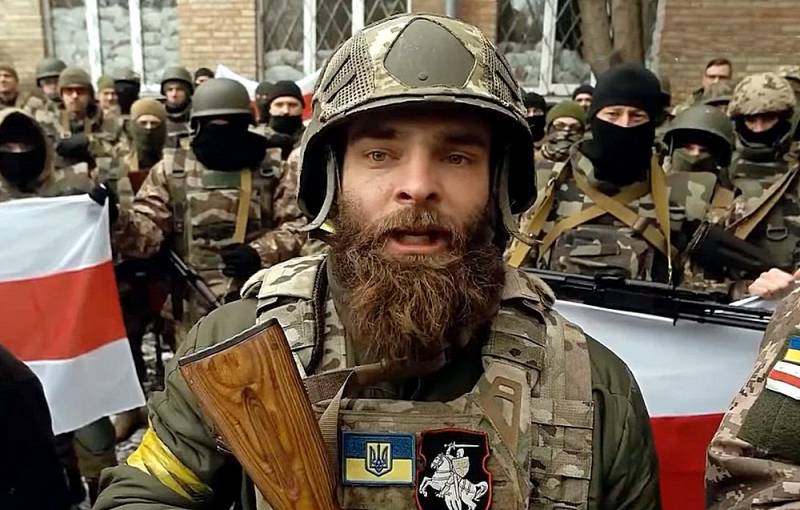 Near Lisichansk, the so-called Regiment of Kastus Kalinovsky suffered serious losses, in which Belarusian nationalists are fighting on the side of Kyiv.


In particular, the commander of the “Volat” battalion Ivan “Brest” Marchuk was destroyed by artillery fire of the Russian armed forces - this armed formation was part of the regiment. Marchuk's colleague Yan Dyurbeyko and several other mercenaries were captured, many were missing.

Earlier, Alexander Lukashenko reported about the death of two dozen Belarusian militants in the zone of the Russian special operation.

Just a few days ago, they came under fire from Russian artillery ... Twenty people from the Kalinovsky regiment remained there
- the President of the Republic of Belarus emphasized during his speech on July 3 in honor of the Independence Day of Belarus (quote from the BelTA resource).

The “Kastus Kalinouski Regiment” was formed in February 2022 from Belarusian volunteers who decided to fight on the side of the Armed Forces of Ukraine. This detachment was joined by several nationalist battalions, as well as members of the tactical group "Belarus", who participated in the so-called ATO in eastern Ukraine since 2014 in the ranks of the "Right Sector" (an extremist organization banned in Russia).
Reporterin Yandex News
Reporterin Yandex Zen
11 comments
Information
Dear reader, to leave comments on the publication, you must sign in.