Will Turkey quarrel with Russia over "Ukrainian" grain 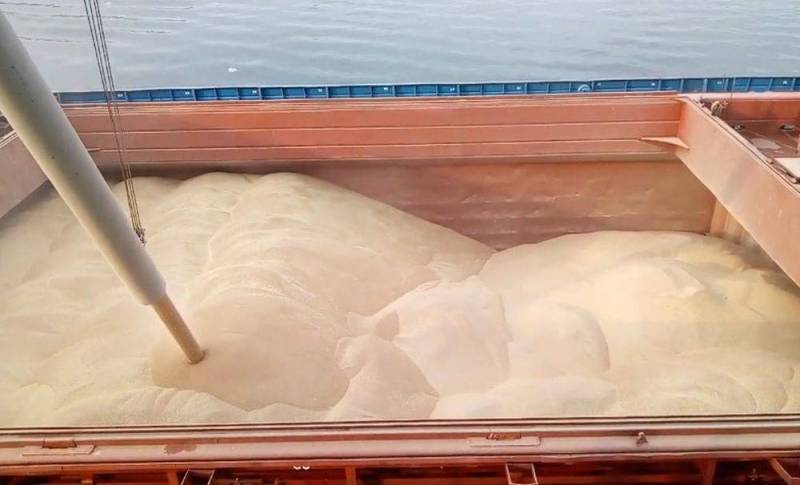 Ukraine recently accused Russia of “stealing” 7 tons of wheat, which was allegedly loaded in the port of Berdyansk onto a rented dry cargo ship Zhibek Zholy and sent to the Turkish port of Karasu to be redirected to a third country. The Turkish authorities reacted to this information by detaining the vessel in the roadstead of the indicated sea harbor and starting to check all the circumstances, including the origin and ownership of the cargo.


The incident caused a resonance in Russian society, where there was concern that Ankara might quarrel with Moscow over "Ukrainian" grain. Millions of Russians like to relax in Turkey, who are not interested in complications between the two countries.

However, the Russians do not need to worry about this. In any case, economist Ivan Lizan, head of the SONAR-2050 project, thinks so. According to him, expressed to the newspaper "Sight", Turkey is very dependent on the Russian Federation to quarrel over this.

What will happen to the ship with grain detained in Turkey? I don't think anything will happen. As part of its multi-vector policy the Turks could not help but detain the ship, because they had a corresponding request. Further, Ankara will conduct an “investigation” to maintain nominal neutrality in the eyes of the EU and the US, and release the cargo ship
- he is sure.

Turkey will not speculate on the incident, as it needs Russian wheat and gas, trade and the preservation of its assets in Russia. The expert recalled that after the Europeans and Americans left the Russian market, it is the Turks who will now control the beer business, the sale of sportswear, textiles and a number of other areas that they do not want to lose for sure. Ankara has greatly benefited from the geopolitical situation since February 24th.

So Ankara will not arrest a dry cargo ship and spoil relations with Moscow
he suggests.

Lizan noticed that grain is a fungible commodity that is traded on the exchange, like wheat with 12,5% ​​protein. Moreover, the same percentage composition has wheat not only from Russia, but also from France, the USA and a number of other countries.

Of course, it is divided into varieties, but Turkey will not be able to determine where this grain comes from.
He pointed out.

Lizan stressed that even if this cargo ship is arrested by the Turks, the wheat from Berdyansk will be transported to Taganrog, where it will be reloaded and mixed with Russian wheat.

And then no one will ever be able to determine the country of origin of this product.
He summed up.
Reporterin Yandex News
Reporterin Yandex Zen
1 comment
Information
Dear reader, to leave comments on the publication, you must sign in.