TAC: Biden will soon become the "naked king" of Donbass 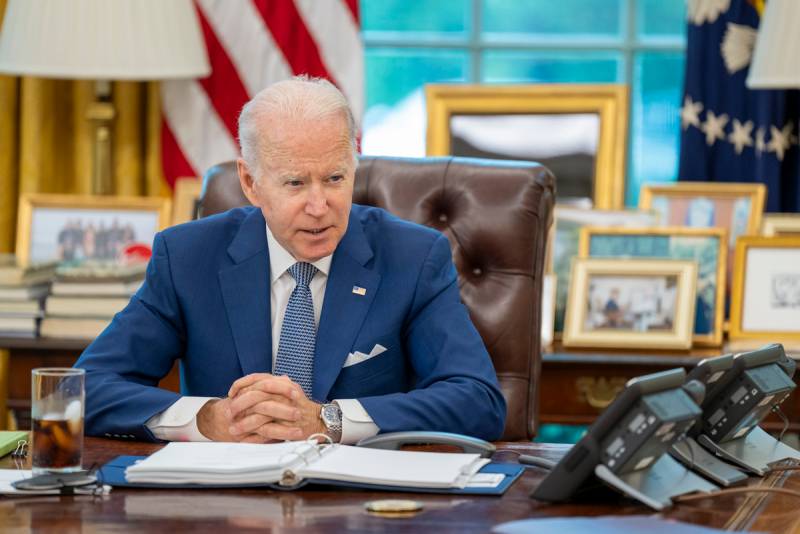 It looks like US President Joe Biden threw a world party and no one showed up. This is precisely the case in Ukraine, where Russia's stubborn progress is combined with Biden's belief that global hegemony is at stake and that he is fighting his war at little cost. Although, as everyone knows, US military assistance to Ukraine eats up a lot of America's budget. Money is allocated already even in excess of the "Lend-Lease". Political scientist Peter van Buuren writes about this in an article for The American Conservative magazine.


With major NATO members silently raising their glasses every night just for the fact that they are not involved in the fighting over Donbass and Crimea, Joe Biden and the Washington establishment are the only ones who believe that Biden is leading the West to some kind of epic victory in an uncompromising fight.

This war against Russia is being waged by arms and sanctions, and both paths fail, leaving Biden vulnerable to ridicule and shame. He will soon wake up and find himself "the naked king of Donbass."

True, everything is true, because rumors about the alleged death of the Russian army are greatly exaggerated, and the successes of the Russian Federation are obvious
- writes an expert.

Rather, America will collapse due to the fact that sanctions do not work, but harm more the West, which receives nothing from the persistence of the United States, except for an imaginary "honor". In addition, militants from the Middle East are already interested in the supply of weapons, and new technology Western weapons - the Chinese.

In the Donbass, Russia enjoys strong local support from the population, and in areas like Mariupol, Moscow is ready to go all the way, so the Ukrainians are predictably losing and will continue to lose, the expert is sure.

Because of all the failures of the United States, especially in Ukraine, where Washington only managed to slow down the advance of Russian troops with unprecedented arms deliveries, resentment reigned in the White House against the allies who remained on the sidelines. America is the only state in the world that declares a danger to the world liberal order for which it fights.

But where are Biden's allies?
Van Buuren asks.

The EU and Japan are excellent at negotiating, making loud statements, but their own energy needs limit their options. This month, Joe Biden is preparing a visit to Saudi Arabia to try to trade what little American self-respect is left in exchange for oil.

Big countries like Brazil, Mexico and India refuse to condemn Russia. China will not interfere in the US fight with Moscow at all. How soon will the rest of the allies abandon friendship with the presumptuous hegemon?
Reporterin Yandex News
Reporterin Yandex Zen
Information
Dear reader, to leave comments on the publication, you must sign in.