A military plane crashed in the suburbs

October 5 2018
0
A number of Russian media reported that a military aircraft crashed in the suburbs. 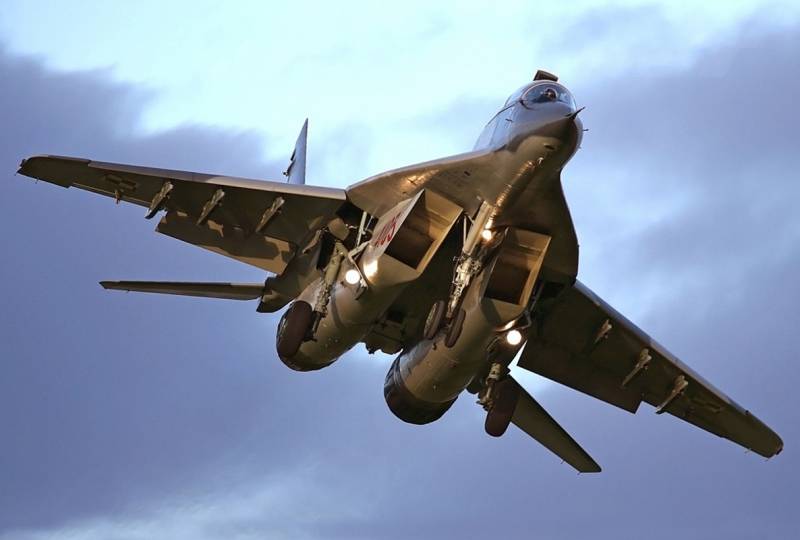 According to the information received, we are talking about the MiG-29 fighter from the M.M. Flight Research Institute Gromova.
The source reporting the information clarified that both pilots were ejected in a timely manner.

Today's catastrophe is the second that happened during the calendar month. September 19 in the Nizhny Novgorod region as a result technical The MiG-31 Flight Training Center, which performed a standard training flight, crashed. Both pilots ejected.

Reference: Flight Research Institute named after M.M. Gromova (LII) is a state scientific and technical center that conducts flight tests of experimental and experimental aircraft, as well as studies the safety, reliability and manufacturability of aircraft. Located in the city of Zhukovsky, Moscow region. Flights of the Institute’s equipment are carried out from the Ramenskoye airfield.

MiG-29 is a fourth-generation multipurpose fighter in service with the Russian Armed Forces.
Ctrl Enter
Noticed oshЫbku Highlight text and press. Ctrl + Enter
We are
Army modernization: farewell to earflaps and caps
Russian S-300s are already in Syria: delivery frames published
Reporterin Yandex News
Read Reporterin Google News
Ad
The publication is looking for authors in the news and analytical departments. Requirements for applicants: literacy, responsibility, efficiency, inexhaustible creative energy, experience in copywriting or journalism, the ability to quickly analyze text and check facts, write concisely and interestingly on political and economic topics. The work is paid. Contact: [email protected]
Information
Dear reader, to leave comments on the publication, you must to register.
I have an account? Sign in