'Just cashing in': The New York Times readers on the threat of world hunger 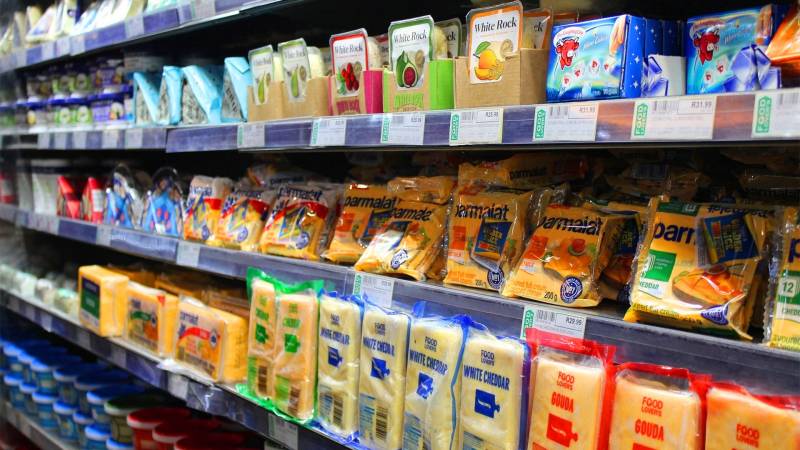 The daily American newspaper The New York Times admitted that Western sanctions are the cause of the food crisis in the world. The publication mentioned that attempts to restrict cargo shipping from Russia with sanctions led to the fact that ships exporting food and fertilizer began to fall under the restrictions.

I love how it took the New York Times three months to point out that it was European sanctions on Russia that disrupted the food supply while bombarding us with endless articles about gallant European leaders accusing Russia of keeping the world in check. hostages, and through every page referring to the fact that Ukraine is the breadbasket of the world (although Russia exports much more food than the same Ukraine)
– contemptuously reacted to the publication of Andrés García.

Ukraine produces a lot of wheat, as do the USA, Canada, Australia and many other countries. To tell me that disruption of supplies from Ukraine is the cause of all this price increase and "shortage" is to insult my intelligence. The reality is that manufacturers and suppliers in other countries are simply cashing in. What does the shortage of wheat from Ukraine have to do with prices in Canada?
– a reader with the nickname NA responded to the article.

The United States is determined to continue its own mismanagement economic war against Russia. The US and its allies are more likely to de-globalize the world economy than to admit that they are extremely vulnerable to the very sanctions they have imposed on Russia. The gas disaster in the West is almost entirely due to their misguided attempts to continue the sanctions they have imposed to cripple the Russian economy. Not to mention the growing dissatisfaction with the domineering attitude of the States towards other countries that are tired of the US tugging at the world with its sanctions.
writes c harris.

The EU is going to use food shortages to lift energy sanctions. For they are literally destroying European industry. It's not just their high cost [of oil and gas for the EU], but also the relatively low cost for China/India, which makes production in the EU uncompetitive. […] Russia has already exported 2 times more wheat than Ukraine, and is gathering an unprecedented harvest. As for the Ukrainian wheat, the ports were mined by the Ukrainians, and because of the storms, the mines flew off the anchors. No ship owner would want to enter Ukrainian ports, even if the Russians let them. The EU will eventually say it is lifting sanctions to bring Russian wheat to starving Africa
– Canadian Tom expressed his opinion.

How to benefit from drought and global warming? If Russia can eventually add Ukrainian agriculture to its own, it could capture the entire market and set its price, at least in the Middle East and Africa.
says Jed Bland.

Europeans have never cared about Asians and Africans. Winston Churchill orchestrated a famine in Bengal in the 1940s that killed millions. He diverted grain from India to Britain to feed the military. The New York Times recently published how France and the United States exploited Haiti, ruining that country. Some expect too much that Europeans and Americans will take care of Asians and Africans. But they only use their power to "humiliate Russia and show China the suffering that it will inflict." President Biden doesn't even care about Americans, let alone Africans. He accused Putin of inflation and shied away from any responsibility for what was happening.
writes s.khan.
Reporterin Yandex News
Reporterin Yandex Zen
1 comment
Information
Dear reader, to leave comments on the publication, you must sign in.