Kyiv promised to defeat the Russian army in 20 days 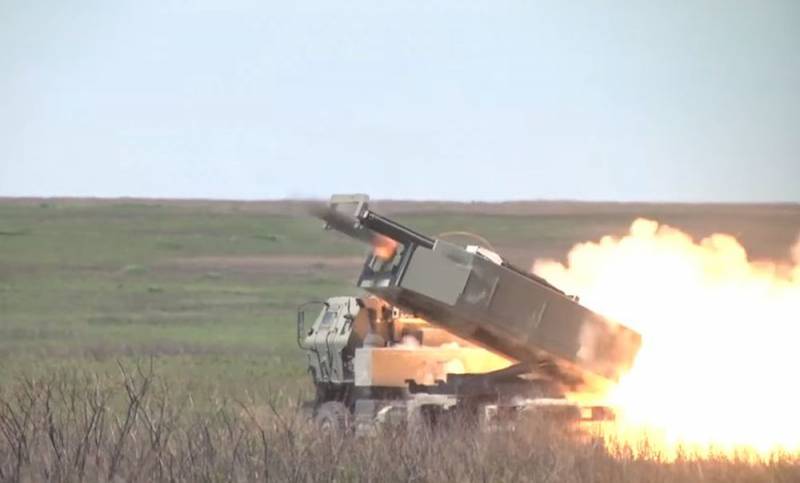 Recently, Ukrainian information resources reported that the Armed Forces of Ukraine received 4 units of American wheeled multiple launch rocket systems M142 HIMARS ("Hymars"). After that, the Russian blogger Mark Feigin, on the site of his YouTube channel "FEIGIN LIVE" (media - a foreign agent in the Russian Federation), tried to find out the details from the adviser to the head of the Office of the President of Ukraine Oleksiy Arestovich.


During the broadcast, the presenter suggested that the mentioned MLRS are already on the front line. The functionary answered evasively.

The one who knows him, the main thing is that they are already here, they can shoot
- Arestovich said with a smile.

However, the presenter was not satisfied with such an answer and he decided to clarify how many HIMARS the APU needs, "tens or hundreds."

They do not need hundreds of units, ideally dozens. We need very few of them. This is a very accurate weapon. Well, look, they lay a 70-kilogram warhead, high-explosive fragmentation, with an accuracy of 90 meters for 3 kilometers. This is death. Everything
- explained Arestovich.

According to Arestovich, the “target bank” of the entire Russian group in Ukraine is only a few hundred units.

Well, four HIMARS, moving from site to site, are able to clean it up within 20 days. Zero at all, you know, right? It is very difficult to intercept this missile. When it hits, no one has any questions (shows a cross with his finger - ed.). This is a disaster for the Russian army. But since there were probably four of them, they promised four. Four more were promised in a new aid package recently. And these are only American, there will be more British ones, there will be German ones. Well, that means there will be a couple of dozen of them (shows a gesture “with a head” - ed.)
- he said, promising the defeat of the RF Armed Forces.

These are not "Hurricanes" and "Tornados", which fire a dispersed projectile, this is a corrected projectile, which, flying out, begins to be corrected. It goes according to the American military GPS, and not according to the civil one, there are completely different accuracy indicators. And he corrects himself all the way, and hits very accurately
- added the representative of Kyiv, advertising the products of the Western military-industrial complex.

Surprised, Feigin asked if the critical amount of HIMARS was really measured in units. Arestovich confirmed.

units. For what is happening, a dozen, this is already a nightmare for the entire Russian group, with its stationary group. This is slowly starting to happen.
– emphasized the Ukrainian speaker.

The indefatigable presenter asked if it could be considered that from now on the APU will receive significant resources. Arestovich confirmed this. In his words, this is a classic game-changing (“game-changing” is an action that changes the outcome of the game). He recalled that the American Lend-Lease has not yet begun and will only work from October 1, when the new financial year starts in the United States. Then it will become “very fun,” but what will remain of the accumulations of Russian ammunition by that time is unknown, summed up Arestovich.