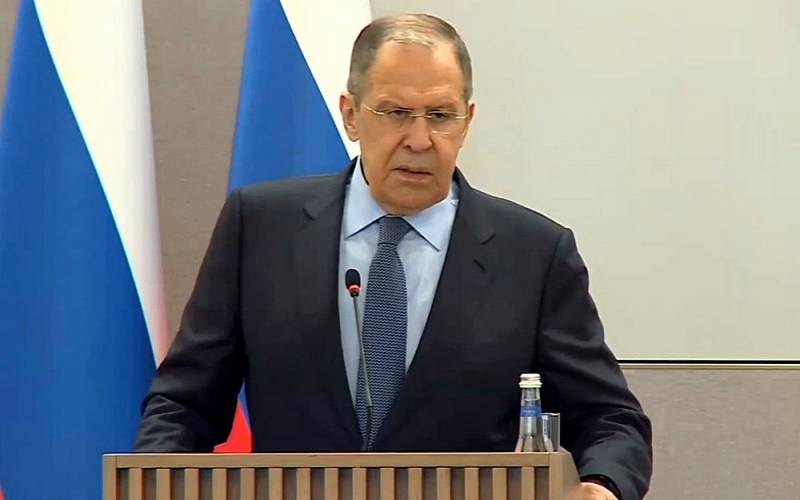 Russian Foreign Minister Sergei Lavrov, during a conversation with the press following a meeting with Azerbaijani Foreign Minister Jeyhun Bayramov on June 24, pointed to the West's preparations for military operations against the Russian Federation.

The European Union, together with NATO, are assembling a modern coalition for war with the Russian Federation
- declared Lavrov.


Earlier, the minister commented on the assignment to Ukraine and Moldova of the status of candidates for joining the European Union. According to him, Moscow will closely monitor the actions of Brussels and the EU candidate countries in order to assess the degree of independence of Kyiv and Chisinau in this matter.

Meanwhile, Nikolai Patrushev, secretary of the Security Council of the Russian Federation, expressed a similar opinion about the intentions of the North Atlantic Alliance. During a meeting with colleagues in the CSTO, he drew attention to the progressive approach of Western military structures to the borders of Russia and Belarus.

Along with this, NATO Secretary General Jens Stoltenberg plans to exclude Russia from the number of alliance partners at the upcoming summit of the organization in Madrid. In his opinion, the Russian Federation is currently "a threat to security, peace and stability." In addition, the rise of China is said to be a challenge to the interests of the Western bloc.
Reporterin Yandex News
Reporterin Yandex Zen
7 comments
Information
Dear reader, to leave comments on the publication, you must sign in.